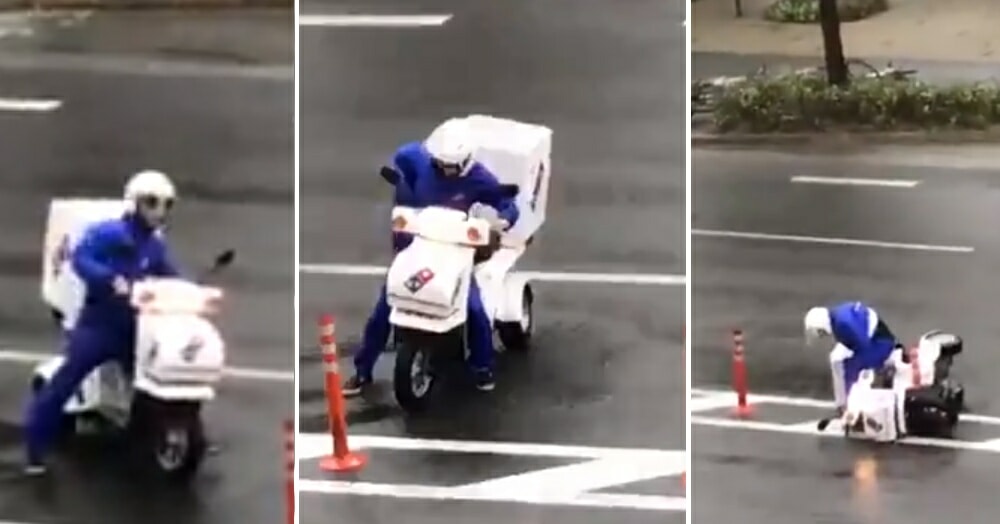 As we all know, Typhoon Jebi made landfall in Japan a couple of days ago and it has been the worst Typhoon to have hit the land of the rising sun in 25 years!

But it seems that not even a typhoon this strong can stop this Japanese deliveryman from trying to make his deliveries. 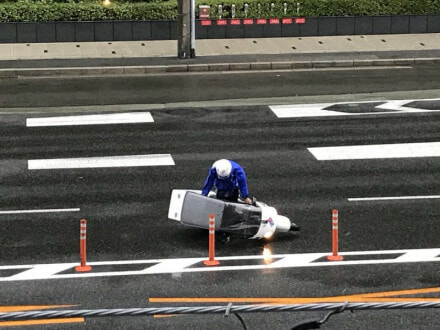 We don’t know whether to call this man brave, dedicated, or stupid. He’s probably all three for working under these circumstances!

Anyway, you can bet netizens all over the world are pouring praises for him! Us included! Hats off to this man, seriously.

According to NextShark, many Japanese netizens praised the driver’s sense of duty and responsibility but blamed Domino’s for sending out their employees during these hazardous and dangerous times.

If you’re wondering what a black company means, it has nothing to do with skin colour! Actually, a black company is “a large growth company that adopts a large amount of young people in emerging industries and crushes them by overworking them, making them commit illegal labor, and through power harassment.

Either way, the deliveryman was unable to make his delivery as the winds had become so strong, that they blew him and his bike to the ground!

In the video, you can see him struggling just to move against the wind, before he gives in to Mother Nature and tries to find shelter.

Here is another video of what can only assumed to be the same deliveryman, being soundly defeated. The video was reportedly taken in Osaka.

He loses his scooter to the strong winds but reportedly manages to find temporary shelter in an apartment block. Fortunately he’s safe to continue his good delivery work!

Here’s some footage of the damage caused by Typhoon Jebi to show the scale of events, and the danger the poor man was in:

#TyphoonJebi, the most powerful storm to hit Japan in 25 years, ripped off rooftops, toppled trucks and triggered mass floods as it pummeled the country's western coast. At least nine people have been killed and as many as 340 others have been injured. pic.twitter.com/sHBUxafvW5

We’re not sure who in their right minds would want to order pizza in the time of a typhoon, but this deliveryman has some serious guts to face a literal storm to get the job done.

Also read: Despite Being Earthquake Victims, The Japanese Still Line Up to Only Buy What They Need 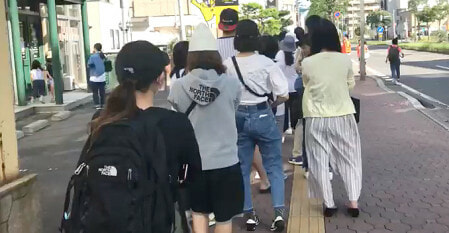