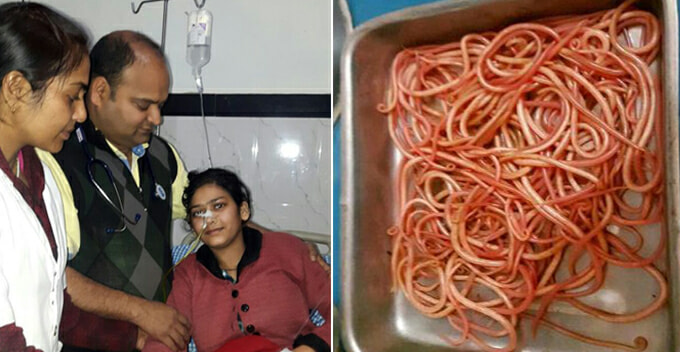 For most people, stomachache can be solved by a quick trip to the toilet. But for this lady, it’s not as simple.

In Northern India, a lady was rushed to hospital on January 2 after experiencing extreme abdominal pain and vomiting for over a month. Neha Begum, 22, from Chandauli, Uttar Pradesh was diagnosed with intestinal obstruction and immediately went into surgery.

According to Metro, The doctors had the shock of their lives when they saw the content in her stomach. A team of doctors in KG Nanda Hospital discovered 150 live worms wriggling in her stomach. And if that wasn’t bad enough, the worms were each 25 centimetres long. 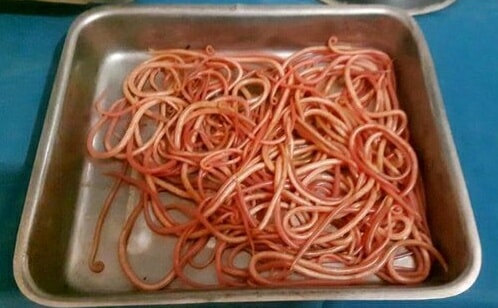 Dr Anand Prakash Tiwari, a medic at the hospital, said:

The doctor said that Neha was lucky because the worms were discovered before they travelled to her brain which could cause severe neurological brain damage. 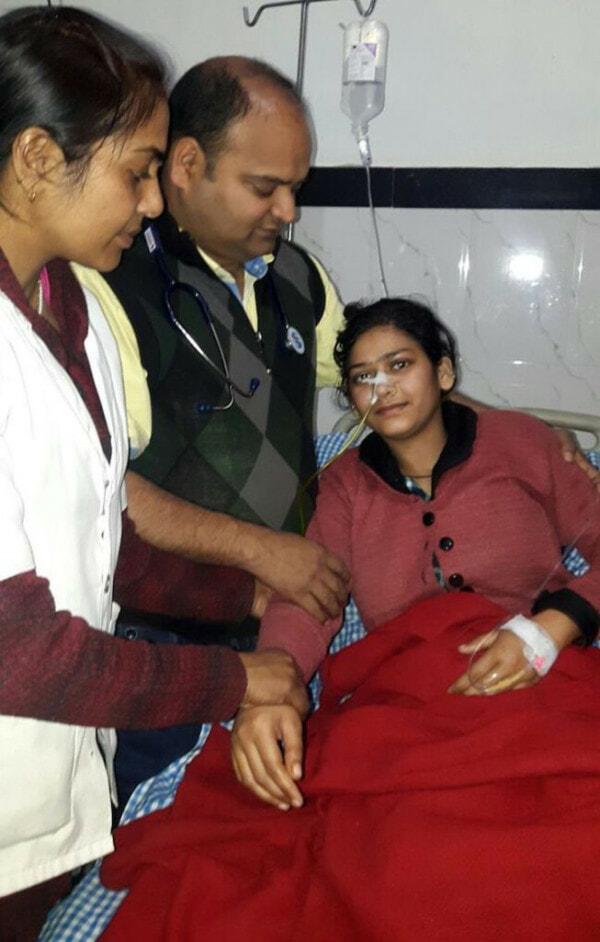 Earlier, Neha visited a few general physicians and they all sent her home with some painkillers.

“I was in extreme pain for weeks. It was awful. I suffered so many sleepless nights and I used to scream in pain and vomiting. But now it’s like I have a new life. I am very thankful to the doctors here for ending my problem,” said Neha.

According to Dr. Tiwari, the worms had formed in her body because of her unhygienic lifestyle.

“The eggs of such worms are usually found on green vegetables and in non purified water, which is why doctors always suggest that vegetables need to be thoroughly washed before being consumed, ” she said.

“Basic hygiene can avoid problems like these. These worms get into the bloodstream and then grow inside the body,” the doctor added.

So guys, clean your food thoroughly especially raw meat and vegetables because you won’t want worms wriggling inside your stomach.

I don’t know about you guys, but I’m definitely staying away from spaghetti at least for a while.