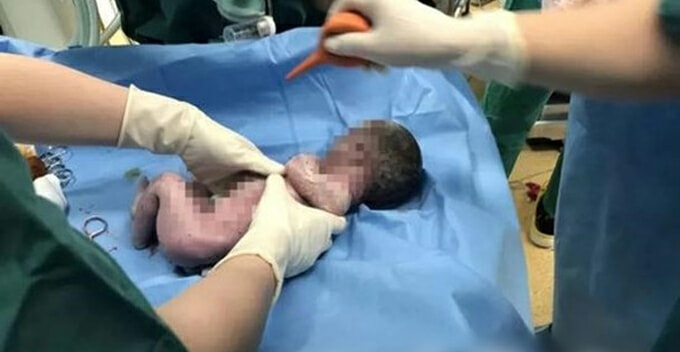 On 21 March, a newborn baby almost died after the expecting mother had to be rushed into operating theatre due to a life-threatening condition. This incident happened in Zhejiang, China and the mother was already eight months into the pregnancy.

According to Sinchew, the 38-year-old mother suddenly vomited white foam and had a seizure before collapsing on to the floor at around 1pm. She was sent to the Emergency Department where she was diagnosed with eclampsia, a serious condition that could prove fatal to both the mother and the baby. 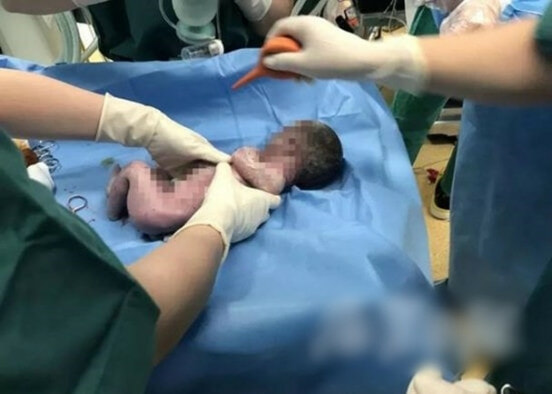 Her blood pressure was extremely high at that time and the doctors decided to perform surgery in order to save the baby and the mother. While the operation was ongoing, the father surnamed Loo, was waiting anxiously outside the room. Sadly, the newborn didn’t cry at all and when he was born, his body was on the pale side.

After a few minutes, the baby boy had stopped breathing and there was little to no heartbeat detected. However, the paediatrician, anaesthetist, and other nurses didn’t give up. They administered CPR and other treatments to the baby but after one hour of trying, the baby still showed no signs of a heartbeat.

They had no choice but to inform the father who was waiting outside. Accepting the heartbreaking truth, the man decided to stop the resuscitation attempts and expressed his wish to see his son for the last time. Understandably, he broke down upon seeing his baby even though the medical team was still working hard to revive his son.

Suddenly, a miracle happened as the baby’s heart started beating. The doctors and nurses began cheering for the baby as they were shouting, “Don’t give up, baby!” They continued with the treatment and successfully stabilised the baby’s condition in the end.

Clearly, the baby is a fighter. Hence, the father decided to give his son a name that connotes ‘strong’, with the hope that he will have the strength to live on. The doctors were relieved as well and said they’ve never encountered such touching and nerve-wracking incident before.

Kudos to the doctors and nurses for not giving up on the baby. Otherwise, he wouldn’t have made it. #Respect! 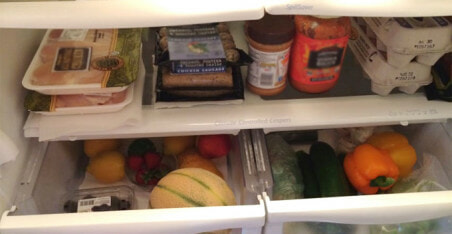