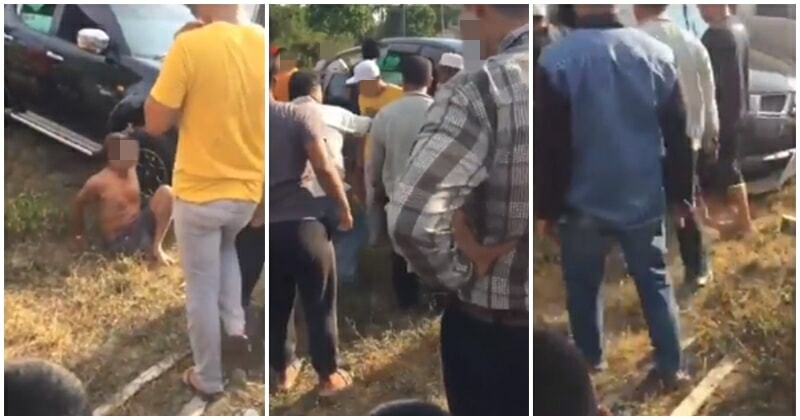 Filming violence and posting it on social media has long been an in thing with Malaysians these days.

From school children to restaurant owners, Malaysians seem to possess an inner gangster waiting to come out at the slightest of provocations.

This seemed to be the case when a group of men thought that it’d be fair for them to gang up on a one-legged man, in their effort to get even.

The video shared by a netizen on Twitter featured a group of men beating a handicapped man for allegedly hitting an elderly man and attempting to slash the said man with a parang.

But no matter the situation, justice should not be served by anyone other than the authorities.

Those tweeting about the incident mentioned how unfair the situation had become.

One tweet writes, “My heart breaks. Nothing can justify beating and kicking a person who has only one leg.”

“Why are people just so cruel?”

The incident which took place in Kelantan (based on the accent), is just one example of how one should never resort to violence no matter what the cause.

Horrified netizens slammed those involved in the incident.

“Wow, beating a handicapped man senseless. These people are idiots.” 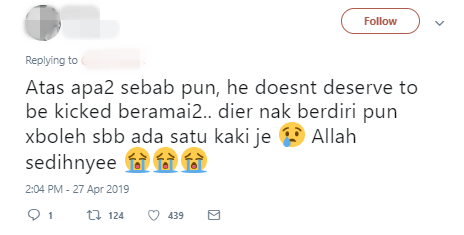 “He does not deserve to be beaten up whatever the reason. He is not even able to stand on one leg for god’s sake.”

We sincerely hope that those who are involved in the incident are brought in for further investigation by the authorities.

Also read: Foreign Worker Who Molested Female Driver in Penang Gets Badly Beaten Up by Passersby 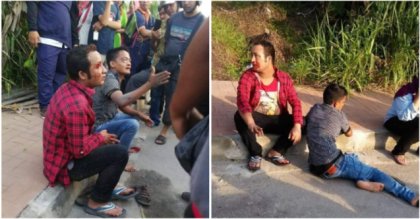