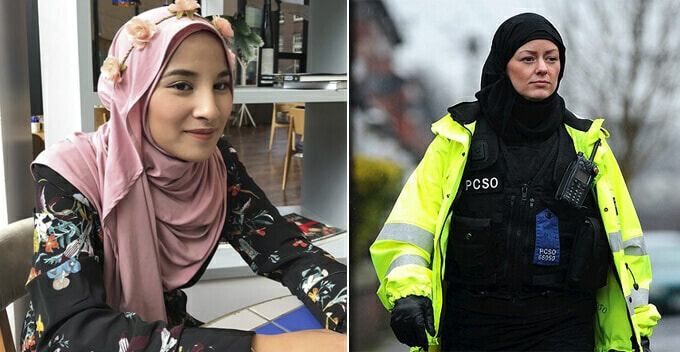 Did you know that the hijabs many of the policewomen in the United Kingdom (UK) are wearing now are actually designed by a fellow Malaysian? Neither did we!

Thanks to her hard work and perseverance, Dr Eliesmaziah Alias, or fondly known as Dr Elies, managed to design some super comfortable and functional hijabs that are now being used by the law enforcers in the UK. The 45-year-old designer who’s also the founder of Instant hijabs UK said it all started when she met with a few police officers at an exhibition.

“I noticed the material of their uniform and thought it wasn’t suitable for the police force. So I talked to them and from there, I got to discuss with their superiors.”

We are so proud and happy to announce that most police forces in the U.K. has officially adopt our MoreSlim sports hijab as their hijab of choice for the Muslim policewomen. ان شاء الله I’m working with more forces at the moment to adapt to their own specifications too. الحمد الله so happy to be able to help Muslim women to be able to work and to pursue with sports without compromising their belief “ . More great news to come ان شاء الله الحمد الله Watch this space #moreslimsportshijab #instanthijabsuk #muslim #muslimfashion #hijab #hijabfashion #halal #islam #careerwoman #freedom #choices #scarf #modestfashion #powerfulwomen #hijabi #tudung #muslimah

It was understood that MoreSlim sports hijabs have been distributed to the police force since October 2018 and she was requested to design hijabs for their tactical unit one month later. What sets her product apart from the rest in the market is that the fabric she uses is specially manufactured to provide maximum comfort even under stressful conditions.

The hijabs have also received authentication from organisations such as:

“I’m happy to work with them because they respect the knowledge and expertise that I have in this field and take my idea into consideration even though I’m from Malaysia. They understand and respect Muslims,” Dr Elies, who has a PhD in this field, said.

If it’s good enough for the British Police force, it must be good for you. Will be working with the British police ان شاء الله . MoreSlim sports hijab is not like any other so called sport hijab. It is lightweight, breathable, providing modest chest coverage and comfortable. Added to that are their antibacterial, anti-microbial and antiperspirant properties. . The technical fabric passed the EN, ISO and AATCC testing standards. This hijab is properly researched scientifically and backed up by many sportswomen. #instanthijabsuk #sportshijab #antibacterialhijab #running #runninggear #sports #sportswear #runningirl #runningcommunity #marathontraining #marathon #halal #technicalfabric #inspiration #hijab #muslim #muslimwomen #activemuslim #schoolhijabs #sportswomen #sportygirl #mlexpo #mlexpo2018

After her hijabs gained popularity among the police force, the fire department in the UK has also requested Dr Elies to design hijabs for them. Congratz!

If you ladies are interested in MoreSlim hijabs, you can visit their official website here. They ship worldwide too!

Also read: This Japanese Company Made Kimonos with Hijabs So Muslim Women Can Wear Them Too! 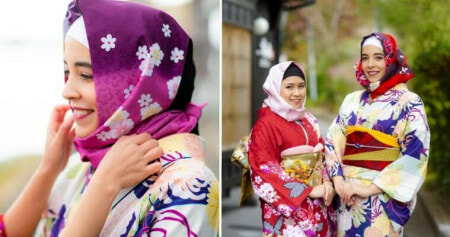