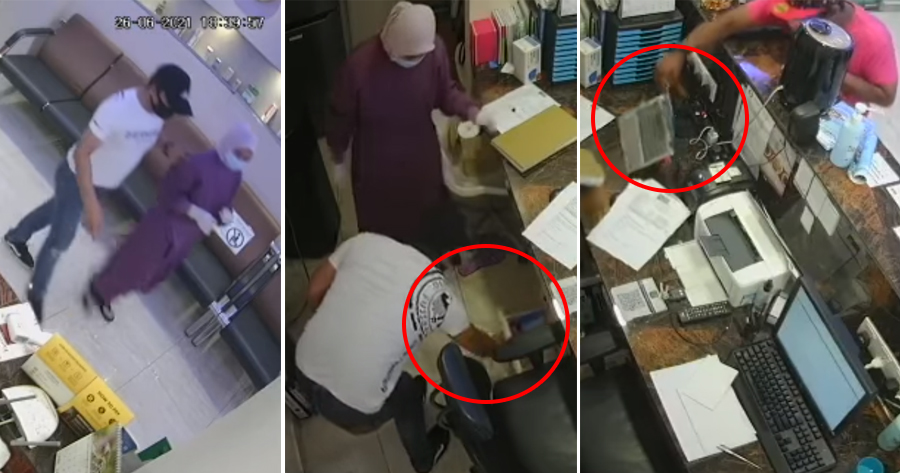 Two men were arrested after they were suspected of being involved in a robbery at a dental clinic in Taman Melati on 26 June, while two other suspects are still at large.

According to Wangsa Maju police chief Supt Ashari Abu Samah, the suspects who are in their 30s were arrested around Wangsa Maju about four hours after the robbery.

A video circulating on social media shows one of the dental clinic staff opening the door for the four suspects. Astro Awani reported that they were armed with machetes although the weapons were not seen in the video footage.

The situation doesn’t seem suspicious until one of them follows the staff behind the counter where he takes two handphones and starts opening drawers. He then orders the staff to give him her watch while another suspect takes a laptop from the counter. In about two minutes, the four suspects leave the clinic.

Another video shows the suspects escaping in a black Proton Saga.

Supt Ashari Abu Samah said that the police seized the Proton Saga and a machete that was suspected to be used in the incident. Upon further investigation, results showed that both the suspects had past criminal records related to drugs.

“Members of the public who have information related to this incident, are requested to contact the Wangsa Maju District Police Headquarters at 03-9289 9222, the Kuala Lumpur Police Hotline at 03-2115 9999 or any nearby police station,” he said.

He added that the two suspects were remanded for six days to assist in the investigation while the case is being investigated under Section 395/397 of the Penal Code.

An estimated amount of RM10,000 was lost during the incident. 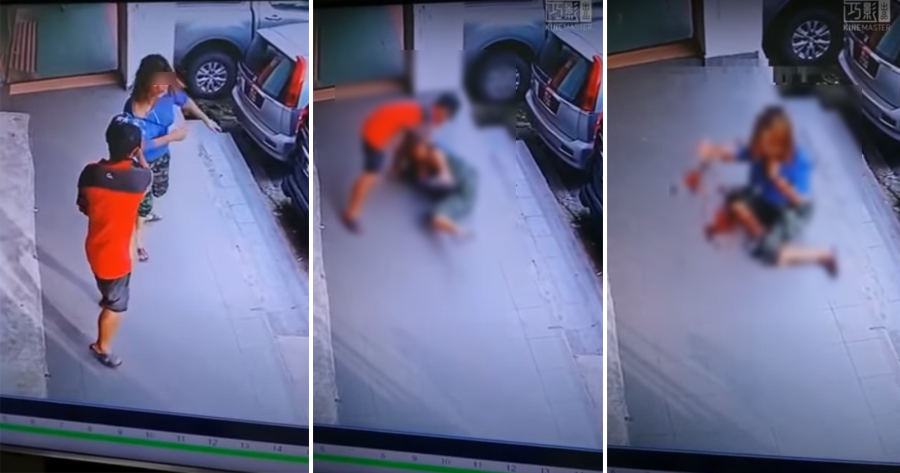