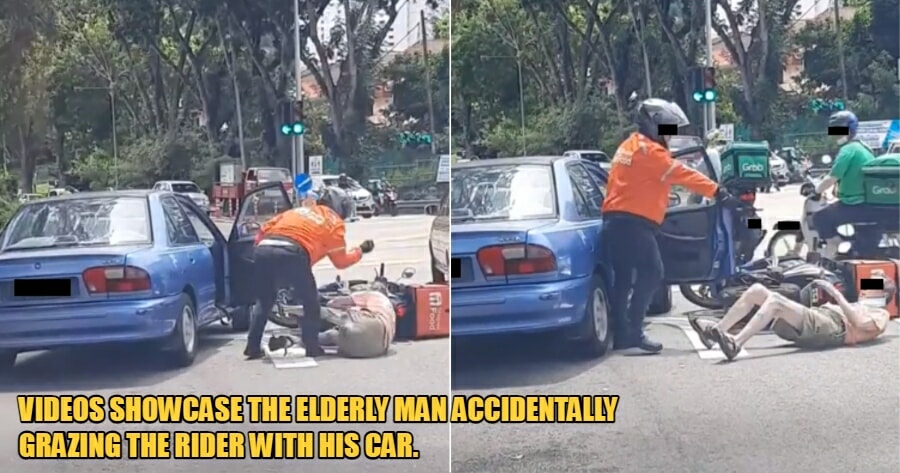 Accidents happen everyday. So much so, that we tend to take things into our own hands, by coming up with mutual agreements instead of going to the police to fail a report.

That’s basically the only way we should settle things in traffic mishaps.

The Inforoadblock Facebook page took to their profile to showcase videos of a food delivery rider attacking an elderly man in Penang, after the latter caused a small collision between the two. 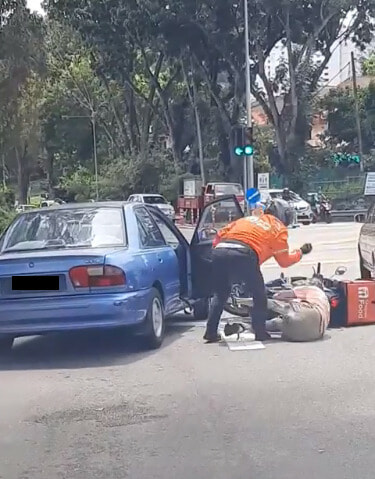 Inforoadblock wrote, “An elderly person was injured in the eye after he was beaten by a food delivery rider in an incident on Jalan Fettes, Tanjung Tokong on Wednesday afternoon. An 80-year-old man was driving the car that is said to be involved in an accident with the delivery rider at about 1:40pm.”

In the video, the elderly man, driving a Proton Wira, could be seen almost knocking the rider down. The rider, unhappy with the close call, then slowly put his motorcycle down onto the road and proceed to pull at the elderly man’s door. 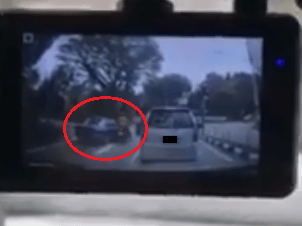 “Dissatisfaction caused the senior citizen to be beaten and the commotion was successfully dispersed by the public soon after. It is understood that a police report has been made following the incident,” Inforoadblock added. 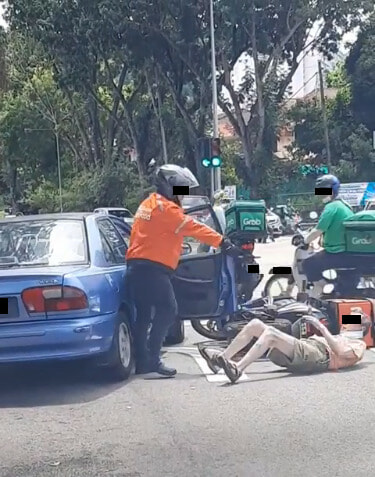 According to Malaysia Gazette, the delivery rider has pleaded not guilty at the Georgetown Magistrates’ Court after being charged under Section 325 of the Penal Code, and is currently out on RM3,000 bail with one surety awaiting his mentioning on December 14.

You can check out the videos to the incident here:

Posted by Inforoadblock on Thursday, September 22, 2022

This is why the only time you should take accidents into your own hands, is when you want to have a civil conversation and come up with a mutual agreement. 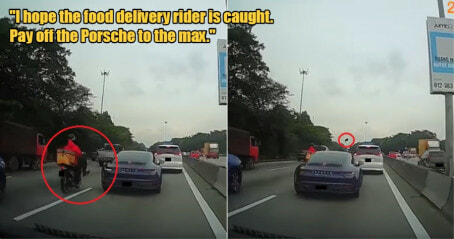