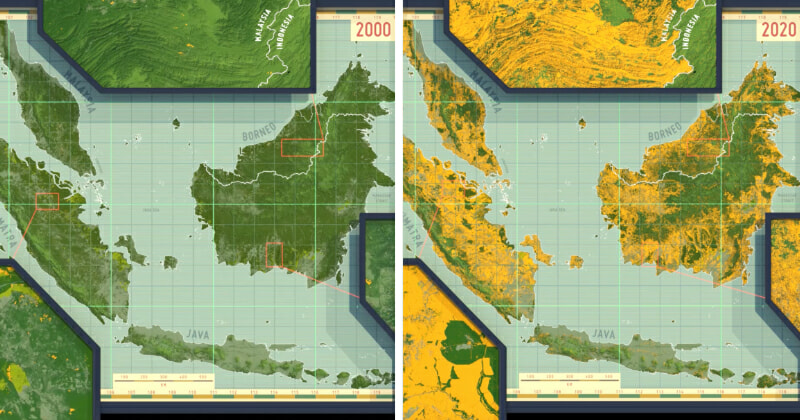 The adverse effects of deforestation in Malaysia have been in full display lately with the severe floods that affected most parts of our country devastating the lives of thousands. Furthermore, the frequent sightings of wild animals such as the Malayan tiger in public areas recently further highlights how deforestation, whether through legal or illegal loggings have gravely affected the natural ecosystem of our flora and fauna.

While deforestation has definitely been in the limelight recently, you’d be surprised at how rampant forest loss has been over the decades. In fact, thanks to a data-based motion graphic video that has gone viral on Reddit, we can now visualise it first-hand.

Based on deforestation data over 20 years from 2000 to 2020 in Malaysia and certain parts of Indonesia, Reddit user u/crossground created a motion graphic visualising just how ubiquitous forest loss have been in our country and in the nearby Indonesian regions. Posting the result in the r/dataisbeautiful subreddit, you can clearly see the yearly demise of our forests via the motion graphic video here:

Elaborating on the post, u/crossground who previously created a viral post on the visualisation of the rampant deforestation in the Amazon in South America said that the tool used has been expanded to work with multiple large datasets. Furthermore, the latest video’s visualisation covers a large part of Southeast Asia that is particularly affected by extensive logging and palm oil plantations.

In the motion graphic, landmass is depicted in grey, forest cover is green, peatland cover is lim-green and forest loss is yellow. Moreover, red rectangles represent the extents of the 3 zoomed-in regions of Indonesia’s Riau and Kalimantan as well as Malaysia’s Sarawak.

In regards to Sarawak, u/crossground elaborates how rainforests in the state have been decimated due to logging and palm oil industries. Furthermore, based on data, both legal and illegal deforestation has affected the life of indigenous tribes, especially the Penan, whose livelihood is heavily dependant on forest produce.

This visualisation of the forest loss in our region is deeply concerning. What do you guys think? Share your thoughts with us in the comments. 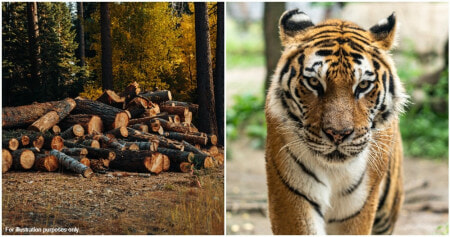