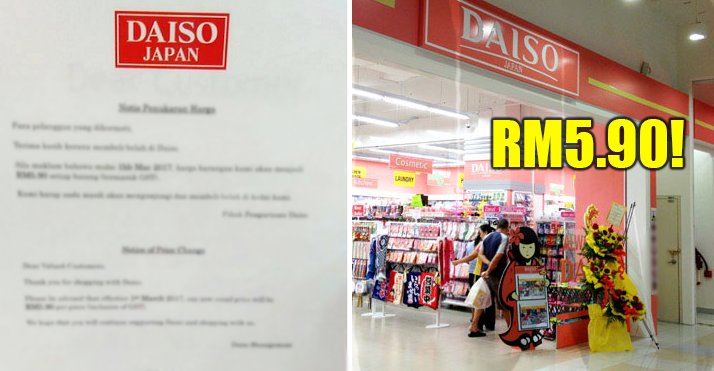 This is a sad news to all! First, Malaysians have to go through the pain of having to fork out extra for the recent petrol price hikes, now we have Daiso too!

The popular Japanese franchise variety store is raising it’s usually stagnant price and it’s definitely a bad news to most. 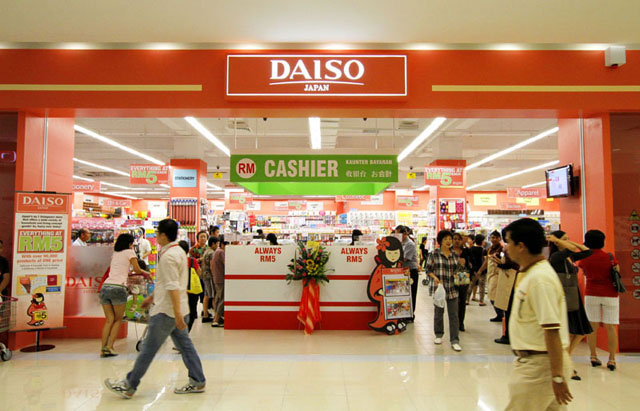 The goods from Daiso was initially priced at RM5.00 in the beginning, it was then raised to RM5.30 and it is now being raised to RM5.90.

Boasting 39 stores in Malaysia, the Japanese Franchise Company has taken a bold step in increasing it’s price for 60 cents in one leap.

However considering the price hike in pretty much everything, especially the rise in fuel price lately, it comes as no surprise that the store is forced to raise it’s price to keep up with the economy.

A notice was put up at Daiso to notify customers of their latest price hike. A netizen had taken an image of it and then shared it on Facebook. 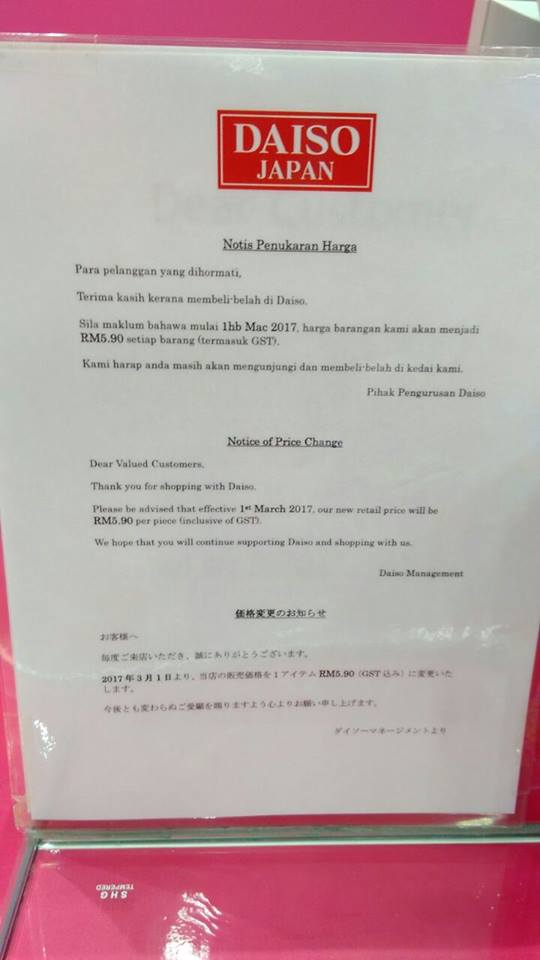 As seen from the notice, from March onwards, all items in Daiso will be raised from RM5.30 to RM5.90 (Including GST ).

It is concerning to the public that they are implementing such a huge raise in price, several customers have since stated that they would choose the alternatives such as Mr. DIY as the store has not raise its price.

However, with the amazing quality and huge variety of Daiso’s goods, we can’t really do much but deal with the price hike anyway 🙁 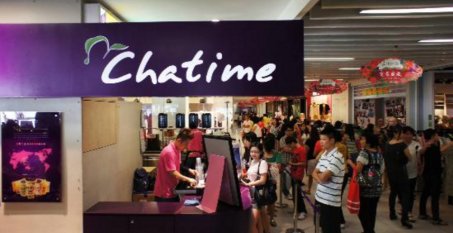