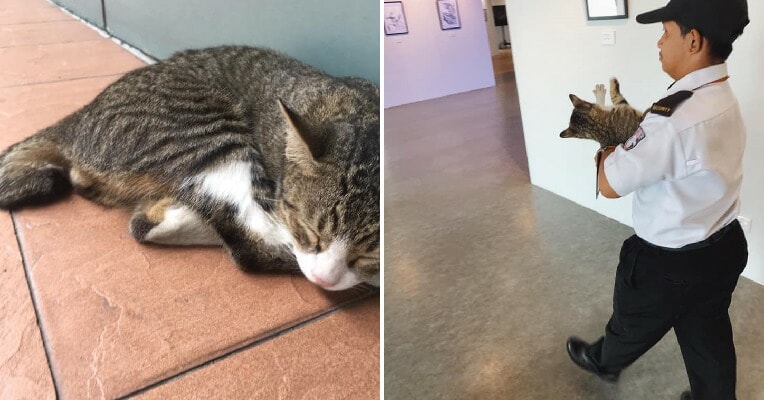 It looks like it’s not only humans who know how to enjoy fine art, as cats may also know a thing or two about this! Remember the two kitties who tried to enter a Japanese art museum for years? Well, we have something similarly adorable in Malaysia too, as shared by this student in The One Academy. 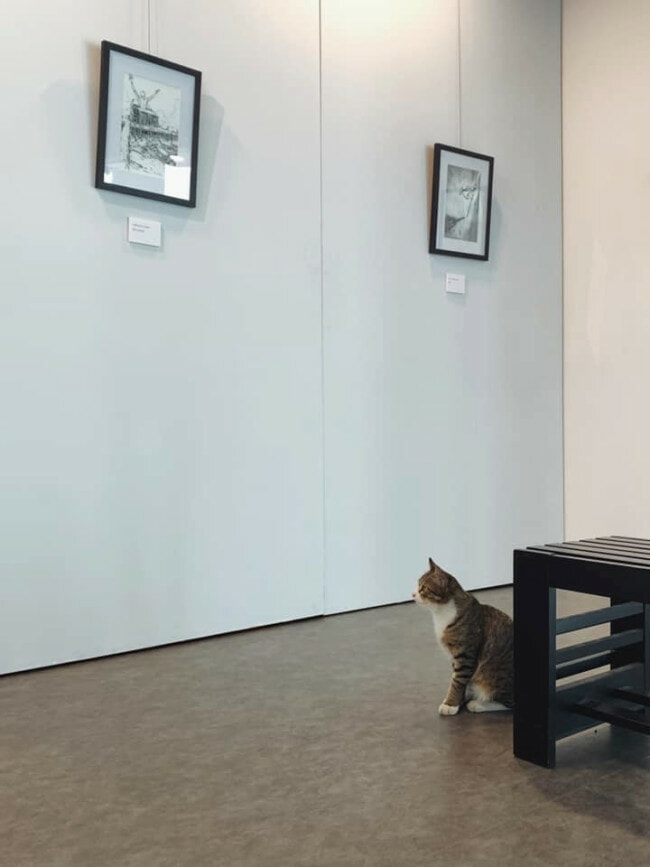 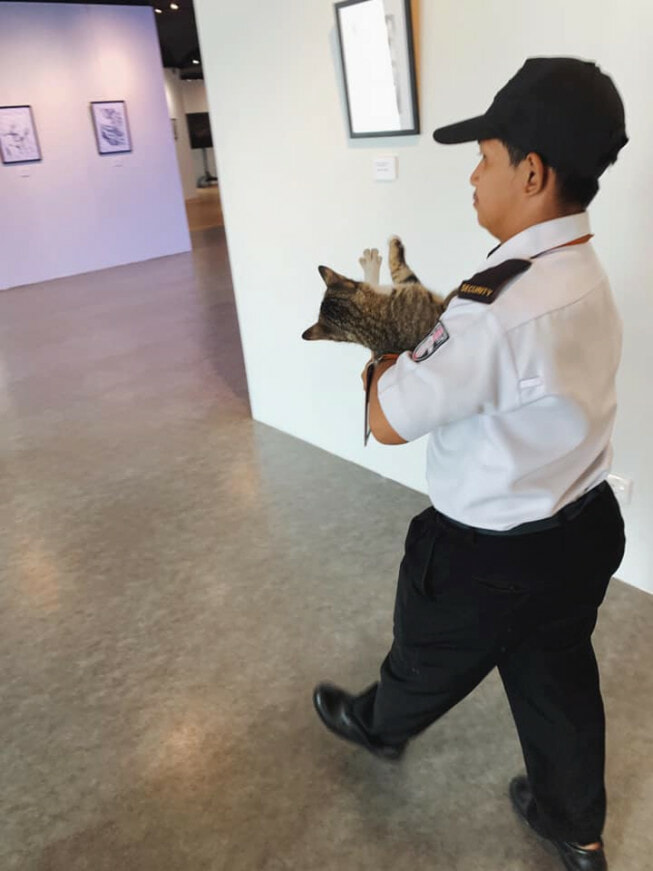 A post by Skyler Chui on Twitter has gone viral with over 23,000 retweets so far. He said that he was attending an art exhibition held by his lecturer, WC Sin, and suddenly saw an extra furry guest in the hall. He said, “This cat wandered into our campus to enjoy the exhibition today and it’s the cutest thing I’ve ever seen but was quickly escorted out.”

Skyler uploaded two photos of the incident, one showing the kitty staring at the art on the wall and looking like he really appreciates it. However, the feline’s chance to enjoy some art is short-lived as in the second picture a security guard is shown carrying the kitty out. 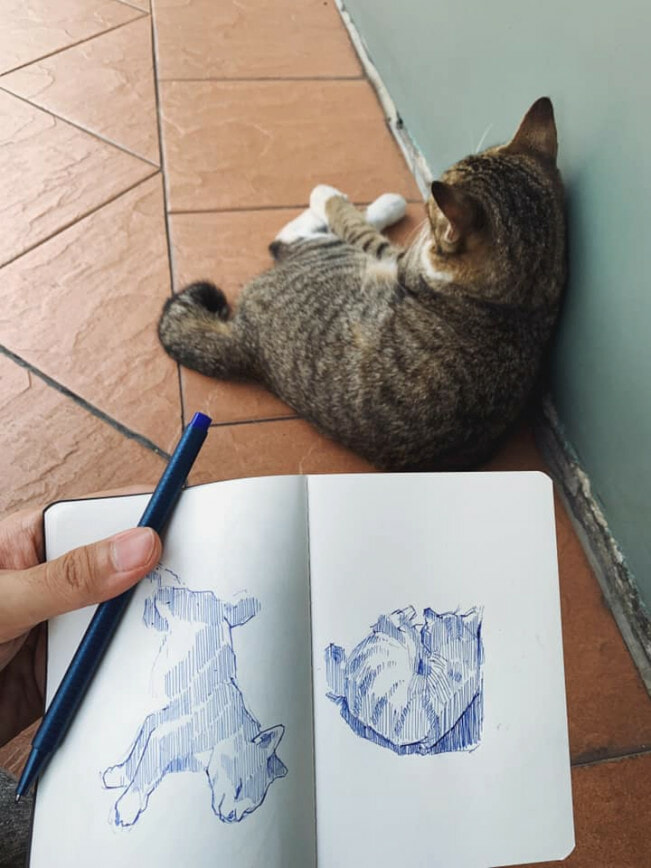 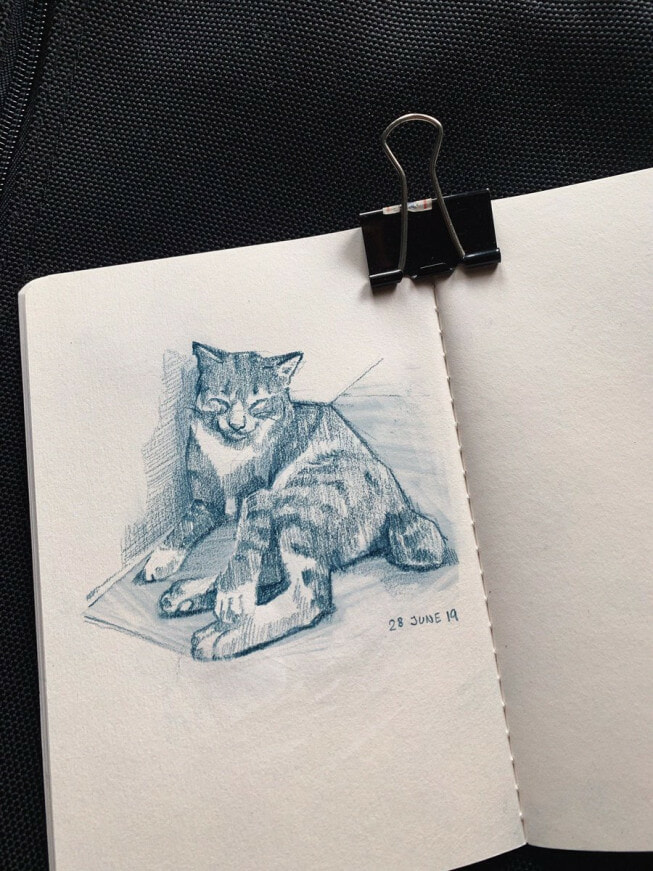 He clarified that the guard was very nice to the cat and even petted the animal before picking him up to be taken outside. Later, when Skyler headed outside and saw the cat hanging out with the guard nearby, he decided to sketch the kitty and the nice guard even made sure that he could do so without people bumping into him.

Since gaining attention on social media, other netizens recognised the kitty, saying that he is the university’s resident cat. One of them revealed that his name is HotDog, and he’s a really cool cat who loves hanging out with humans. Aww, so adorable! 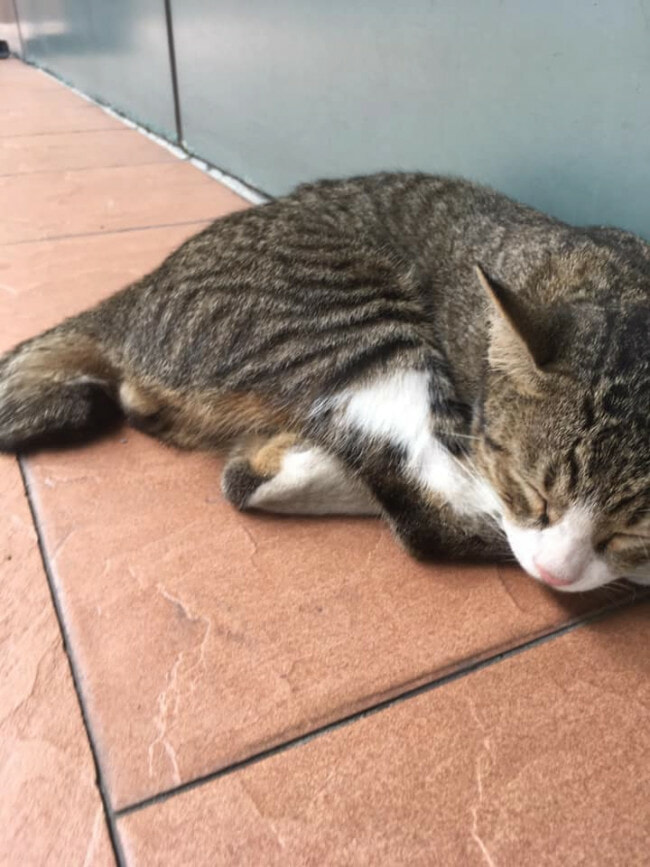 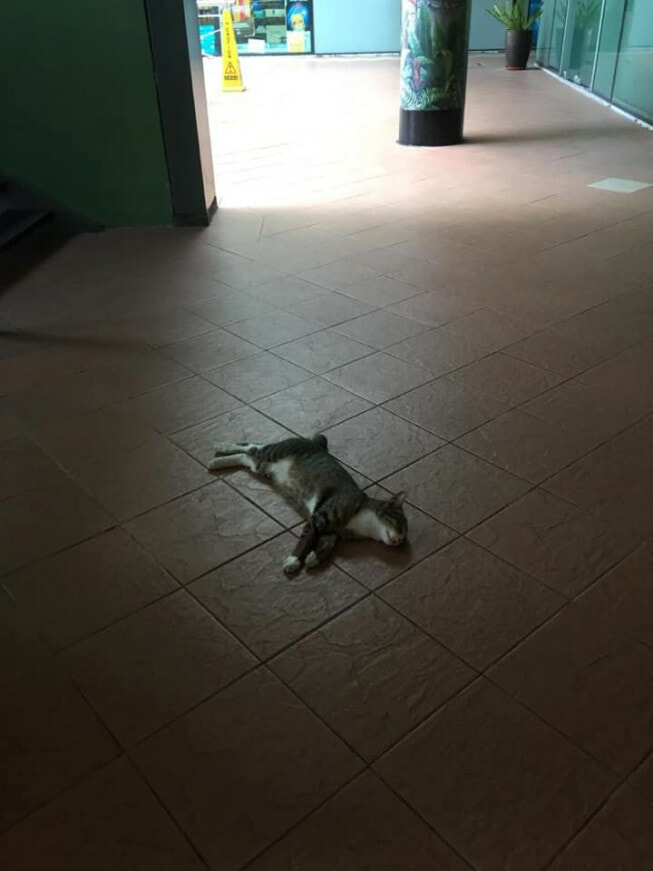 Aside from hanging out at art exhibitions, Skyler told WORLD OF BUZZ that HotDog loves taking naps around campus, and he is a rather well-loved kitty as students would frequently feed him with treats.

Perhaps HotDog will be able to properly enjoy an art exhibition next time!

Also read: One of the Famous Cats Who Tried to Enter Japanese Museum for YEARS Has Found His Forever Home 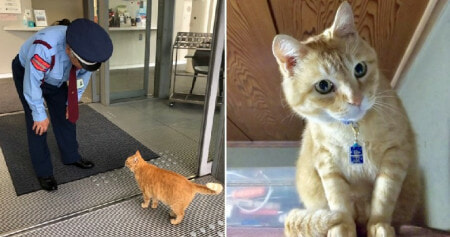