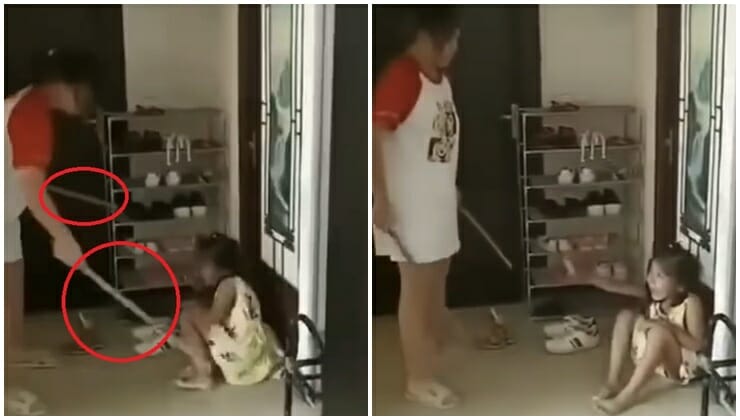 The person behind the camera could even be heard saying, “BEAT HER”! 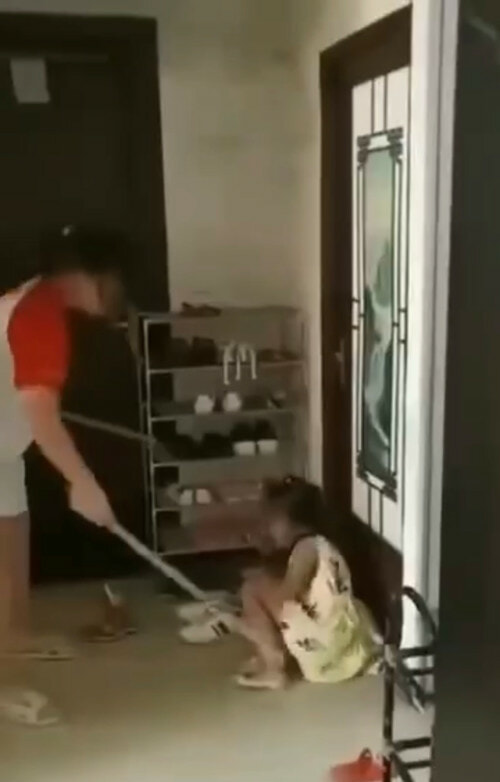 Recently, a Facebook user shared an infuriating video of two parents mercilessly abusing their three children while they screamed helplessly and begged them to stop. The video was posted alongside the caption, “Is this human? These parents have brain damage. One is beating, the other one’s filming! How can a young child withstand such a beating?! 😡😡😡”

The footage primarily shows a girl with an open book sitting next to her aggressor, who has a long rod in her hands. The child appears to be saying something but abruptly stops. The woman, assumed to be the mother of the children, can be seen looking up at the man, as if asking what to do with her. 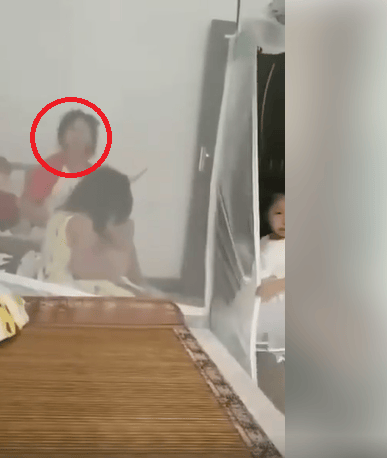 The father behind the camera simply says, “Just beat her.”

The video then shows the mother relentlessly beating the child with the rod without regard to where she is hitting. She proceeds to grab the child by her arm and swing her around as she continues to hit her ruthlessly with the rod.

The footage captures the child being beaten on her head, her back and all around her body for good measure. The mother then proceeds to kick the child out the door and pulls out another rod. She continues to beat her with the second rod while kicking her until she cries defencelessly for her abuser to stop. 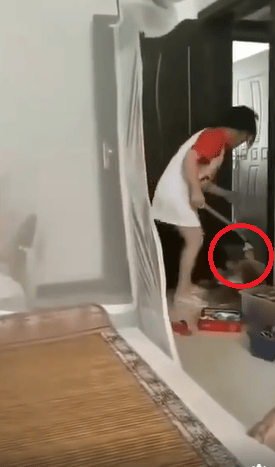 The mother then screams at her child, “Enough or not?!” To which the father behind the camera replies, “Beat her more!”

The abuser obeys and beats the girl harder than before. The poor child can be seen hugging her knees in a curled up position, weakly holding her hand up as she begs to be released from her mother’s wrath. 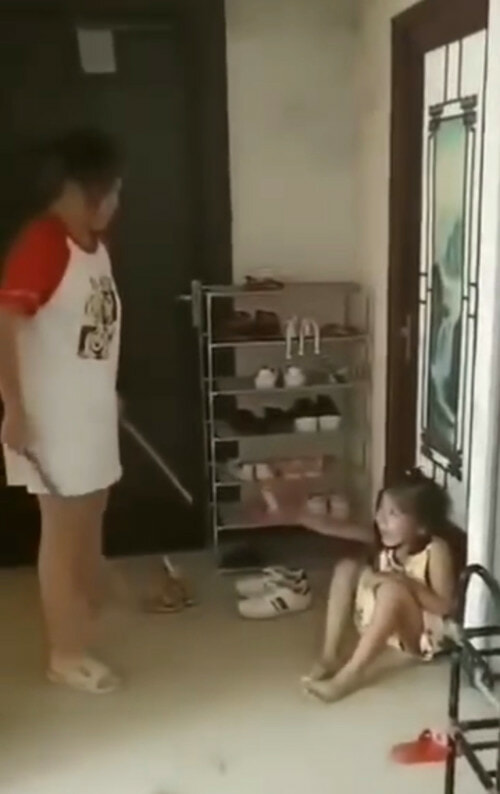 She then pauses to look up at the camera, noticing that her other daughter was watching from the side of the bedroom door. She yanks her second daughter forward and proceeds to beat her too.

The footage cuts off with the mother grabbing the third child, a small boy, supposedly making sure no child is left behind.

While the location of the house and family remains unknown, the video was posted in a Malaysian Facebook group. Netizens speculated that the abusive parents are from China due to the accent detected in the video. Others are simply outraged that such an act could even occur to these poor kids.

We agree! This household is no longer safe for these children and something needs to be done immediately to bring these abusive parents to justice.

Read more: 7-Year-Old Girl Beaten To Death By Stepmother For Eating Too Slowly, Father Too Scared To Help 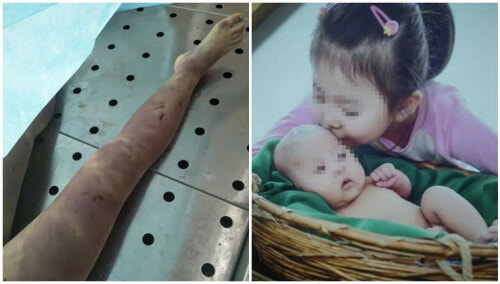