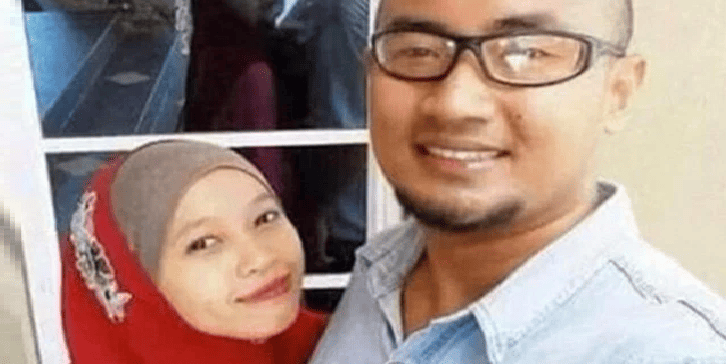 A picture taken by a Muslim couple shocked the Internet when netizens discovered that her reflection in the background was looking in a totally different direction.

The couple seemed to be standing in front of a mirrored window while taking their selfie, but the woman’s reflection exhibited paranormal activity as it looked back at the couple.

The creepy image circulated widely back in March, prompting people to wonder what actually happened in the image. Was it photoshopped? Did it really happen?

What’s even more creepy was that there were no explanations to the picture as no one could determine the exact source of this photo. While some speculated that it happened in Malaysia, some others mentioned that it could’ve been in Indonesia as well.

The man’s head is facing as a reflection is supposed to be, but the woman’s was looking back at the couple instead. In addition to that, it looked like both the woman and her reflection had two different expressions on their faces.

Freaked out netizens were wondering if it was a spirit in the mirror that was just trying to ‘kacau’ them, or if it could be something much more sinister.

The image even gained international recognition as it went viral on Twitter after a user posted it with a caption “WHAT KINDA DEVILISH THING IS GOING ON??” It also made news on several international portals with many of them dubbing it as ‘the world’s scariest selfie’.

Netizens tried to theorize the real explanation behind this image. Some brushed it off as a photoshopped image, while one joked that it’s a creative scarf that has a face at the back.

Whatever it is, it’s giving me goosebumps. I’m outta here.