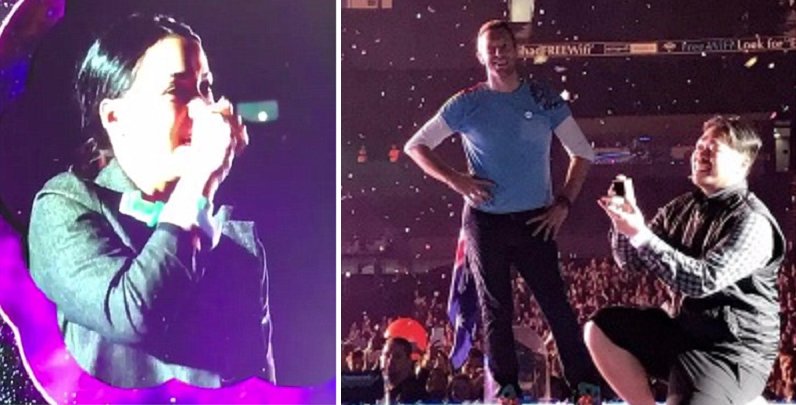 During Coldplay’s concert at Etihad Stadium in Melbourne recently, a love-struck fan stole the spotlight from frontman Chris Martin when he went up the stage to propose to his girlfriend of three years. Halfway through “A Sky Full of Stars” he stopped the song for the couple.

In front of 50,000 people, the Indonesian Lonardo Tanno gave a heartfelt speech to his beloved girlfriend, Felicia Lie. Visibly nervous, he gripped tightly on the microphone while professing his love and adoration.

Holding back his tears,  he started his speech by thanking the love of his life for her love and for giving him a chance to be in her life. 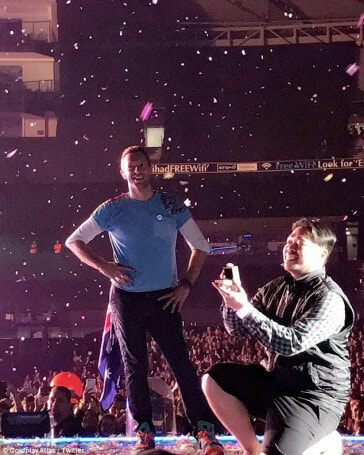 “So in the midst of Coldplay, my new best friend Chris, and all the people here in Melbourne I just want to say I love you. Will you marry me?”

Following that sentiment, happy tears flowed from the bride-to-be’s eyes. 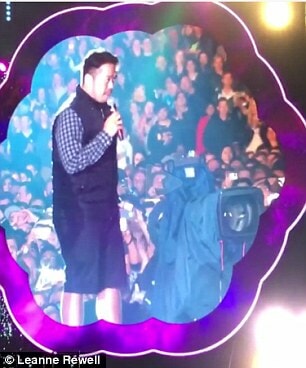 The sympathetic crowd joined in with a chorus of ‘awws’ while someone shouted for Tanno to get down on his knee. Under a stream of confetti, the nervous man bent down and proffered a ring to his fiancé, which she agreed to the proposal. 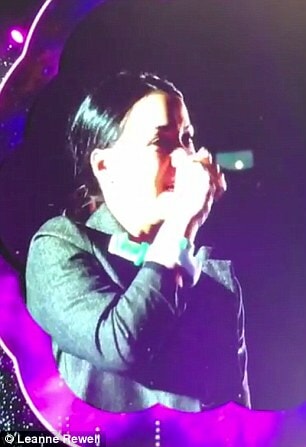 Chris Martin interjected jokingly by reminding the groom-to-be not to take too long as the fans needed to catch the trains and s**t.

He also made the crowd laugh when the wrong woman, a friend of the couple was ushered on stage before thanking her for coming and asking if there was anybody who wanted to marry her before the right woman was invited on stage to face Tanno. 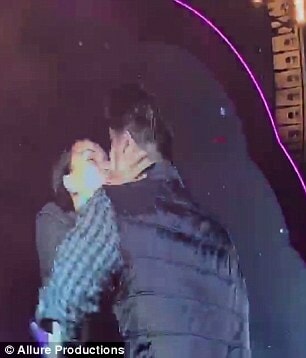 The Indonesian couple met in 2008 in America and purposely travelled seven hours just to see Coldplay’s concert as Ms Lie has been a huge fan since she was a teenager. Needless to say, the happy bride-to-be says that Chris Martin is invited to their wedding.