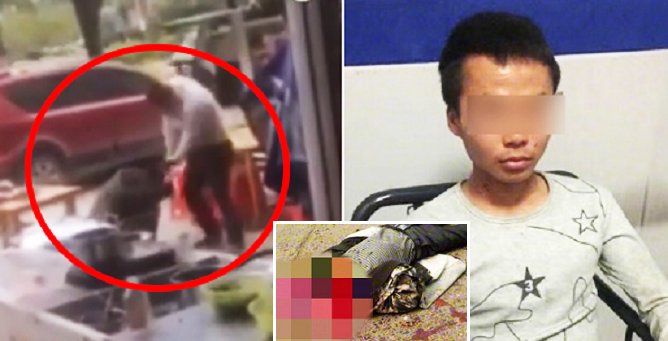 ‘Customers are always right’. However, again and again, we’ve heard cases of ridiculous requests or outright rude gestures from customers that will make anyone doubt that saying.

On February 18, a restaurant owner’s head was cut off by a customer who claimed the noodles to be overpriced. Yes, completely severed off!

The gruesome incident took place at a restaurant in Wuhan, Hubei Province in China, SCMP reported.

The 22-year-old suspect initially ordered 3 bowls of noodles at the restaurant. However, he discovered that the noodles were overpriced by 1 Yuan (RM0.65) per bowl when he received the bill.

“Don’t eat [the noodles] if you can’t afford them!”

Triggered by it, the suspect became infuriated and cut off the owner’s head with a kitchen knife. Witnesses described the scene as bloody and gory as the suspect cut through the owner’s spine to separate the head and body.

The gruesome video which is circulating on social media showed the shop owner screaming in sheer terror as the man continuously hacks at his head. 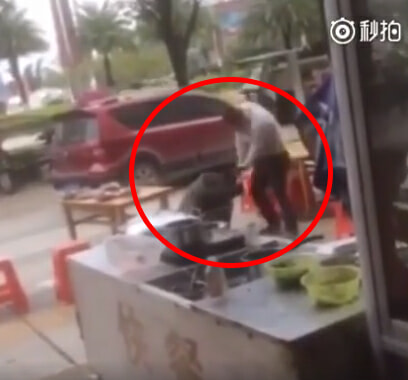 The suspect then threw the head in a rubbish bin nearby. What?!

The police soon arrived and apprehended the suspect at the scene. He was brought to the police station for investigation. The blood stain on his hands were still visible when he was taken away. 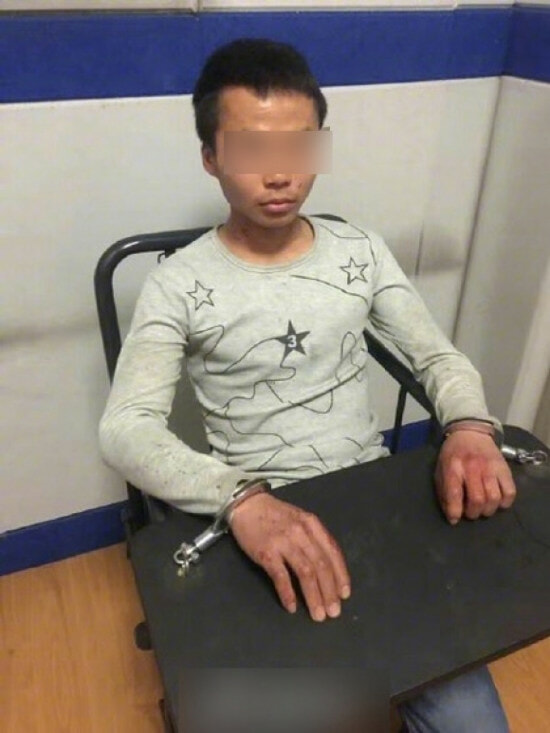 At the crime scene, the police managed to locate the severed head and retrieved it from the rubbish bin. 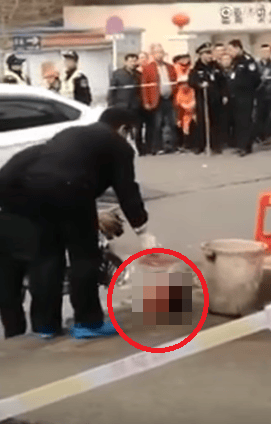 Netizens speculated that the suspect most likely suffered from mental illness but the authority has yet to release a statement regarding the suspect’s mental state.

From the looks of it, there’s something very wrong with his mind as no human would do such thing, at least, not over friggin’ RM1.95!