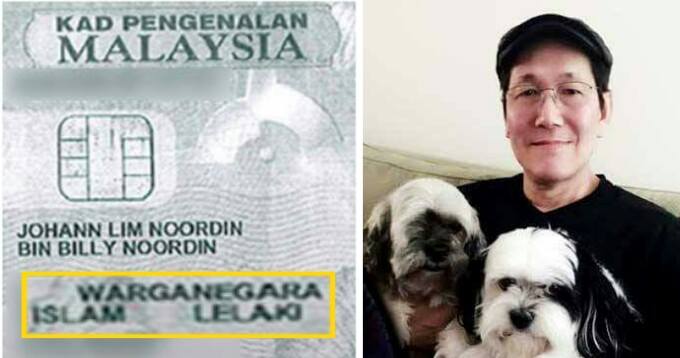 Johann Lim Noordin is a 34-year-old Chinese Malaysian man from Penang. And he is NOT a Muslim. 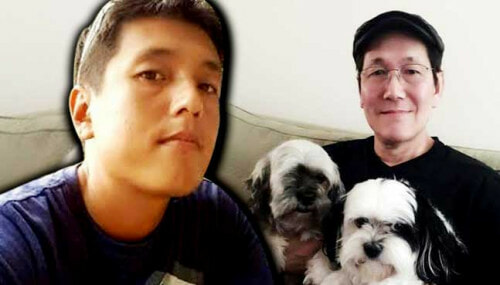 However, due to a ridiculous error done by the National Registration Department (NRD) in 1994, Johann was stated to be a Muslim in his IC.

Free Malaysia Today reported that Johann was born a Buddhist by Buddhist parents and none of them ever converted to Islam.

But unfortunately, Johann’s MyKad stated him as a Muslim. This has caused a lot of problem for him as he had to delay marrying his girlfriend and even buying property.

In an interview with FMT, Johann said,

“I am not getting any younger. Why should I have to go through so many obstacles to get my IC fixed? It should have been done easily.”

“No religious department in the country has any record of my being a Muslim. I have signed a statutory declaration proclaiming I am not Muslim. Why am I now told to go to the shariah court when I am not a Muslim?”

“My constitutional rights have been violated. No one dares to do anything to help. All they do is keep telling me to go to the shariah court.”

On October 27, 2011, Johann had filed a complaint and application to resolve this problem. He had to submit a letter from the Penang Islamic Department explaining that he was not a Muslim to NRD.

“I have since given them copies of my parents’ identity cards, birth certificates and a supporting letter from the Penang Islamic Religious Department declaring I am not Muslim.”

Then in 2014, NRD responded by saying that the reason he was stated as Muslim was because his father was a Muslim. But obviously, Johann’s father, Billy Noordin, 64, was never a Muslim.

In 1994, the family had immediately made an oral complaint to the NRD right after receiving his MyKad.

“When I first received my IC when I was 12, the family wanted it changed immediately.”

“But the department required both parents to give consent and my father at the time was living and working overseas. So we thought we would get to it when he came back.”

Later, when Johann was 21-years-old, he went to the NRD to upgrade to the new MyKad where he once again asked them to remove his Muslim status. But the department personnel requested him something ridiculous instead!

“The officer told me I could not use the name on my birth certificate. He told me to get a different name. At the time, I thought it ridiculous of the NRD to ask me to change my name; so I decided to ignore it.”

To get help on this absurd issue, Johann explained that he had even asked for the help from politicians.

“I asked several high-level politicians to help me. They promised a lot of things, but after a few weeks, they would tell me, sorry, the NRD says your father is Muslim.”

“If my father was indeed a Muslim, he would have a ‘bin’ in his name, and that would be reflected on my birth certificate as well.”

In the end, the NRD told Johann to go to the Shariah court to settle this problem. But shockingly, this only affected Johann and not his 32-year-old brother Jason.

“My only brother does not have my problem. On his IC, he is Jason Lim Noordin and not a Muslim. He got married three years ago and has a daughter. I am envious.”

But worst of all is when Johann lost his wallet and had to get a replacement MyKad. Unfortunately, the NRD explained that Johann would have to cancel the 2011 application just so he can get the new IC.

Of course, the IC being such an important document, Johann had no choice but to do so with a heavy heart.

“So here I am, having to start all over again.”

Johann’s case was highlighted by the media in 2014 but even that didn’t help resolve the problem.