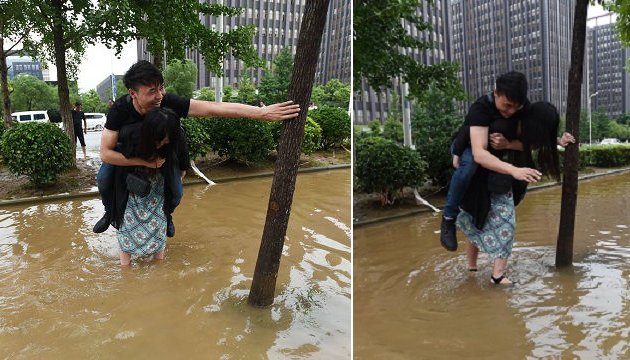 Everyone is aware that flood waters destroy everything in its path — cars, houses, furniture, pose threats to kids and pets, and now apparently leather shoes. 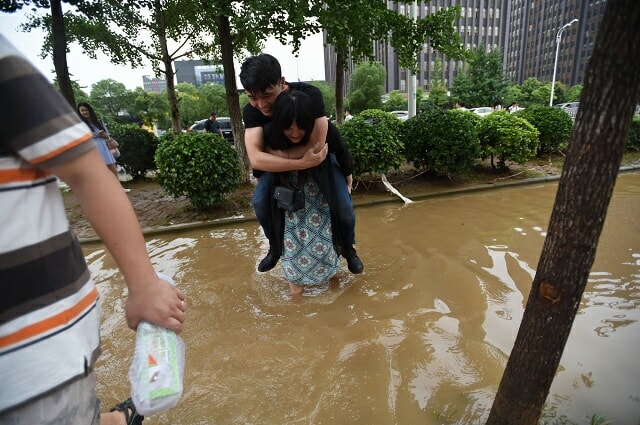 However, CCTV News has posted several pictures showing how a chivalrous girlfriend had piggybacked her boyfriend over flood waters. Wahhh, girlfriend of the year man.

Although, the images has caused many to question, whereabout his balls?

Ever since early July, the Southern cities along the Yangtze, especially in Wuhan have been victim to torrential downpours, causing them to be submerged in flood waters. Consequently, their public transportations have also ceased to function.

While others find alternate means of transportation, one boy in particular has turned to his girlfriend for a lift. It wasn’t because he was afraid of flood waters, nothing so ridiculous; no it was to save his precious, precious leather shoes. God forbids, should his shoes touch the water!

But let’s not be too harsh on the bloke as it wasn’t his idea to begin with; it was the girl that offered the ride.

That’s right, fearing that his leather shoes may be compromised, his girlfriend wearing simple sandals offered to carry him and ’em leather shoes over dangerous waters. 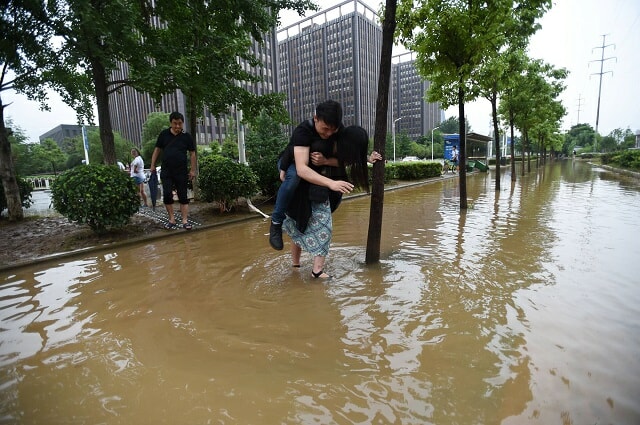 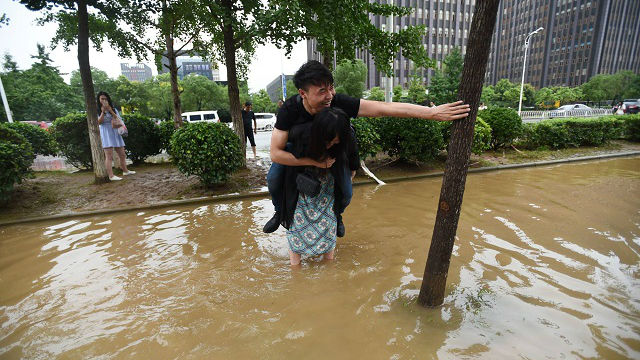 Though there are some people on the internet who wondered why didn’t the guy take off his shoes and is willing to let his girlfriend carry him, some view this gesture of the girlfriend very sweet. I guess there’s nothing wrong that she carries him anyway?

“I am wearing sandals so it doesn’t matter that I cross the waterlogged area. He is wearing leather shoes, which have to be washed laboriously (if they are soaked). So, it is the easiest way that I load up with him to cross the water.”

Do you even lift brah?

In truth, there’s nothing wrong with her taking care of her boyfriend however she sees fit. In fact, both seems to be smiling very much in-spite of the ordeal they are in.

During these times of distress, the general public would expect boys and men to be the stronger, braver, and more generous than the other gender. 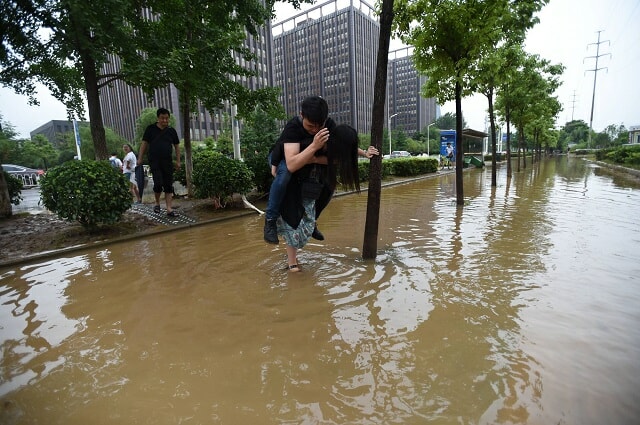 The fact that the girl had to exert unnecessary efforts to ‘save’ her boyfriend and his leather shoes has made it a huge topic on Weibo, a Chinese social media site akin to Facebook.

“I understand that it’s their relationship and I have no right to say anything, but isn’t this a little over-the-top? Dude, if you don’t want to ruin your leather shoes, just take them off! And I don’t even know how to describe that girl: naive or stupid?”

“I would definitely marry that girl if I were that lucky guy. Where can I find a girl like that?”

“You need to value her. And are you male? Don’t you feel ashamed of being carried by your girlfriend.”

“I think they smile sweet, and love each other.”

So Malaysian ladies, what do you think? Are you willing to go to this extent to save your boyfriend’s shoes?