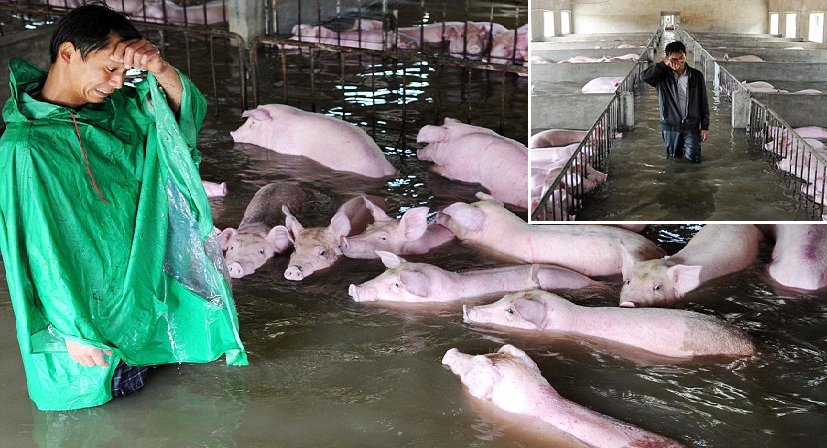 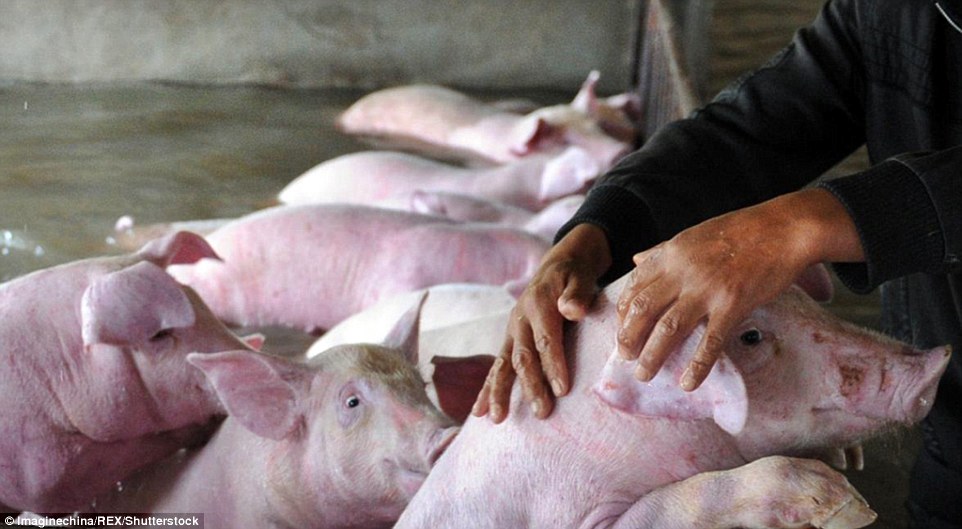 A farmer in Shucheng County, China, was forced to make a heartbreaking decision to ditch his beloved pigs after floodwaters engulfed their pens, making escape impossible.

The farm manager, Li Xiabo, can be seen hugging the animals and bidding them a misty-eyed farewell as they await their fate in rising waters. 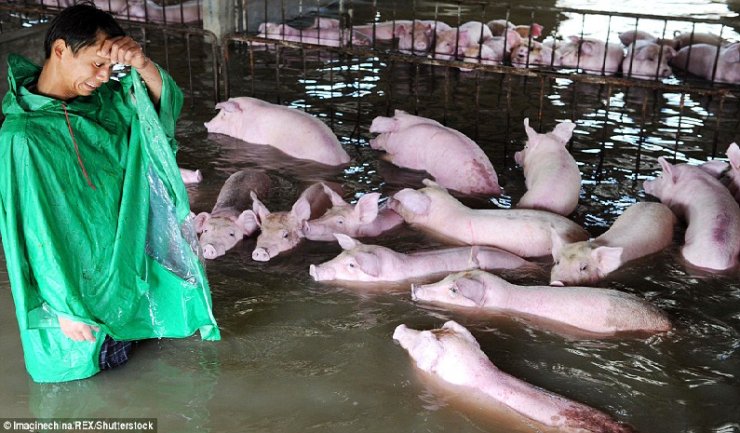 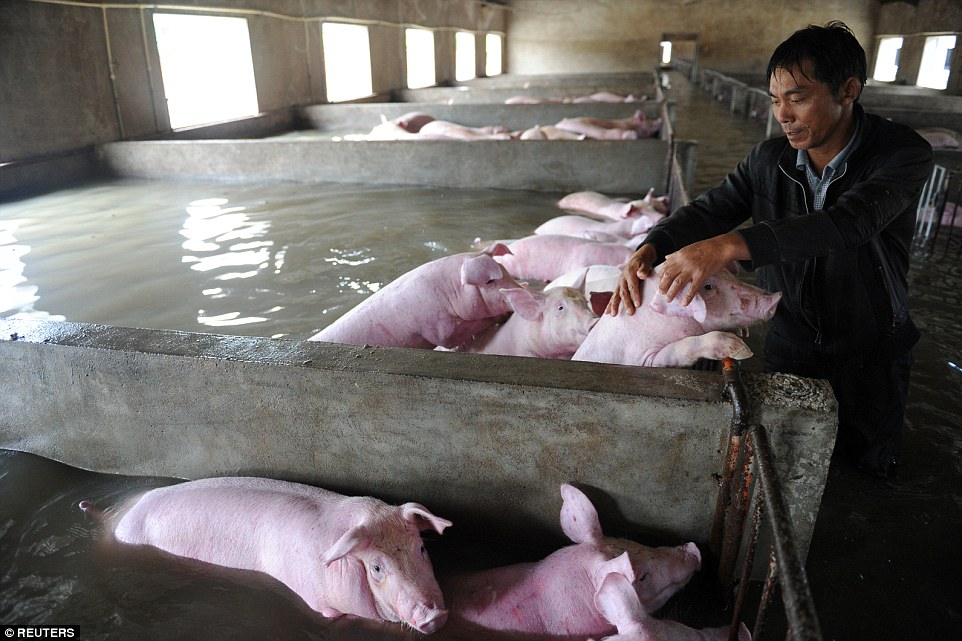 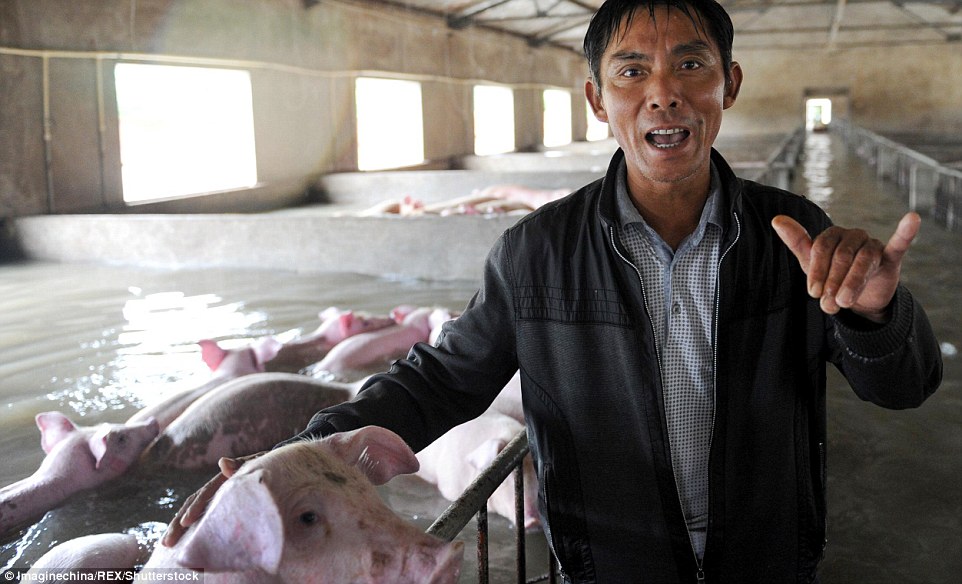 Mr Li previously made a desperate plea to the public to help free his pigs to safety after some of the animals drowned.

However, torrential rains have battered central China’s Shucheng county over the weekend, and has blocked rescue efforts at the farm in Bailin city.

Rescue teams along with some volunteers later managed to scramble in and pull some pigs to safety, after the pigs had been stranded for over 20 hours.

He also hopes to sell the pigs directly to a transfer company and is scrambling to organize a plan before it’s too late. 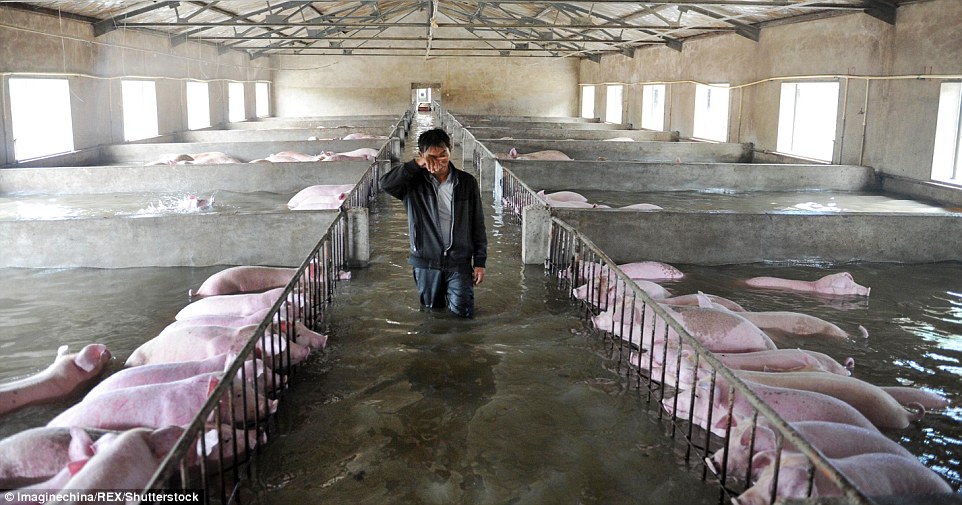 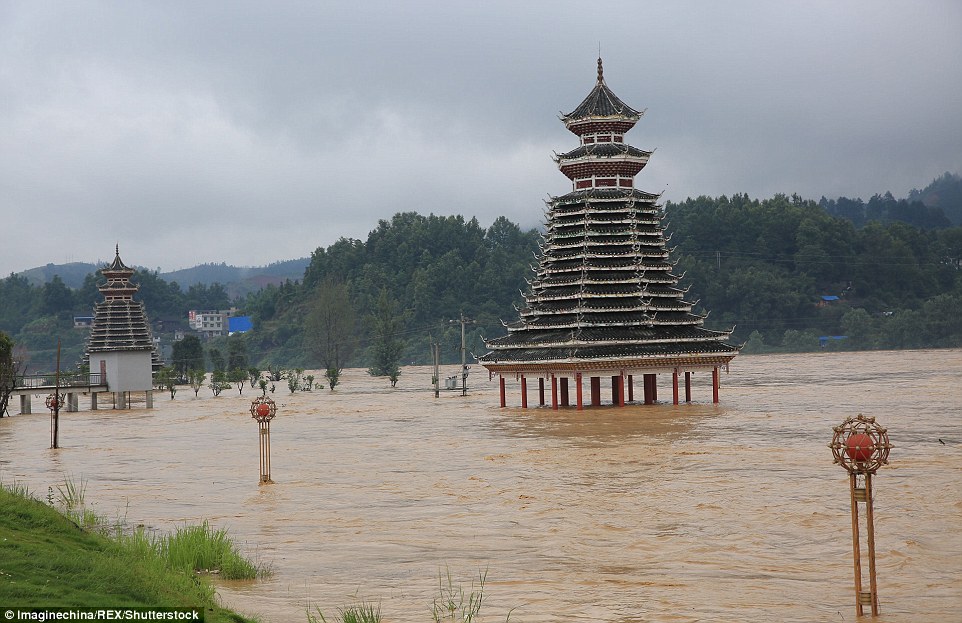 Balin was one of the hardest hit reigons by floodwaters, with a recorded 285 millimeters of rainfall from Thursday to Monday. The floods have so far killed 93 people in central and southern China over the weekend, with 19 reported missing. Let’s hope most of his poor pigs made it out alive.

Those poor, poor, pigs. It’s almost like they’re crowding around the farmer to say their last farewells as they wait for their impending doom 🙁