“I find this new ruling to be racist,” he posted on his Instagram.

Chef Wan has expressed his disagreement towards the government’s proposal to ban foreign cooks in restaurants in Malaysia, stating that if this policy becomes reality, the Malaysian hospitality business will totally collapse.

“Other countries never treat other races like 2nd class citizens when it comes to cooking their food,” he added.

He himself used to work in several places like Paris, San Francisco, Vancouver, Honolulu and Sydney in the early days of his career before coming back home to work.

“So why suddenly the immigrants in Malaysia are not allowed to cook Malaysian food simply because they are not Malaysian? Why do we need to discriminate them?”

The HR Minister M. Kulasegaran earlier has made the clarification that banning foreign cooks was merely just a suggestion that is not finalised and it will only take effect early 2019. Chef Wan further supported his argument by sharing his experience on a food festival in Dubai. There, he enjoyed Malaysian dishes like ayam masak merah and chicken rendang that was prepared by Bangladeshi and Pakistani chefs. These chefs informed him that they learnt to make those dishes when they worked in Genting and Penang for several years.

“I am so proud to see them despite not being Malaysian, have promoted Malaysian cuisine well and the food was so delicious! Food always travel across the world for centuries, across all cultures of the world.“

He also explained that these days, the culinary schools produce poor-quality chefs and there were too many hotels in the country with low occupancy rates.

He then added more salt to his argument by saying that many Malays were not interested in jobs like assistant cooks and they have bad attitudes like absenteeism, laziness and lack of cleanliness.

“Not everyone has the bloody passion to slave in a kitchen for 12 hours a days like I do ok?! he said.

You got to leave it to Chef Wan to shed some light on the reality of the local hospitality business. Who better to do it than one of Malaysias top chef himself. Do you agree with his arguments or think that the move is a good thing? We want to know your opinions in our Facebook comments!

Read more: ‘No More Foreign Cooks’ is Only a Suggestion, But KL Hawkers Must Be Malaysian 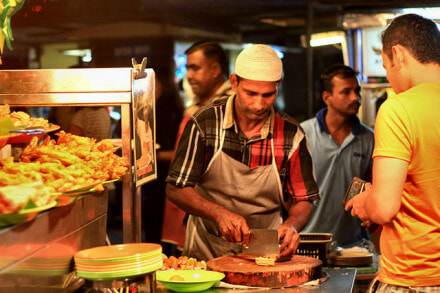