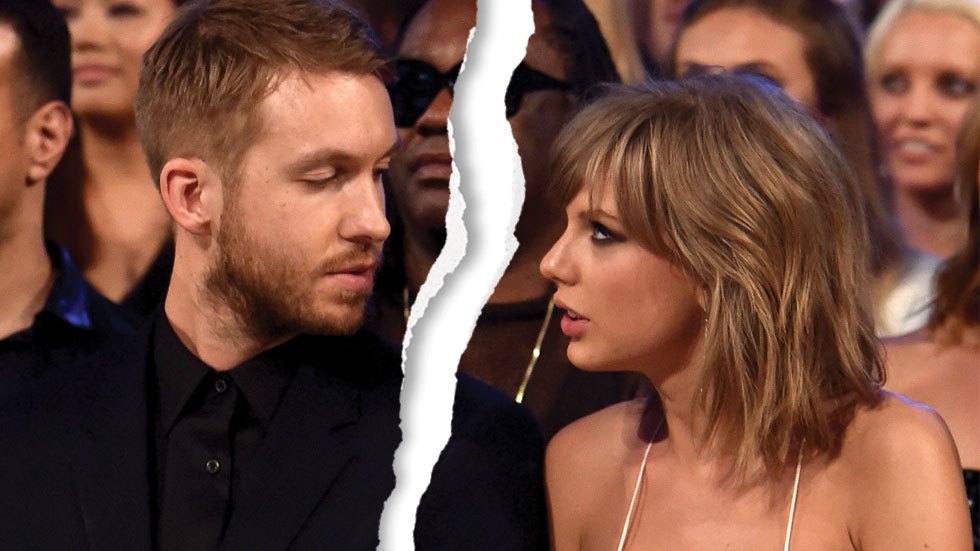 The drama between the once superstar couple, Calvin and Taylor continues!

Calvin Harris (real name Adam Wiles) has broke the silence on his breakup with Taylor Swift through a series of Instagram comments, as per screenshots captured by media outlets and fan social media accounts. He comes out to say that Taylor, “controlled the media and this situation” and has “no idea what was going on.” Plus, he’s feeling “amazing rn”. 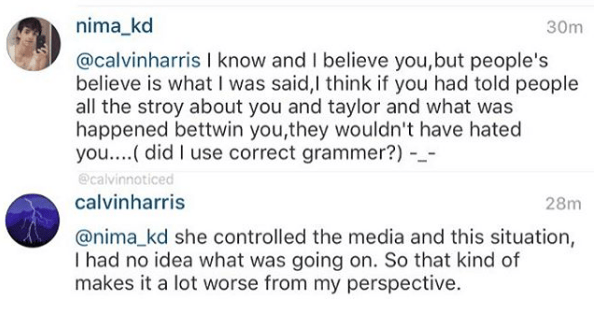 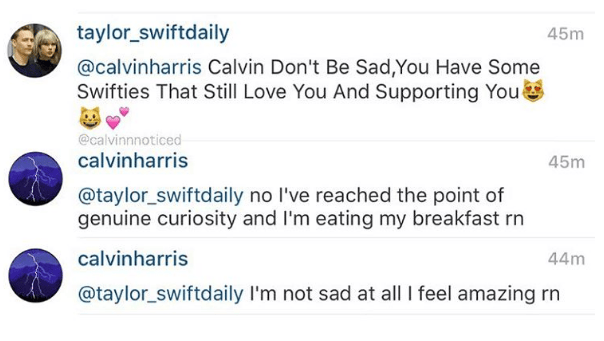 It remains unclear whether these comments were from Adam himself, with Entertainment Weekly calling bluff, and the comments being later deleted. But, a screenshot always trump the delete button. At least SOMEONE with Adam’s account was extremely candid with fans.

The screenshot comments included questions about him owning a pair of Yeezy sneakers. Apparently, Adam is wearing them because “they’re comfortable as hell”, and not worn as some sort of snide diss towards Swift, who has bad blood with Kanye West.

What was once first announced as an amicable split between Adam and Taylor, things took a downhill tumble after the two purged their social media accounts of any hints of their past relationship. It got even weirder when Swift was recently seen together with Marvel villain actor Tom Hiddleston, only 2 weeks after their breakup leading to rumours that she has been cheating on Adam.

Adam – or a poser of Adam – was incredibly blunt in his comments, telling a fan that he could do whatever he wanted – “like she can. And does,” he said.

When a fan labelled Harris a “jealous” man because “she’s moved on and found a new boyfriend”, he gave a cool response of feeling free.

Kind of makes you think reports of bad blood between Adam and Taylor is just another run-off-the-mill rumour?

Whatever it was, they were a cute couple, but these two have moved on.