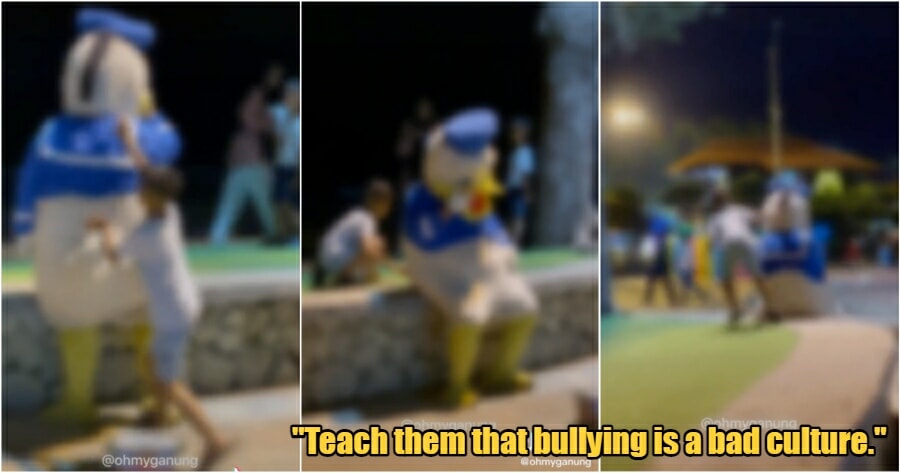 Mascots of cartoon characters are one of the biggest attractions for children who visit the Teluk Chempedak beach in Kuantan. And while the children can have their fun with the mascots, parents should also know to draw a line when their children go too far.

The ohmyganung TikTok page took to their account to showcase a video of a boy and his friends bullying a Donald Duck mascot at the popular beach. On top of the fact that they were disturbing someone trying to make a living for themselves, the man underneath the costume is also disabled.

Thankfully, it is explained in the video that the parents of the boy has since disciplined their kid over the issue. 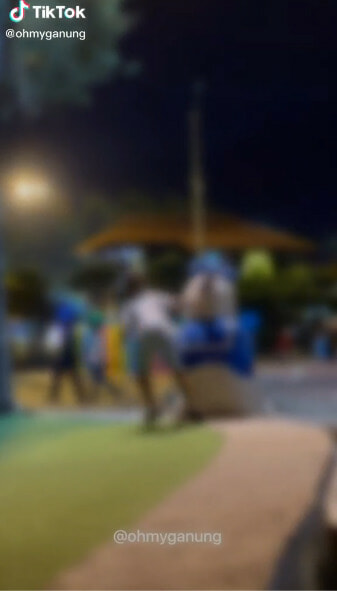 Ohmyganung wrote, “The case of the boy bullying an OKU man looking to make a living is over. His parents have contacted us. This is a reminder for all, monitor your children.”

The first part of the video showcases the boy’s antics, where he could be seen pulling at the costume’s tail and trying to knock off the man’s Donald Duck head before running away when the man turns around. 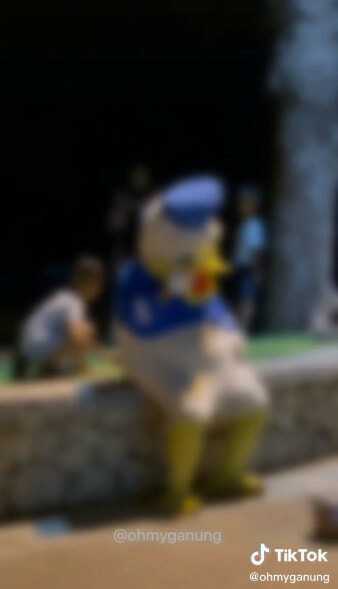 Whereas in the second part of the video, the boy is crying at home as his mother scolds him over the matter.

According to a report by mStar, the man’s sister further emphasised that parents should educate their children against bullying. “Even if my other siblings are bullied, I will defend them. Not to mention that my brother is disabled,”

“I hope parents out there keep an eye on their children. Educate them well. Teach them that bullying is a bad culture in order to ensure the well-being of the community,” she said. 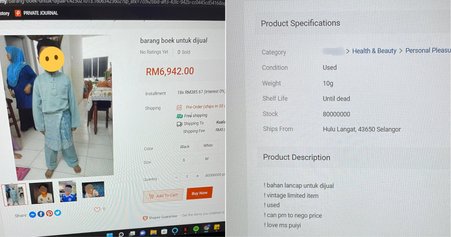