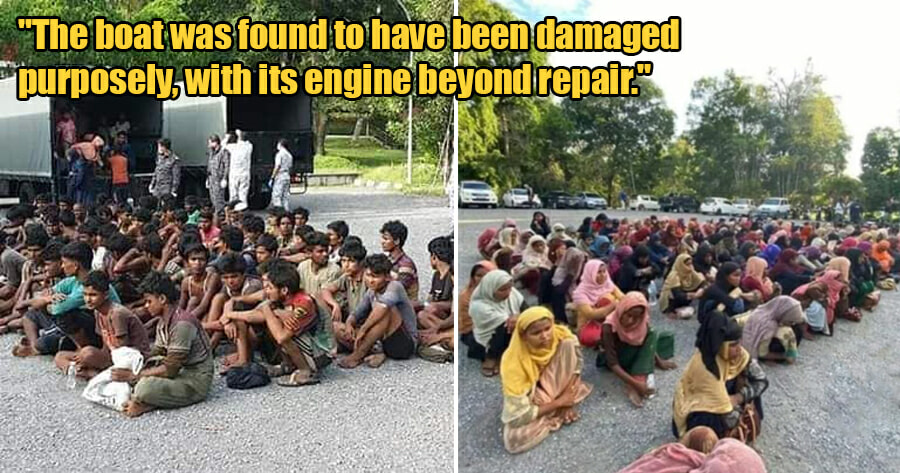 A total of 269 Rohingya refugees have been detained after their boat was intercepted by local task force as they were heading towards Langkawi, reported The Star.

The joint task force, comprising the Armed Forces, Malaysia Maritime Enforcement Agency (MMEA) and the police located the boat at about 5am while they were carrying out surveillance and deportation works on Monday (8 June). 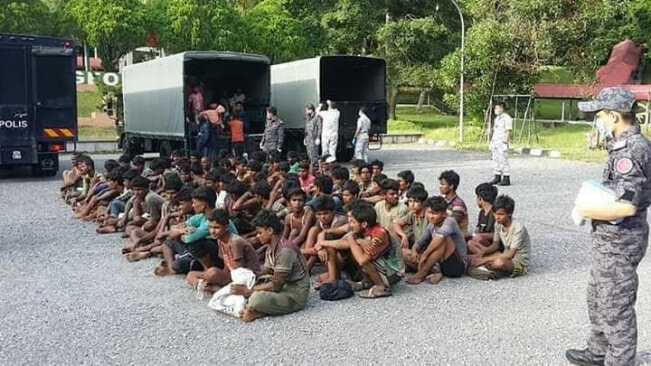 In a statement, the task force said that when KM Kimanis (Kapal Maritim Kimanis) approached the boat, about 53 illegal immigrants jumped off the boat to swim to shore. But they were detained by MMEA personnel who were on standby on land.

Further checks on the board led to the discovery of 216 people and the body of a deceased woman found on board.

“The boat was found to have been damaged purposely, with its engine beyond repair,” the statement said.

“Deportation was not conducted as the boat was damaged. The KM Kimanis provided aid, food and clean water.”

“Based on humanitarian grounds, the National Security Council allowed the boat to dock at the Teluk Ewa jetty. All 269 illegal immigrants have been detained and placed temporarily at the Kem Bina Negara Wawasan in Langkawi. The body of the deceased has been handed over to the police for further action,” it said. 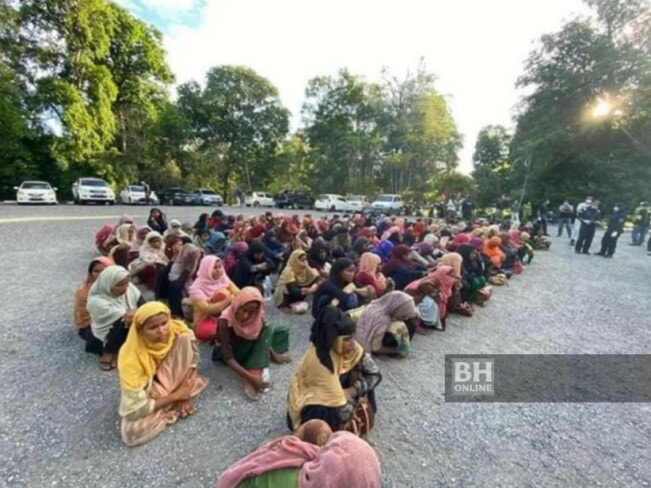 According to Berita Harian, the National Task Force (NTF), Armed Forces and security forces had received preliminary information on the attempted invasion of Langkawi waters by Rohingya refugees at about 10.30pm before being detected six hours later.

The statement said that the NTF, which had implemented the Op Benteng in collaboration with the Malaysian Armed Forces (ATM), Royal Malaysian Police (PDRM), APMM, and other security enforcement agencies, was committed to ensuring that the country’s water and land borders were not compromised by Rohingya refugees or foreign elements in order to preserve the sovereignty and well-being of the nation.

On current statistics, the task force said that as of 7 June, 396 illegal immigrants and 11 human traffickers had been arrested.