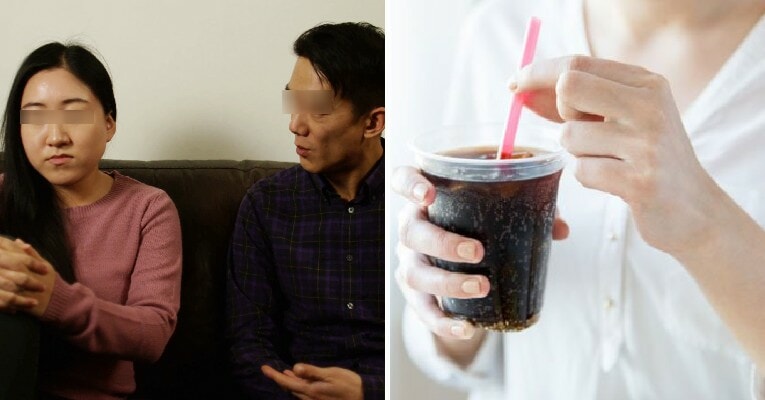 There are always many reasons that trigger an argument between a couple but this is probably one of the most ridiculous reasons we have heard about so far. This girl from China shared her story on Weibo, a social media platform and complained about her boyfriend’s behaviour. 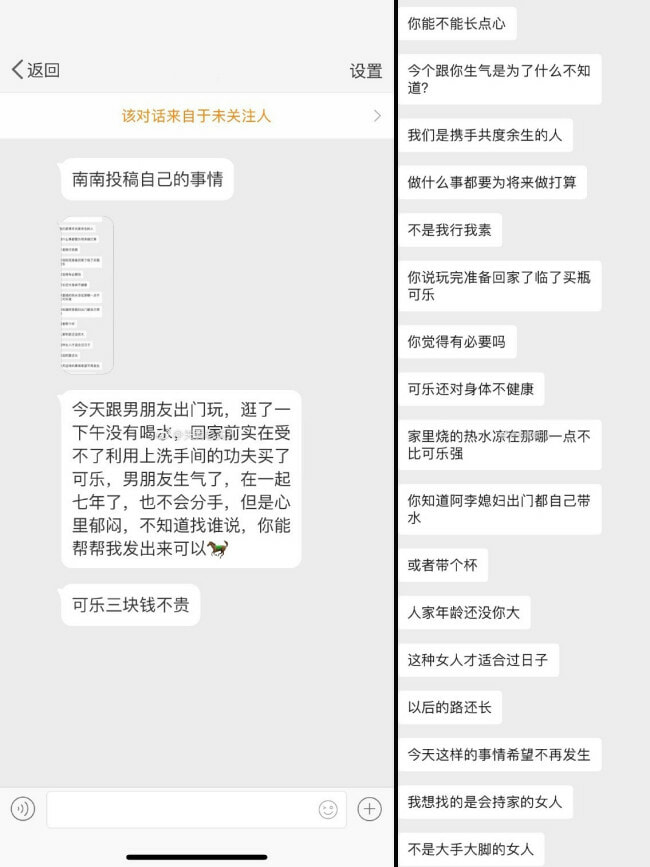 According to ET Today, the girl posted her experience on March 31 and said, “Today, I went out with my boyfriend the whole afternoon and I didn’t drink any water. Before going home, I was feeling super thirsty so when we were taking a break to the restroom, I went and bought a bottle of coke. When my boyfriend saw that I was drinking coke, he got angry.”

Now, most of us would probably be thinking that it’s perfectly reasonable if the girl is thirsty and she wants something to drink right? She also shared the guy’s reasoning and apparently, he said that this shows she is not thrifty or “wife material”. Erm, what? 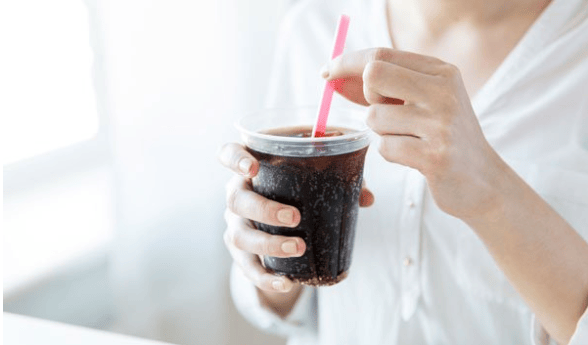 The bottle of coke only cost RMB3 (RM1.80) and she said that she felt it wasn’t really expensive. The couple has been together for seven years and he told her that he was angry for her own good. “You still don’t know why I got angry at you today? We are supposed to be spending our lives together and whatever we are doing now is to build our future together,” he said.

Then, he guilt-trips her by saying, “We were already going to go home but then you bought a bottle of coke. Do you really think this is necessary? Coke is not good for your health. Besides, we already boiled some water at home which is way better than coke.” Yes, water is healthier but your girlfriend is so thirsty she needs a drink before she reaches home! He goes on and even compares her to his friend’s girlfriend by saying that she brings her own bottle of water or a cup when they go out. He implied that his friend’s girlfriend was more mature than her even though she was younger. He then added, “This kind of woman (his friend’s girlfriend) is wife material. We still have a long way to go. I hope that what happened today will not happen again. I’m looking for a woman who is thrifty and knows how to take care of the household, not someone who is spendthrift.”

Of course, netizens who saw her posting were shocked at the behaviour of her boyfriend, with many of them urging her to break up with him as they said he was too stingy. However, the girl mentioned in her initial post that she didn’t want to break up with him and just wanted to have a  little rant. Meanwhile, a few cheeky netizens said they would buy bubble tea for their girlfriends every day but sadly, they remain single.

That’s certainly a really weird way to judge whether someone is “wife or husband material”! What do you think of the boyfriend’s response towards his girlfriend quenching her thirst before they got home? 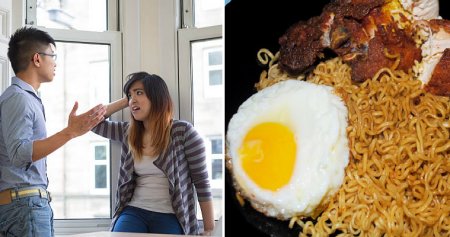