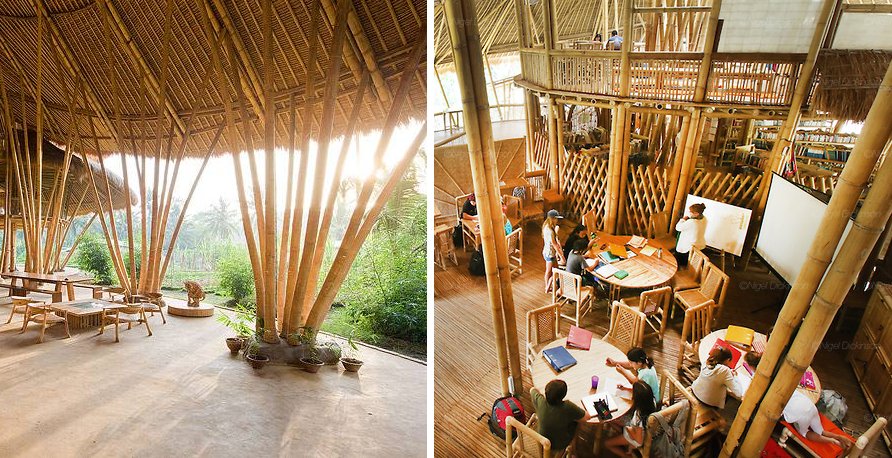 This school is so beautiful that it makes me wanna put on my school uniform and go back to school again. It’s seriously. really. beautiful guys.

Recently, the Green School in Bali, Indonesia was awarded the prestigious Zayed Future Energy Prize. As you probably guessed from its name, this award recognizes pioneers in renewable and sustainable energy.

So not only does the school look amazing, it’s good for the environment as well! 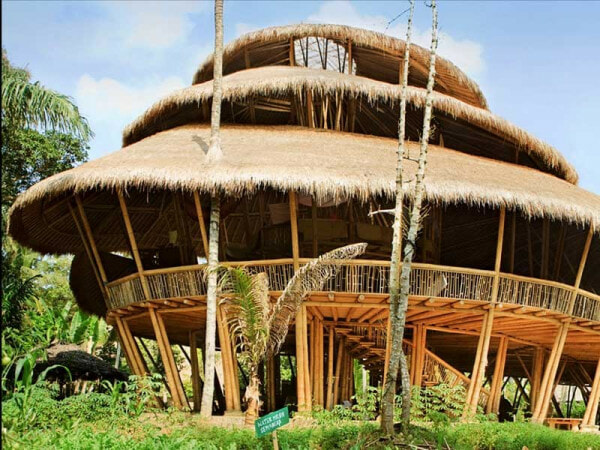 “We are impressed with their vision that ensures sustainability (in the energy sector) for future generations.”

So, what did the school do to win this prize? Let’s find out.

In September 2008, John Hardy and his wife, Cynthia Hardy realized they needed to do something to save the environment after watching a documentary called ‘An Inconvenient Truth’. 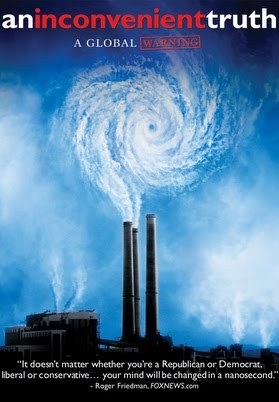 Since they were retired and living in Bali, they decided to give back to the locals. Thus Green School was born.

“I know it doesn’t look like a school, but it is extremely green. The classroom has no walls. The teachers are writing on bamboo blackboards. The desk is not square.” 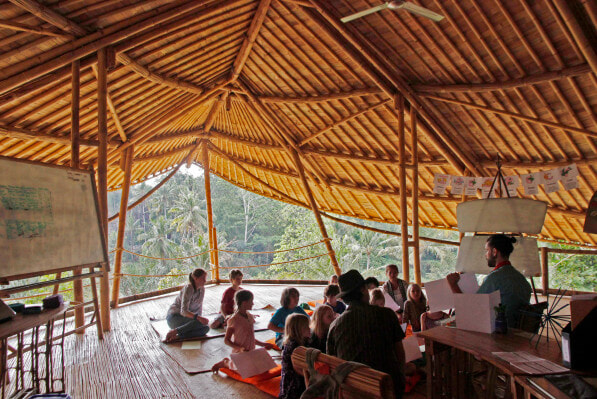 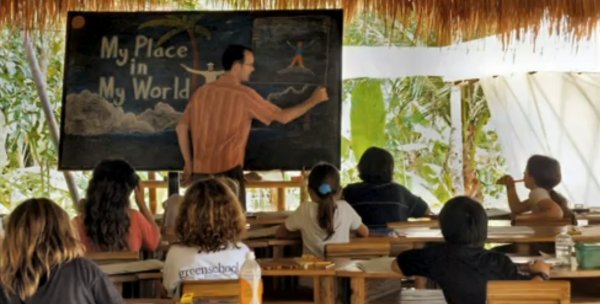 “The classroom have natural lights. They are beautiful. They are made of bamboo. The breeze passes through them.” 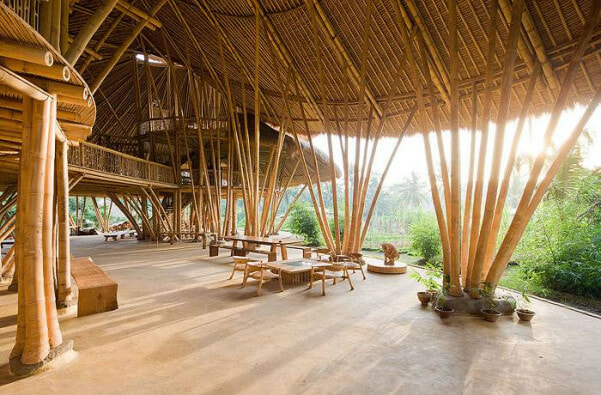 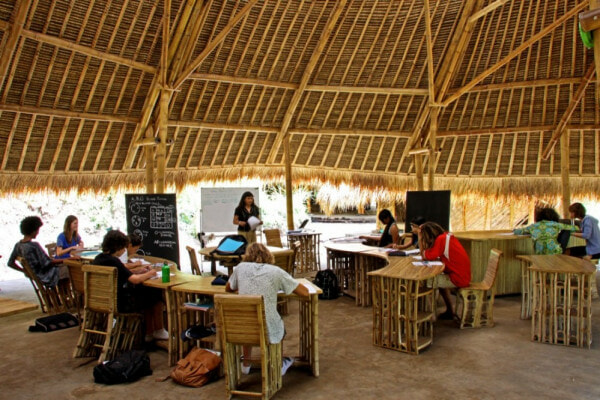 To make the school even more polar bear friendly, an alternative energy company from Paris built a vortex for them which can produce 8,000 watts of electricity when the turbine is engaged. 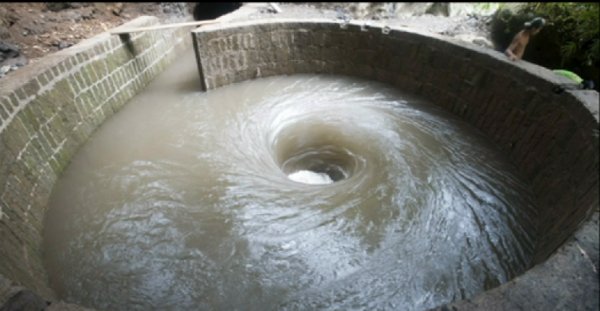 “The Green School sits on a 20-acre of rolling garden. There’s an amazing river travelling through it and you can see how we managed to get across the river.” 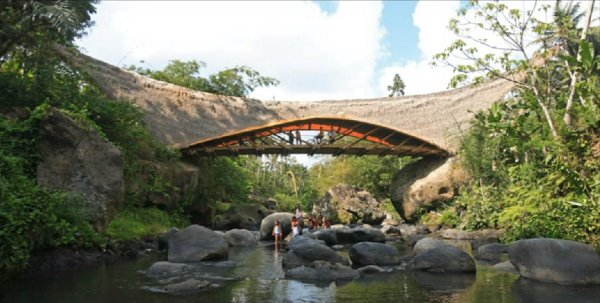 “These young ladies are living in a rice culture. They know how to plant organic rice, look after it, harvest and cook it. They are part of the rice cycle, and these skills will be valuable in their future.” 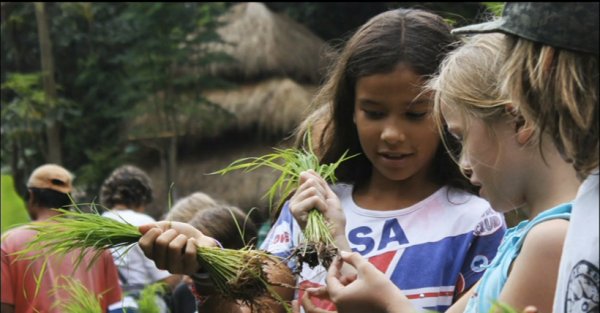 In terms of education, they do learn the essential reading and writing skills, and arithmetic. But they also learn something extra such as bamboo building skill and mud wrestling which is a Balinese art. Let me enroll please! 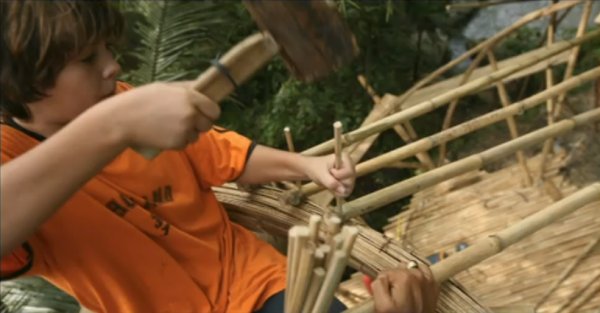 Since it’s a green school, bamboos instead of concretes were used to build the buildings. 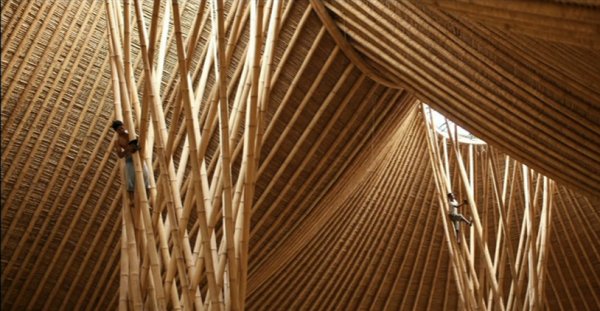 The Green School is nothing short of amazing. It’s so holistic and exciting that it makes our typical Malaysian school look colourless and lifeless. Plus, this school takes the phrase ‘thinking out of the box’ to a whole new level!