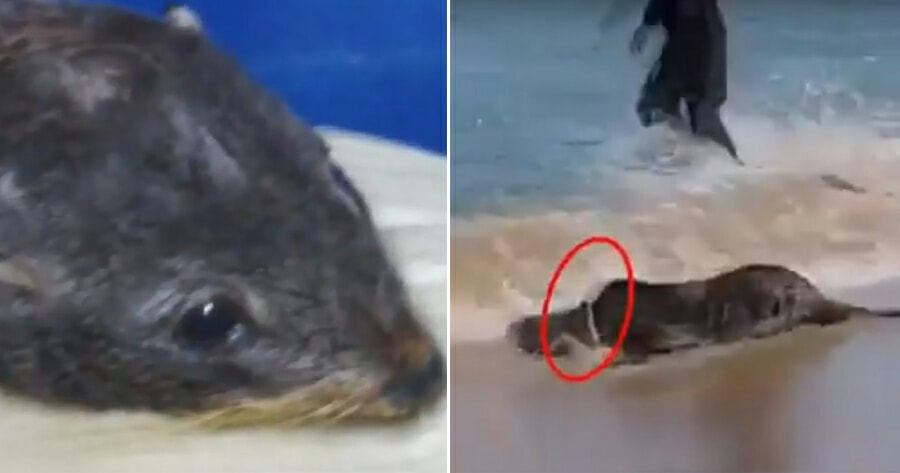 Millions of animals all around the world have been suffering from the improper disposal of plastic waste, and for the most part, we never see or hear about the immense loss of life caused by these plastics. What’s even more distressing is that these animals can often suffer for many months and even years before the plastic kills them ruthlessly.

On Mangsang Beach in Donghae, South Korea, a fur seal was found with a plastic bag surrounding its neck very tightly. It was so tight that the flesh around its neck was cut open, which caused it a lot of pain.

According to Oriental Daily, the seal had been living with this piece of plastic around its neck for about six months to a year. 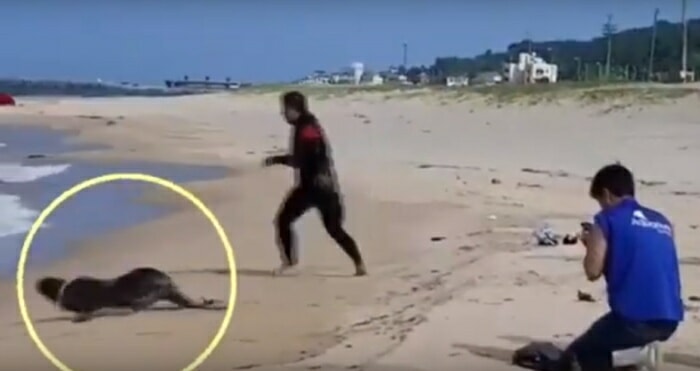 In a video posted on YouTube, rescuers can be seen trying to save the seal, but once they started approaching it, it was frightened and tried to escape them by making its way to the sea. However, because the plastic was so tight around his flesh, the more it tried to move, the more its skin tore.

Not being able to move fast enough, it was finally caught by the rescuers with a net and was brought for treatment.

Its wounds were carefully examined by aquarium personnel, who said that the plastic band around the seal’s neck measured to 16 cm in diameter. The muscles around its neck were also deformed with part of its lungs injured. 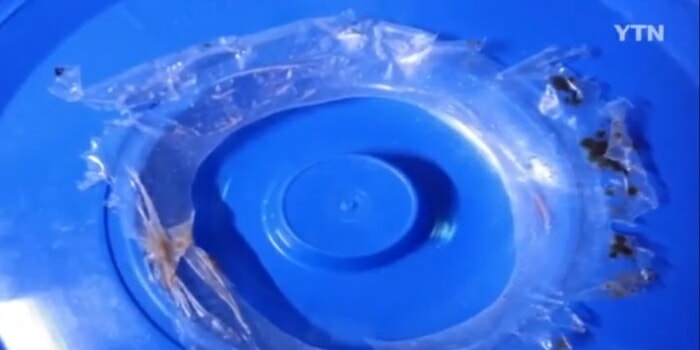 Marine biologists said that although the plastic band had been removed, the muscles in the seal’s neck were still very stiff and had little potential for recovery. They described the situation as “quite critical”.

However, despite the critical condition that it was in, the seal was already showing signs of improvement as it was willing to eat after the treatment.

The seal is believed to be a 2-year-old female measuring 110 cm in length and with a body weight of about 65 kg. Researchers said that she is still an infant and it was possible that her neck had been caught in the plastic band when she was much smaller. As she grew bigger, the plastic grew tighter and embedded into her neck, cutting the flesh.

Meanwhile, the seal is now being taken care of by the local aquarium that aims to nurse her back to health so she can return to the sea where she belongs.

Watch her trying to escape from rescuers below:

Aiyo 🙁 Thankfully she was saved in time before the plastic grew even tighter around her neck. Hopefully she will be safe once she returns to the ocean.

Also read: Turtle Found Dead With Plastic Bags Coming Out Of Its Rectum, Believed To Have Pooped Them Out 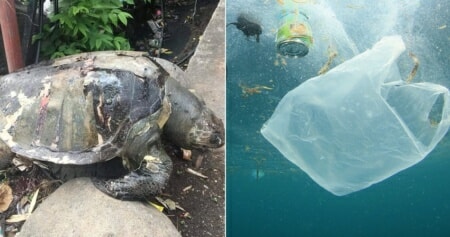