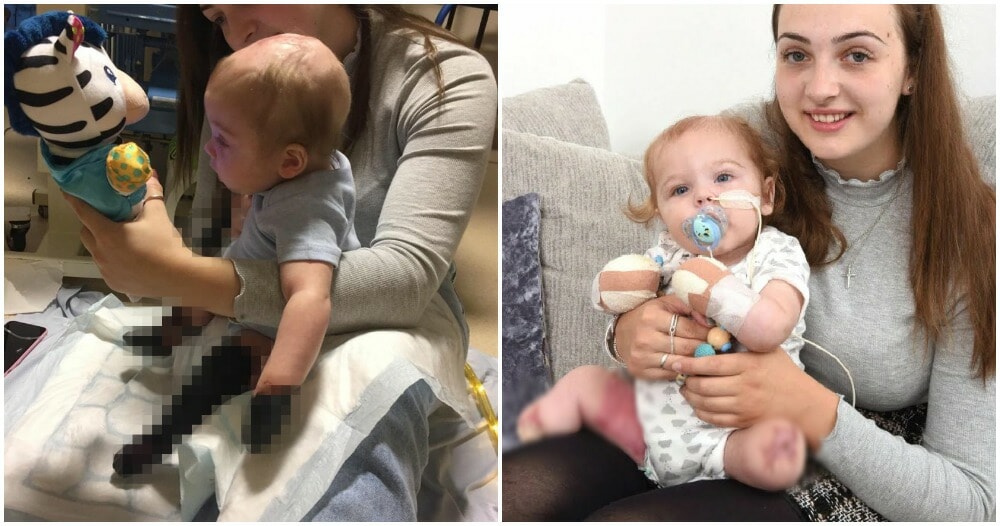 Children always bring joy into our lives, whether they are ours or someone else’s. Seeing children and the elderly in pain and in situations that they can’t control, always make our hearts ache.

A mum has shared the horrifying details of her baby losing all four of his limbs after a throat infection turned into sepsis. 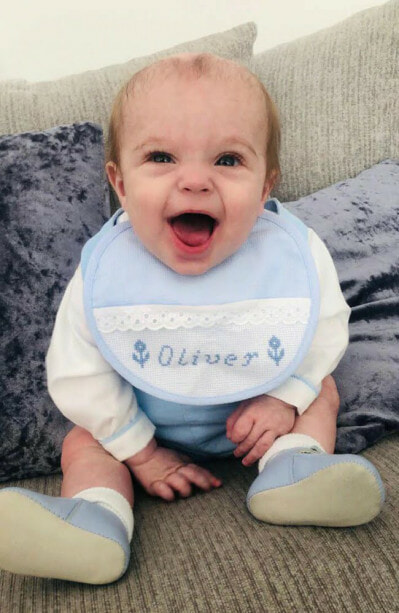 According to Fox News, Abigail Wardle took her 11-month-old son, Oliver to a clinic on 16th March when he seemed a little sick. The doctor then sent them home and asked her to keep Oliver hydrated and give him acetaminophen for children. From then on, things went downhill.

That night, Oliver appeared to be sicker, and she said that he seemed “lifeless”.

She said, “When I moved him, it was as though his bones were aching.”

The next day, she took him to the doctor again. After the nurse took a look him, they rushed Oliver into the emergency unit. Abigail described what happened as a blur. 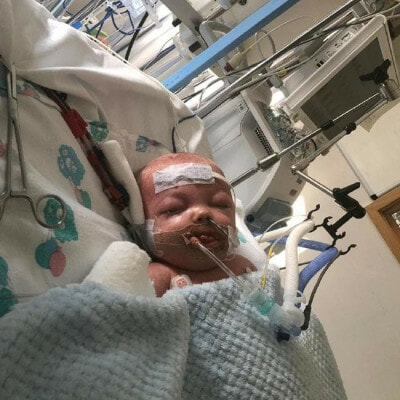 She overheard the doctor calling another hospital and asking them how they could treat Oliver. She also remembered seeing Oliver’s limbs turning purple and asked them to put some socks on him as she thought that he was cold.

They managed to stabilise Oliver but warned Abigail that if he deteriorated they would not be able to save him. Oliver was put into a medically-induced coma.

His parents were told twice that he was not going to survive. 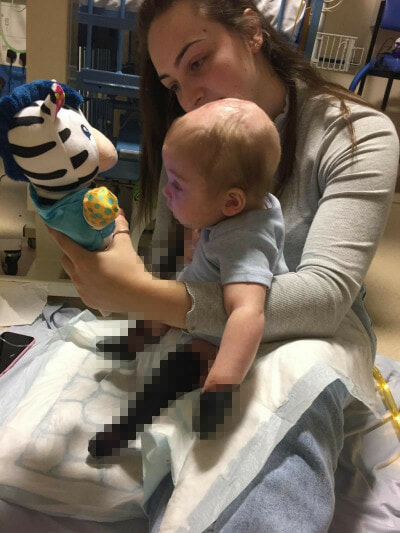 Doctors worked tirelessly to figure out what was wrong with Oliver and discovered that a throat infection that was not treated had turned septic (the immune system’s overreaction to an infection or injury). She claims Oliver never showed signs of the infection. 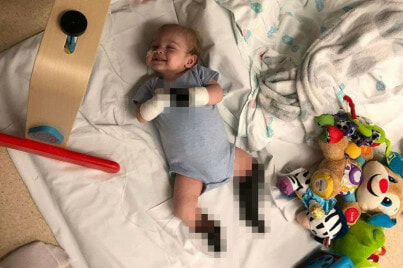 The little boy pulled through and survived with no damage to his brain, but the sepsis has caused both hands and his legs to turn black and effectively die off. On 4th June, Abigail shared in a Facebook post that she saw something that no mother should’ve ever seen.

While she and the nurse were trying to move Oliver from the bouncy chair to his bed, Oliver’s left leg self-amputated, as in it fell off on its own. Abigail said that she was traumatised. 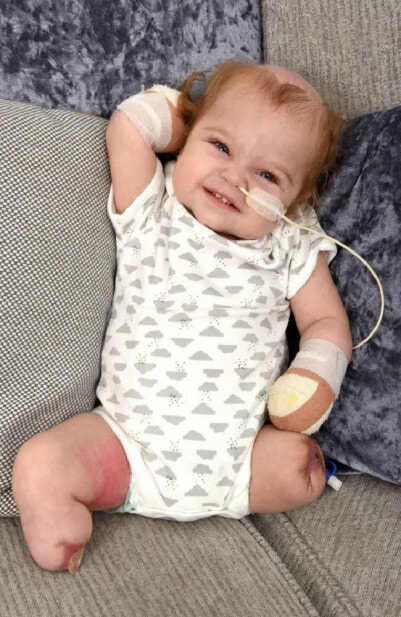 Oliver then had the rest of his limbs removed. Abigail noted that once the limbs were amputated, Oliver was a different child. He was so happy, full of life and looked relieved.

Oliver was discharged from the hospital last month and is now recovering at home. He is getting used to having no limbs and is now learning how to roll over. Medics hope that he can get his first set of prosthetics fitted in the next few months! 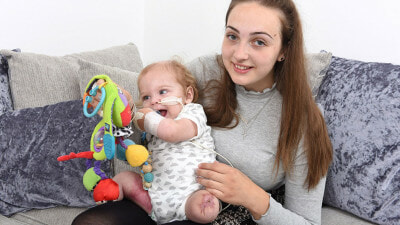 “I have to be positive because Oliver will copy me — it is my job to teach Oliver how to handle whatever life throws at him. Seeing his beaming face every day is enough to keep me going,” said Abigail in a recent interview.

Oliver is a good boy, and we hope that he’ll be able to grow up big and strong!

Also read: 23yo Woman Almost Dies After Getting Blood Infection From Blister Caused By Shoe Strap