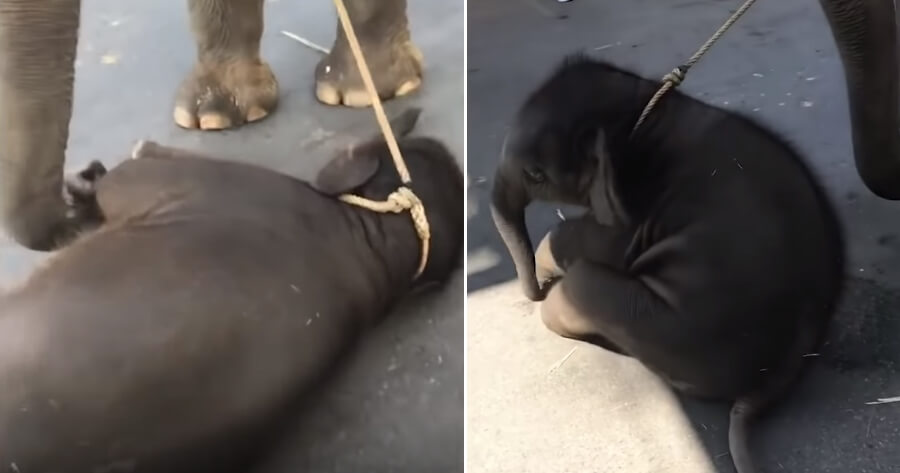 Recently in Thailand, an elephant nicknamed Dumbo died after its legs broke while being forced to dance for visitors. It was later revealed that Dumbo was suffering from malnutrition and exhaustion, which indicates the kind of treatment elephants used for tourist attractions are getting from their owners.

News about this ought to have alarmed the authorities and pushed them to put a halt on tourist spots and entertainment outlets making money out of elephants, however, it looks like these poor elephants are still being mistreated.

Another incident in Thailand, saw a one-year-old elephant become so exhausted that it collapsed next to its mother as they were giving rides to tourists near Pattaya last week. The baby elephant was tied to its mother with a short rope as they walked in the heat of day with temperatures reaching 40 degrees Celsius. 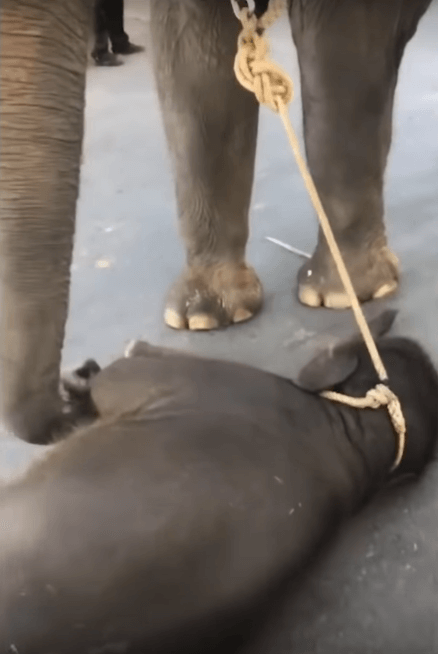 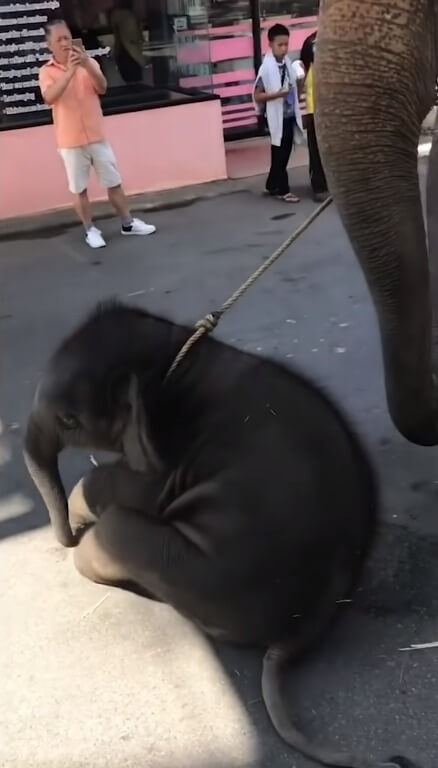 According to Mail Online, the heartbreaking scene was captured by a Filipino tourist who could only watch in horror as the baby elephant rolled on the ground in extreme fatigue. Eventually, it mustered enough strength to stand up and keep up with its mother as they walked along Nong Nooch Tropical Gardens to collect tourists. 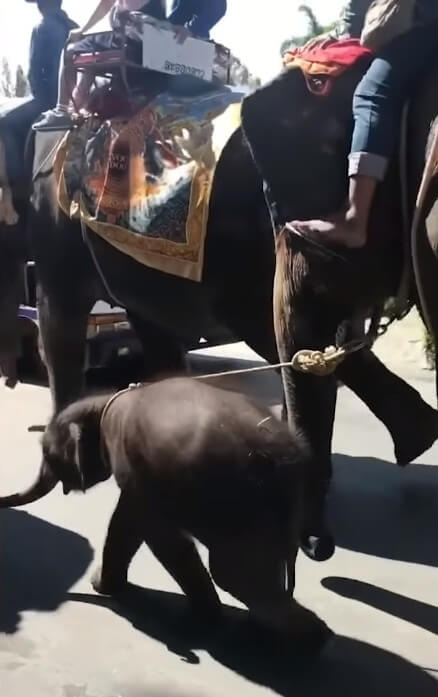 “There are many more baby elephants tied with their mother walking around with tourists at their backs enjoying under the heat of the sun while these elephants are suffering,” said the tourist, who works as a teacher in Myanmar and was on vacation with her friends.

“This one baby elephant was so exhausted, and you can see the mother comforting and encouraging her to stand.”

“I’m just concerned for the elephants and want to ensure their welfare is properly taken care of,” she said. 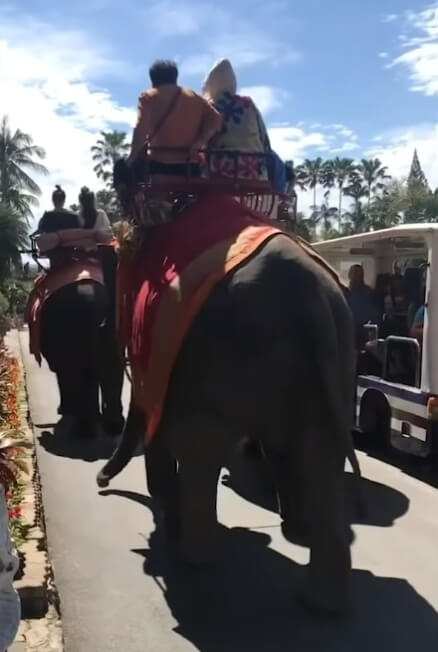 However, when a spokesman for the Nong Nooch Tropical Gardens was asked to comment on the matter, the representative denied that the baby elephant was tired or mistreated.

“All of the elephants are healthy and treated very well. If there is a problem they are treated by vets. All of the babies here are healthy,” he said. 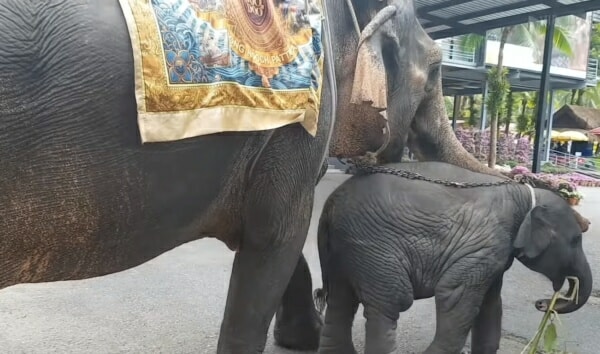 The video caused an uproar among netizens, who blamed the tourists for giving business to places that condone this kind of treatment towards animals.

“Poor darling. So tiny and forced to walk so far for so long. He’d have to take multiple steps just to keep up. Why the hell can’t he just be kept somewhere else and kept safe? Tourists have so much to account for when it comes to animal cruelty,” a user said.

“Wish people would just refuse to participate in such activities when on holiday. So distressing,” another commenter said.

We hope that this mistreatment of animals will stop and that the authorities will take action against such practices. Using animals to entertain humans at the expense of these animals’ health is just wrong.

Also read: Real-Life Dumbo Dies After Its Legs Break from Being Forced to Dance for Visitors 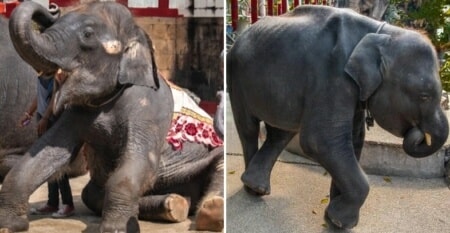