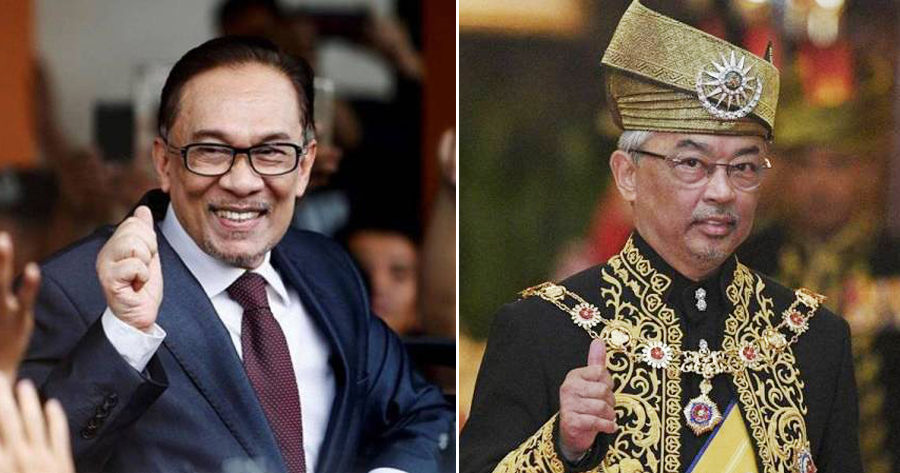 Anwar Ibrahim has announced that he has been granted an audience with the Yang di-Pertuan Agong next Tuesday (13 October).

In an official statement posted on his Facebook page, Anwar said that the Agong has recovered from his illness. Anwar will hence be meeting the Agong at his palace where Anwar will present documentation of the strong and convincing majority of Members of Parliament (MP) as he previously claimed he had support from.

“I ask all Malaysians to remain calm, protect their health and continue to pray from their homes and workplaces and follow the Recovery Movement Control Order (RMCO) procedures,” he said. 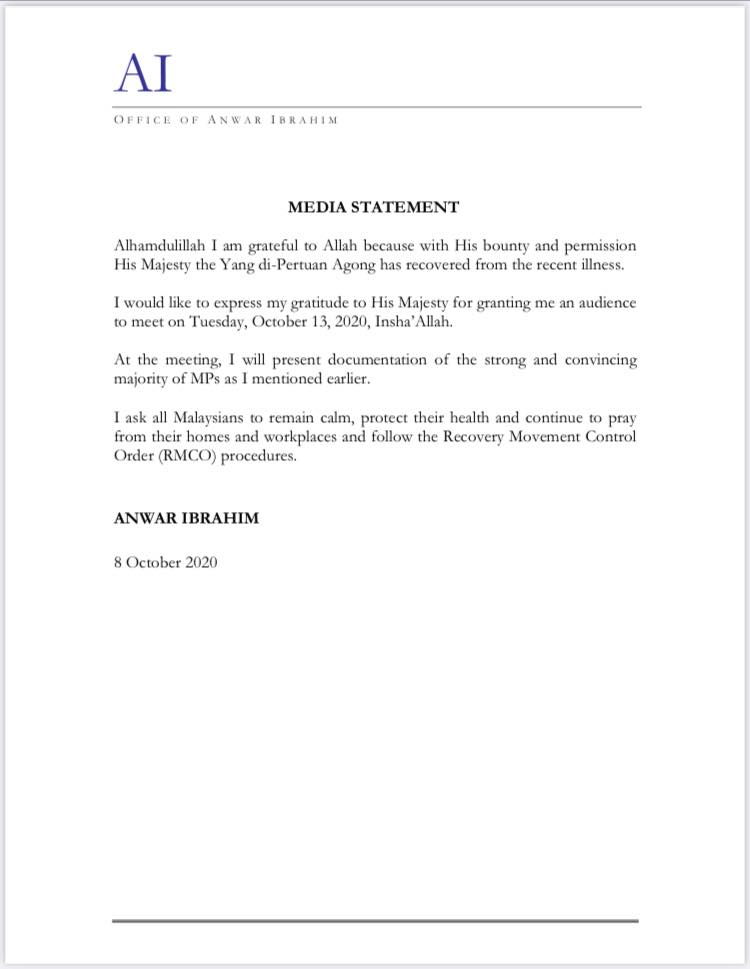 Anwar’s audience with the Agong was previously postponed after the Agong was admitted to the hospital following an episode of food poisoning. 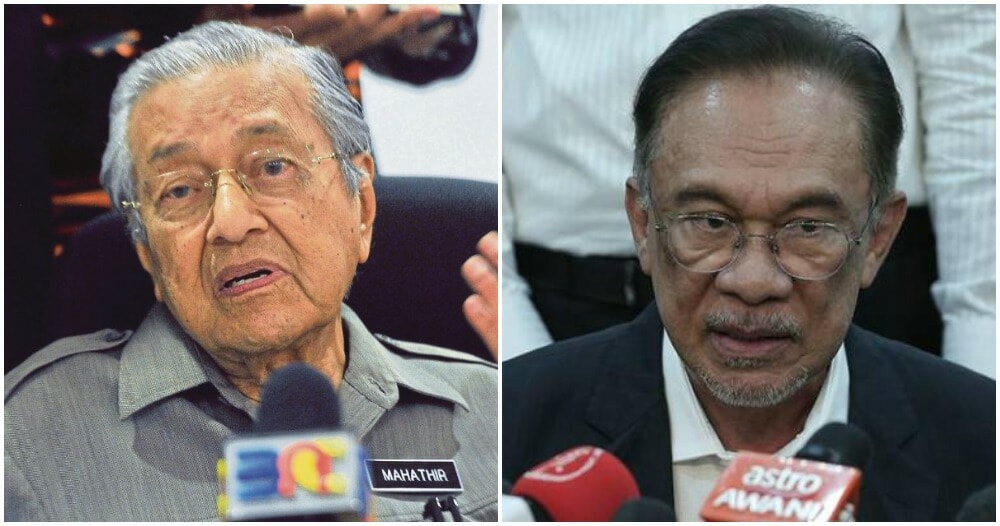