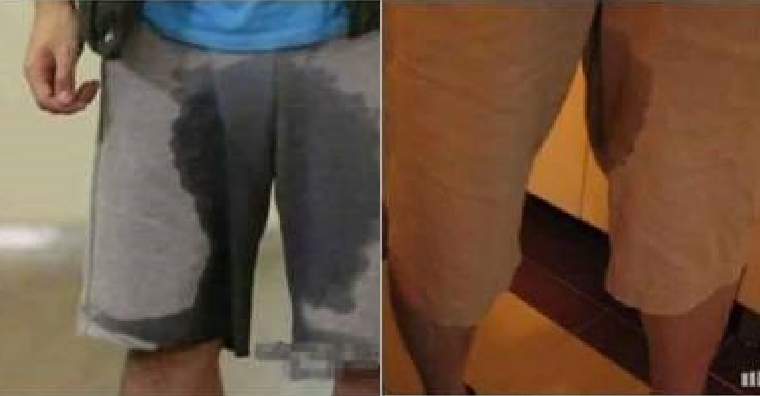 We’re sure you’ve heard of Annabelle, that scary doll that has been making her appearance known in various places in Malaysia and the recent release of her movie in the cinemas has even been dubbed the “scariest movie of the year” by Rotten Tomatoes. 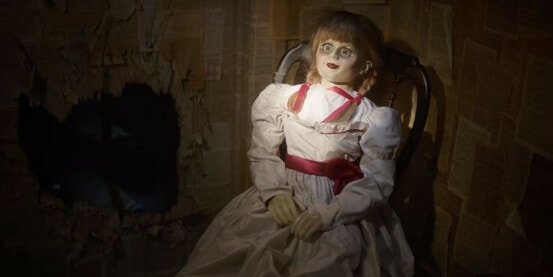 Well, this ‘charming’ little doll has made headlines once again thanks to her terrifying antics as Chinapress reports that her movie is apparently so spine-chilling that South Korean netizens have been sharing the aftermath once they watched Annabelle: Creation. Guess what happened?

It seems that the movie frightened them so much that they actually peed in their pants during the movie. These netizens also posted photos with the “evidence” still visible on their clothes, whether it was their own or of other people they saw. 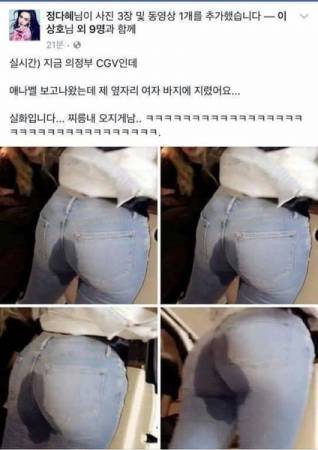 Some of the hilarious ones include this girl who went to watch the movie with her best friends but when she came out of the theatre, her jeans were wet and her friends all laughed at her before taking photos of her “accident“. Eh, why so bad!

Another girl left the theatre after she had watched just 40 minutes of the movie and decided that she’s had enough as she was too terrified to continue watching. 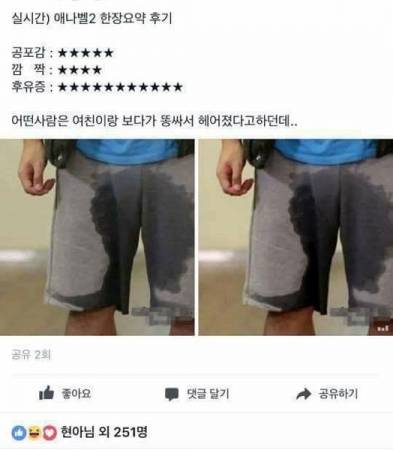 Meanwhile, a male netizen gave some wise advice for people who wanted to watch the movie after his own experience. He said, “If you’re going to watch this movie, do not drink water or keep ALL the lights on.” 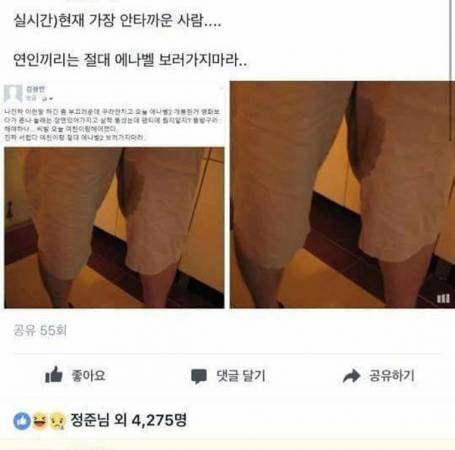 Another male netizen also shared his experience after watching the movie with his (now ex) girlfriend and said, “During the movie, I was even more terrified than her, but when she saw what happened to me after the movie, I am now single.” Aww, poor thing!

So, guys, what do you think of the movie? Is it really thaaat scary? :O

Also read: While Shooting, Priest Had To Be Called to the Set of Horror Film, ‘The Conjuring 2’ 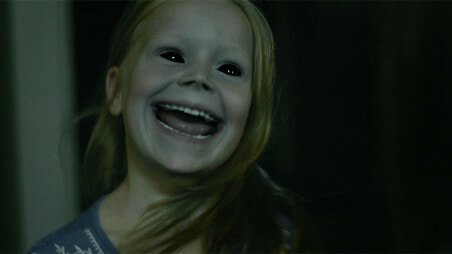