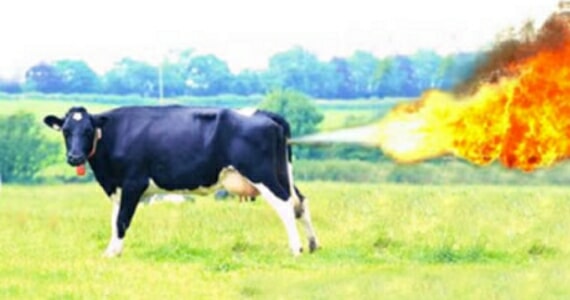 Allow me to be real here; EVERYONE farts. You fart, I fart, Beyonce farts, Brad Pitt farts. So let’s not pretend like it’s some disgusting weird thing that no one does. We’ve all been through the uncomfortable, exhausting effort that goes into covering up your scent (sometimes). Here are 8 types of farts we’ve all probably experienced (and committed) but wouldn’t admit to.

This one comes out so quickly and silently, with absolutely no sound whatsoever, yet stinks the hell out of anything. It’s the kind of fart where if done in public, you’re so glad it’s silent, but when you get a whiff of your own fatal fart, you instantly feel embarrassed, though no one will ever really know it was you. (Sneaky sneaky)

This happens when you can feel the gas moving in your stomach, trying to find its way out while your stomach makes the weirdest, loudest sound, and not to mention that feeling. Then, that glorious moment when you could fart it out; loud and proud, feeling satisfied and accomplished. Total liberation!

This fart only happens generally at a public setting. You don’t want to alert others about your fart or stink the entire place, so you try to keep it ‘low key’ by letting out a controlled tester fart to test if your fart is potentially going to stink the entire place or explode in a blow. If you’re still unsure, you would subtly release another tester fart. If all else is good, you let it all out and then feel so damn sly cause you’ve successfully released your fart in public without anyone realising.

This is not the nicest of all farts. The ‘false alarm’ fart is the kind when you thought you needed to take a shit, so you bolt for the nearest toilet, only to realise that you’re not doing a solid (pun intended) – you just needed to fart. It was just a fart in disguise, darn it!

Similar to the False Alarm, except the Stealth Shit could end worse. You would start feeling a little fart coming on so you decided to let it out. BUT, right at that split second, the unthinkable happens. You realised just then that it wasn’t a fart at all – something else crept out of your bowels instead! Bolting for the toilet, you try to back it up and not have anyone notice your rather… erratic movements.

This is perhaps THE MOST embarrassing fart of all farts. You are with a group of friends, laughing off hysterically when a fart escaped your booty, and it’s not a quiet one either. So now you’re stuck with an awkward need to laugh it off, and hope that no one would recall this moment, ever.

This one happens when you’re well… running.  It is the fart that slowly escapes with every step you take, like the slow demise of a balloon. In order to not let it all go (for whatever reason that may be), you would intentionally run slower, or slow down your pace to a crawl so that the would-be victim of your intoxicating gas couldn’t hear (nor smell) your fart.

This is the kind of fart that unfortunately happens in public which usually leads to (temporary) embarrassment. You attempt to do the Silent Killer in public, only to realise your fart had befouled the entire place and everyone should already be familiar with that scent. When others asked “Who just farted? OMG it stinks!” you try to pretend to be all disgusted “Ewww! Not me! Gross! I can totally smell it too! Who is it?!” – You instantly feign innocence the best you can. To further enforce your stand, you start playing the blame game and tai chi the perpetrator by asking “Eww something smells here! Who just farted?!” You sneaky bastard.