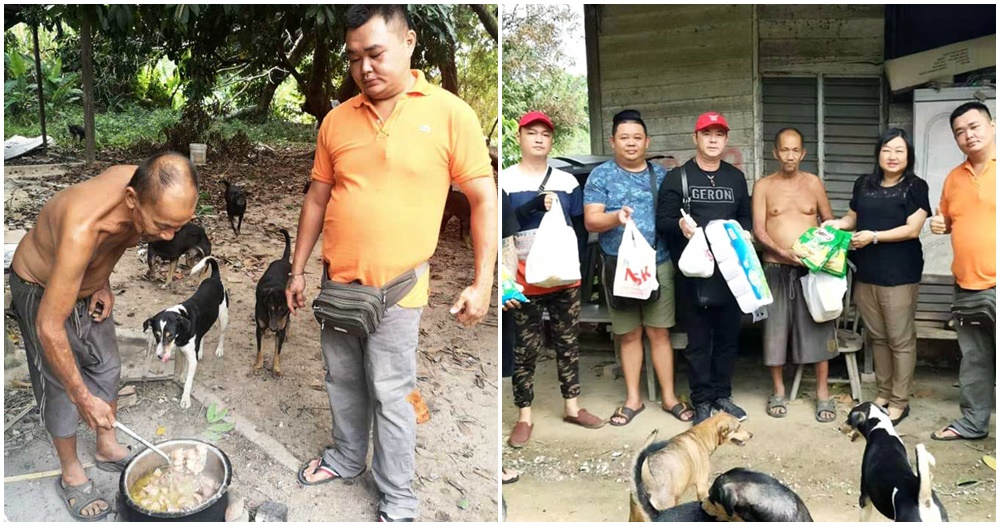 Sometimes those who have less tend to give more. This uncle’s story proves that you don’t need to be rich to be generous.

A 60-year-old uncle known as Zheng used to be a factory worker in Seremban, Negeri Sembilan before he was forced to retire after he was involved in a car accident last year that left him physically incapable to continue working. 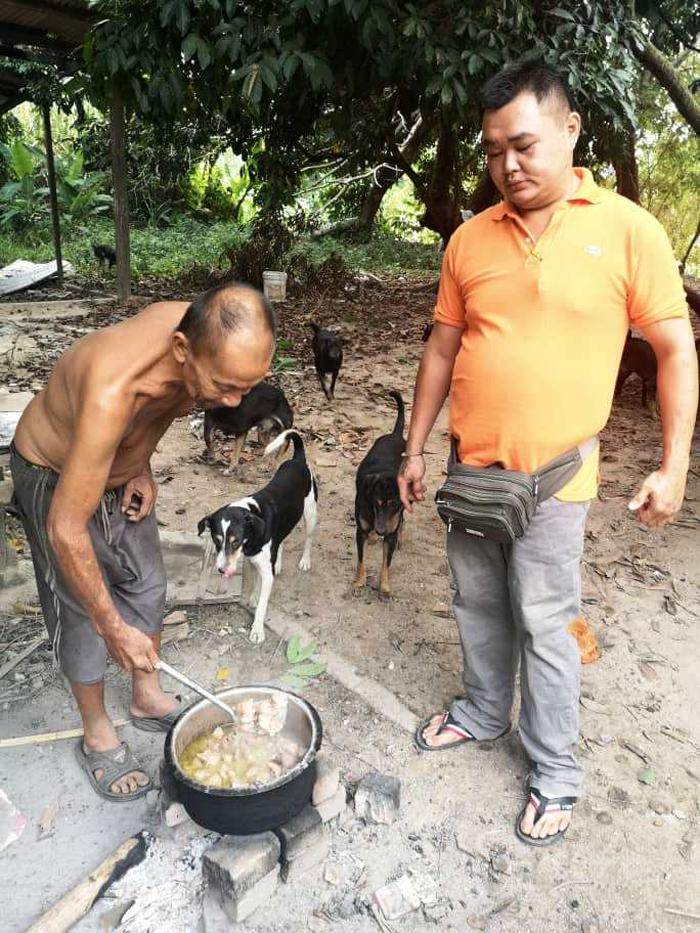 According to Guanghua Daily, the poor uncle had been recovering from liver cancer in the years leading up to his retirement but the accident worsened his condition. Hence, he had to leave his job.

As his only source of income was cut off, Zheng had to stretch the limited funds stored in his savings to make a living. Sometimes, he wouldn’t even have enough money to afford three meals! Yet, the generous uncle would still share the little that he had with a group of stray dogs that have been living in his area for many years. 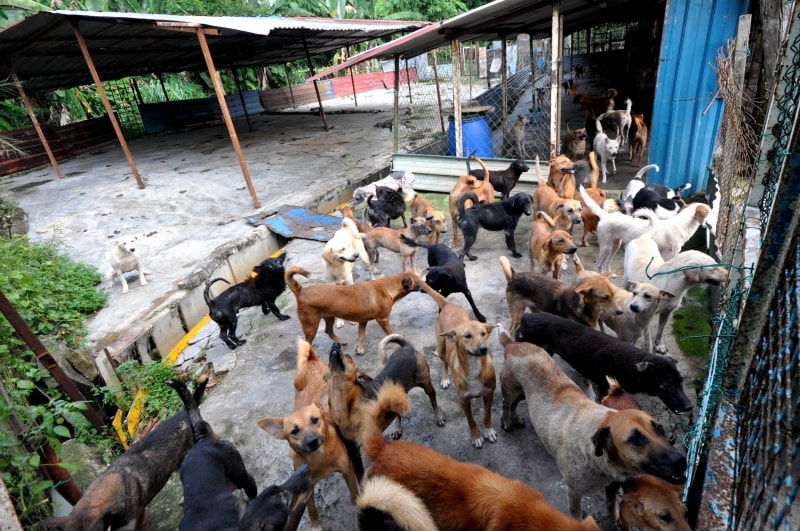 Everyday, Zheng would go out of his way to make sure the group of doggos he calls family don’t go hungry. The kind-hearted uncle and some other villagers would ride their motorbikes to a nearby eatery known as Yasha New Village Tea Room to receive leftovers or kitchen waste to feed the stray dogs.

Zheng would then proceed to cook the leftovers and insists on feeding the stray dogs first even if he’s hungry!

While Zheng’s situation is currently being monitored by a group of people from the Malaysian Charity Association, he is still struggling to keep a roof over his head.

A group from the association who visited him recently were shocked to find Zheng living in such atrocious conditions. Not only did he stay in an extremely remote area, his wooden house was reportedly located in an unsanitary environment that was covered with rubbish. 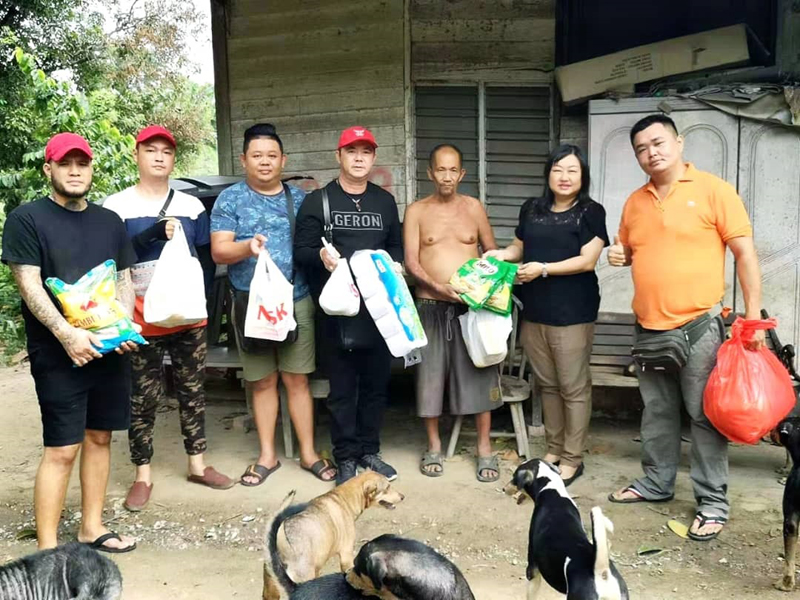 The poverty-stricken uncle doesn’t have access to clean tap water, which is why his home is tainted by the smell of urine and manure. Zheng said he usually uses a large bucket of rainwater to bathe and boils that water over a wood fire to cook for the doggos.

The founder of the association, Mike Chen, provided lunch for the poor uncle but also said that sometimes he goes hungry when the tea room runs out of food.

“Sometimes the tea room is sold out, Zheng is forced to go hungry, and must wait until the dinner is served to fill his stomach.”

He adds his concern that Zheng’s life might be at risk due to the instability of his home structure, especially since it’s monsoon season.

“The storms of the past few days not only scraped away the zinc sheets, it has also made the house structure unstable. We are worried that the wooden house will collapse at any time and crush Zheng.”

Mike urges the public to help this poor, generous uncle by whatever means they are able. If you’d like to help this kind old man or seek further information about his situation, do contact Mike at 017-3303677 for inquiries.

Let’s spread the word to help uncle Zheng out!

Also read: Heartbreaking Moment Old Uncle Sells Food Past Midnight, But No One Buys From Him 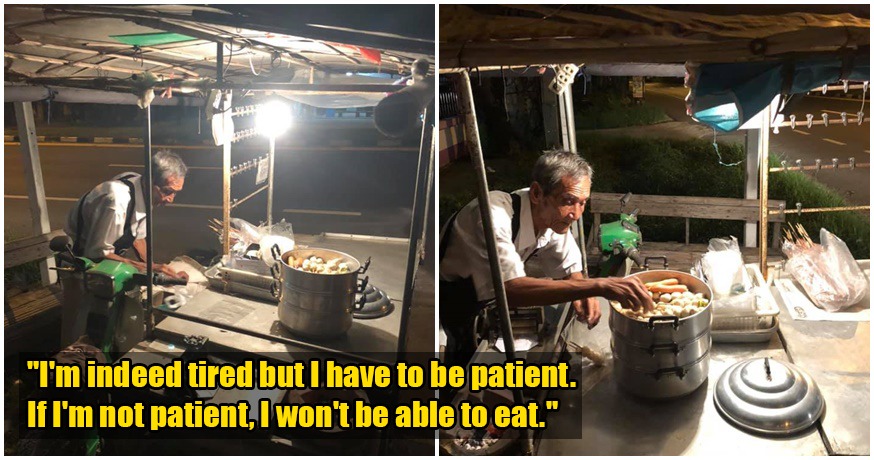