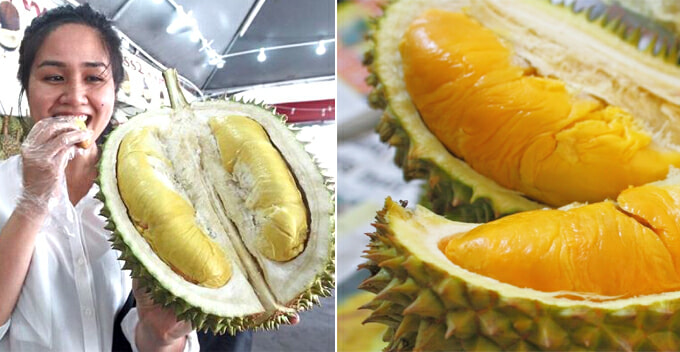 Durian is celebrated throughout the world as the king of fruits. But for real durian-lovers like most Malaysians, we know that Musang King is the real deal. If it ain’t Musang King, we ain’t eating!

Commonly known as Mao Shan Wang, Raja Kunyit or Musang King, this variety is regarded as the premium durian and cost wayyyy more than the ordinary ‘kampung’ durian.

Despite selling at minimum RM60 per kilo, durian-lovers are still willing to fork out around RM100 to buy a single durian. Seeing this, some cunning durian sellers took advantage of our obsession for the Musang King and would charge us a premium price for a regular durian.

So to prevent Musang King devotees from getting cheated, we’ve compiled 6 tips on how to identify a Musang King durian! Don’t get cheated no more guys!

1. The colour of the husk

It’s a no-brainer that durians are green on the outside. But for Musang King, the green is quite dusty and greyish. Some Musang King durians even have yellowish-brown husks!

Besides, the colouration of the thorn changes across the tip and the base. So look closely guys! 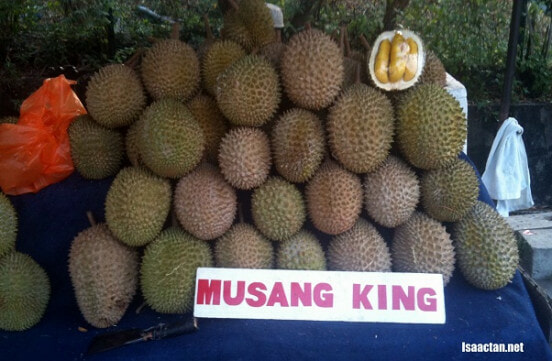 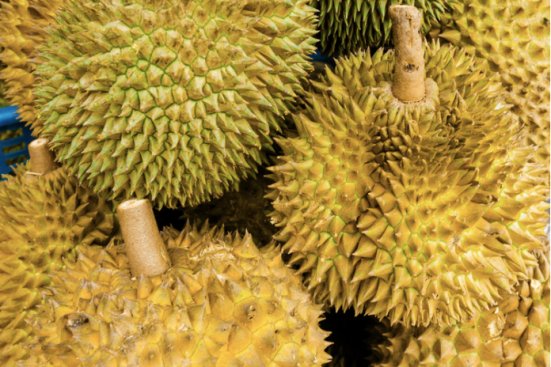 2. Density and Shape of spikes

On Musang King durian, the spikes are far apart from each other, instead of being clustered together. Besides, each thorn has a relatively huge base, which contribute to its pyramidal shape. 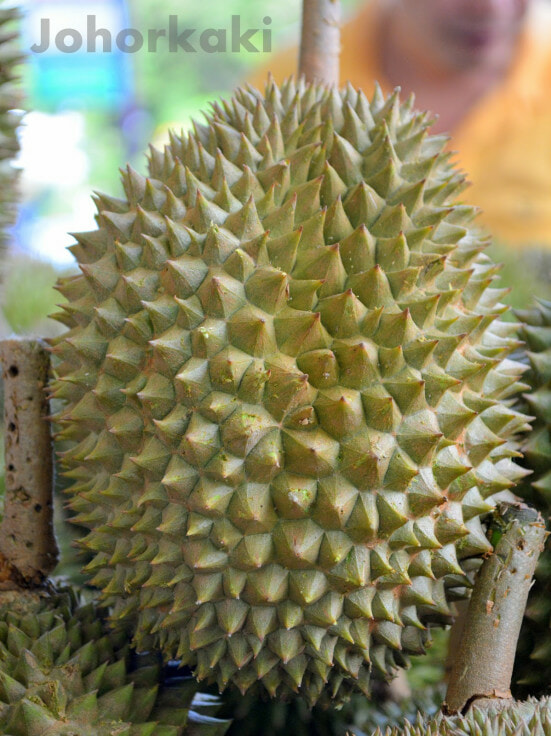 Moreover, the spikes are relatively blunt as compared to other varieties. This means that you should be able to hold it without causing too much pain on your hand. Of course don’t hold it for too long la… 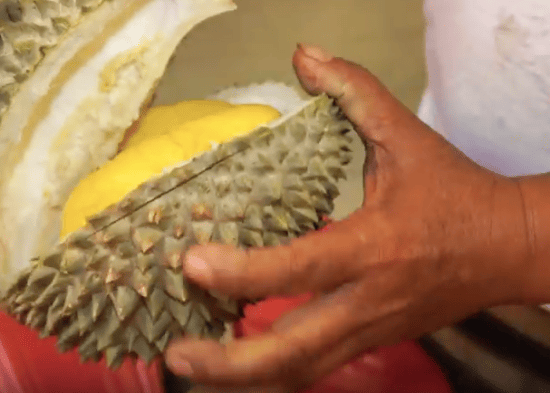 3. The shape of the husk

Musang King durian has a bean-like shape but some say it looks like kidney beans, an egg or a pear. You get the idea right? Whatever it is, the shape is NOT perfectly round! 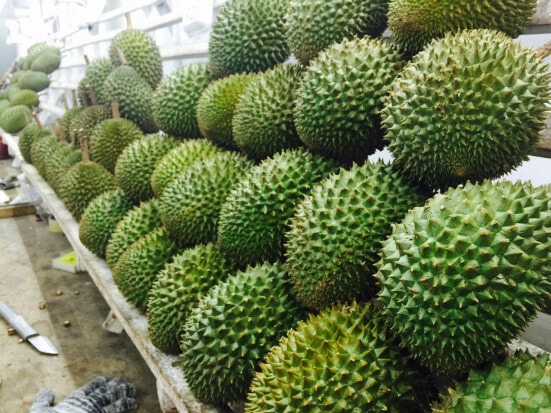 Another characteristic that sets Musang King durian apart from other varieties is the seam that looks like a five-arm starfish located at the bottom of the fruit. The seam is brown colour and very visible as compared to other varieties.

Source: Year of the Durian

For Musang King durian, the crown is relatively smooth and bald compared to other varieties. And there’s a small noticeable gap between the crown and where the spikes begin. 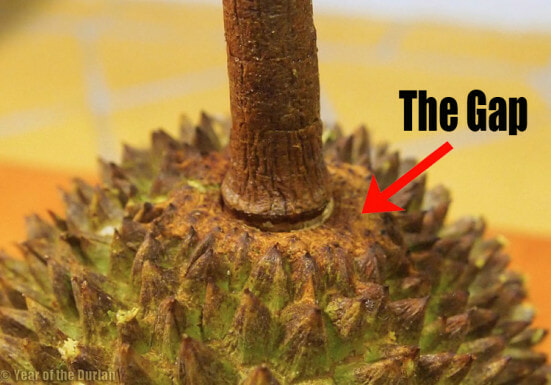 Source: Year of the Durian

In case you don’t already know, Musang King durian has thick, golden-yellow flesh that tastes sweet with just a hint of bitterness in it. The texture is custard-like and extremely creamy. If it’s pale white and rock hard, then you know you’ve been cheated! 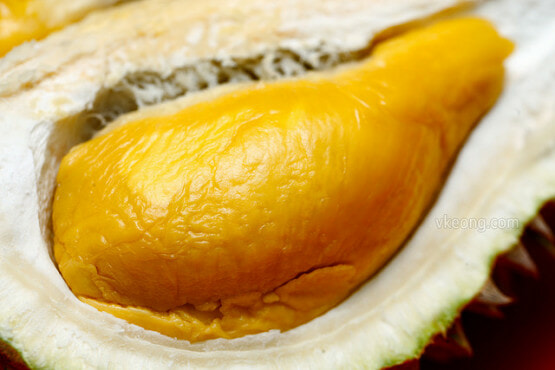 So guys, be sure to look for these traits because there’s nothing more saddening than opening up a Musang King durian just to find out that it’s a ‘kampung’ durian. Now you won’t be cheated again!

Also read: Video of Durian Being Grilled Goes Viral on Facebook, Gets Netizens in a Frenzy 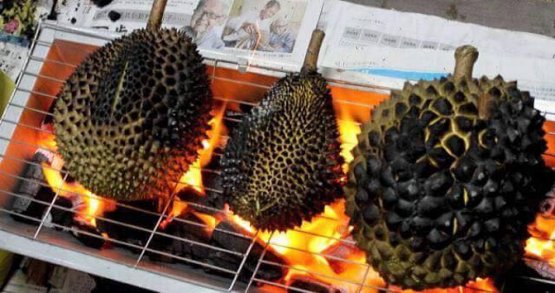