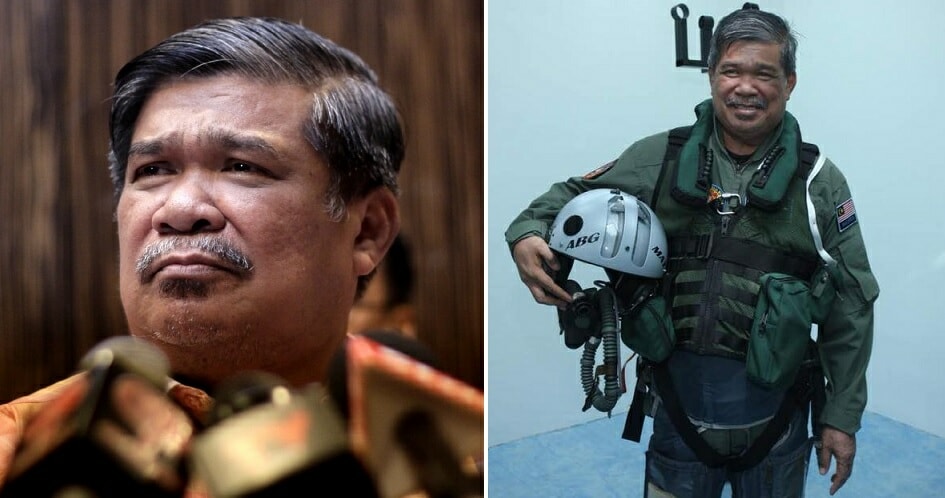 Malaysia’s favourite new minister, Defense Minister Haji Mohamad bin Sabu (aka Mat Sabu) have to defend himself yesterday against what he deemed a ‘below the belt’ jab from former Prime Minister Dato’ Seri Najib Abdul Razak.  According to FMT, Najib, two-times former Defense Minister himself, expressed his doubts about Bang Mat’s abilities to helm the post and even called him a ‘cartoon’ and a ‘joker’.

Okay, that’s such a weird jibe to make. Well yeah there are a few Mat Sabu memes lying around the interwebs and his selamba demeanour can be quite entertaining sometimes, but that shouldn’t diminish his capabilities as a minister.

So, in defence of our Defense Minister, we have compiled a list of badass moments that Mat Sabu has done that would make you go “Cis! Mari Kita Bangun!” to all his doubters out there.

1. He was detained by ISA two times! 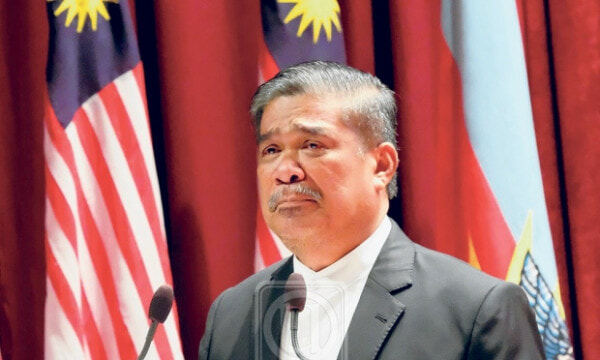 It’s not all sunshine and roses for our beloved Bang Mat during his political career as he was detained by the Internal Security Act not once, but twice! According to the Sun Daily,  Mat Sabu was detained from 1984 to 1986 for allegedly being involved in extremist movements and then from October 1987 to January 1989 under the infamous Operation Lalang which also saw other leaders such as Lim Kit Siang, Lim Guan Eng and the late Karpal Singh being detained. Not only that, Mat Sabu was also put under house arrest after his release up until 1990.

Having gone through multiple detentions, Mat Sabu is lauded as being fearless and someone who dares to stand up for the rakyat regardless of what will happen to him. Now, if that’s a cartoon character, then maybe he’s a superhero!

2. He founded his own political party, Parti Amanah Negara (PAN). 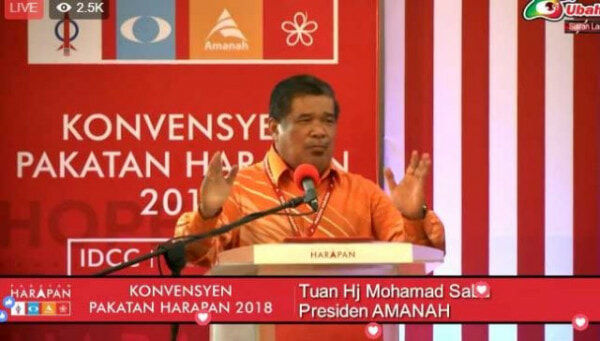 How many people can actually say they founded a political party? Through a movement in 2015 called Gerakan Harapan Baru, Mat Sabu led former senior leaders who had left Parti Islam Se-Malaysia (PAS) to take over a dormant party, the Malaysian Workers’ Party and renamed it as Parti Amanah Negara. This party is now one of the four parties that makes up our ruling coalition, the Pakatan Harapan. Not bad for a 3-year-old party!

By forming this party, Bang Mat joins illustrious names such as Tun Onn Jaafar and Tun Tan Cheng Lock as the founder of political parties that would go on to govern the country. How badass is that?

3. He is a man of unshakeable principles When we look back at Mat Sabu’s political career, one thing that stood out is his unwillingness to sacrifice on his principles. Whether it is kawan or lawan, Bang Mat will voice out his opinion wholeheartedly as exemplified when he left PAS to form PAN due to a clash in principles. In 1986, he even contested the elections in Permatang Pauh against his good friend from ABIM, Datuk Seri Anwar Ibrahim who was then flying the flags of UMNO. Although he lost to Anwar, it shows that he fights for what he feels is right, even if it’s against his friends.

He is also not a person to holds grudges. This can be seen by how he forgave Tun Mahathir as reported by the Star for their past squabbles as long as the latter is in line with Mat Sabu’s principles. The former rivals teamed up and ultimately gave birth to the Malaysia Baru we live in today. 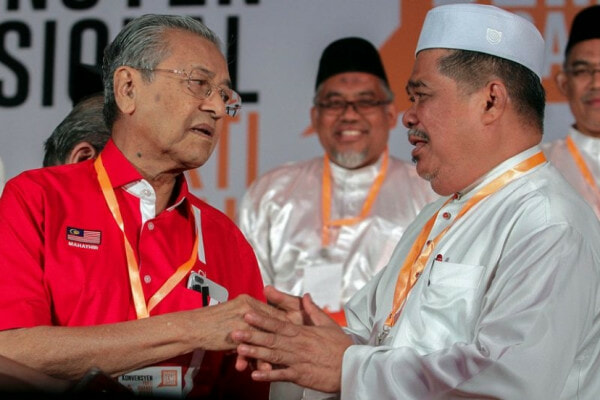 4. He Stopped The Tradition of Giving Away Military Titles to Politicians 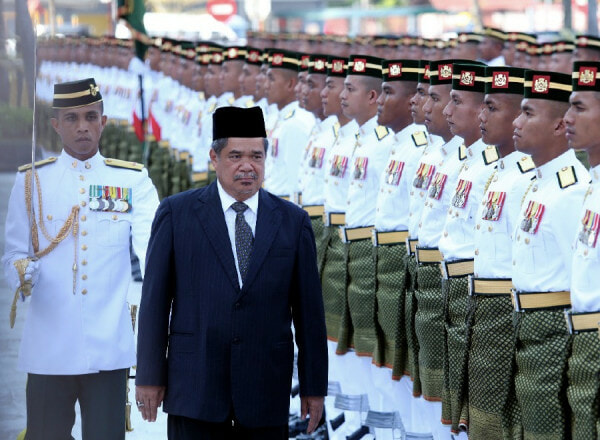 In a move that’s never been done before by past Defense Ministers, Mat Sabu has bucked the tradition of giving away military titles to politicians as reported by Malaysiakini. This has been greatly welcomed by the Malaysian Armed Forces whereby past high ranking officers have publicly voiced out their dismay at the tradition, saying how it cheapens the Army uniforms. One such officer is Lt-Col (ret) Mohd Idris Hassan who said that military ranks should be earned and not rewarded for political and public celebrity.

Bang Mat’s decision to move away from this tradition only shows that he doesn’t need to wear an unearned military uniform to be badass, although he does look good in one as seen below: 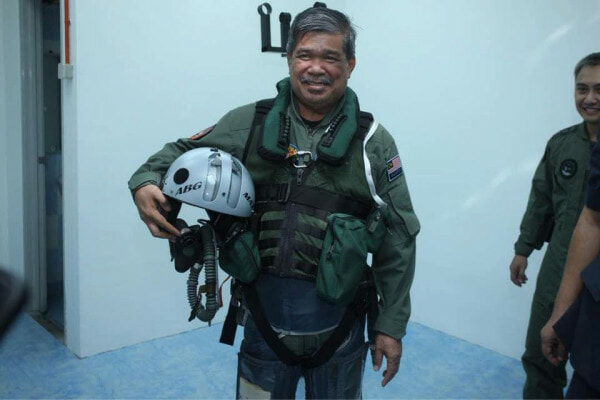 5. He fights for Democracy! 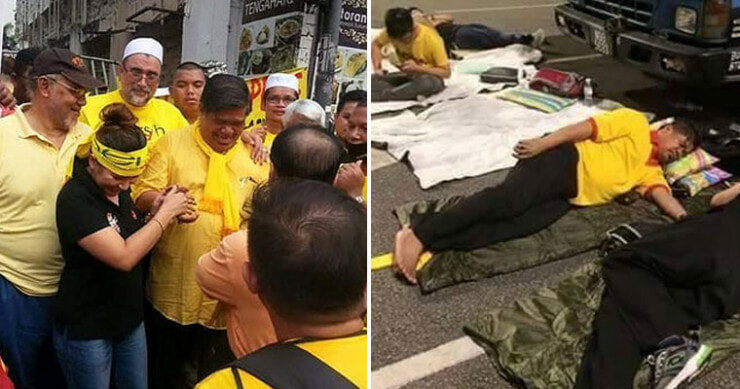 The final and most important fact is that Mat Sabu fights for democracy and there’s nothing more badass than that! He was an ever-present throughout all the Bersih rallies that we should probably call him Mr. Clean. Nothing exemplifies Mat Sabu more than this quote he gave in a video with Lim Guan Eng: 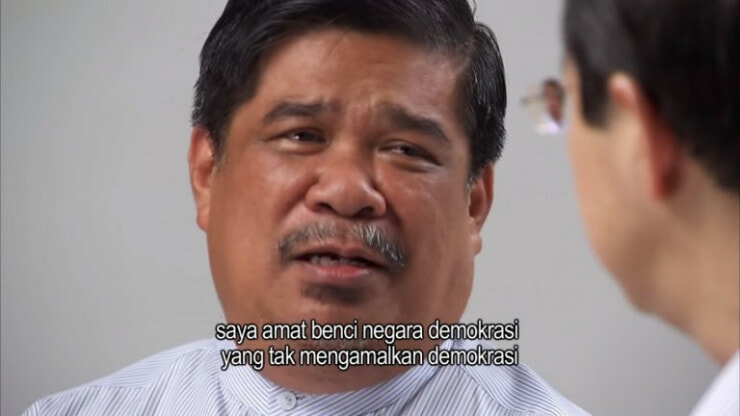 What we can say about Mat Sabu is that he is definitely a character that’s larger than life so maybe that’s where the ‘cartoon’ jibe came from. What do you guys think? Share your thoughts with us in the comment section!

Also read: “This is Not Defence Minister Material. This is A Joker,” Says Najib on Mat Sabu 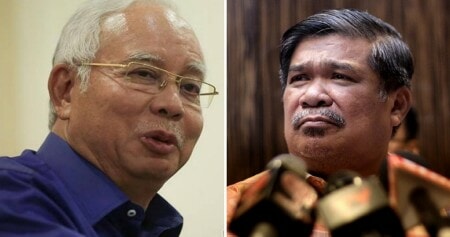