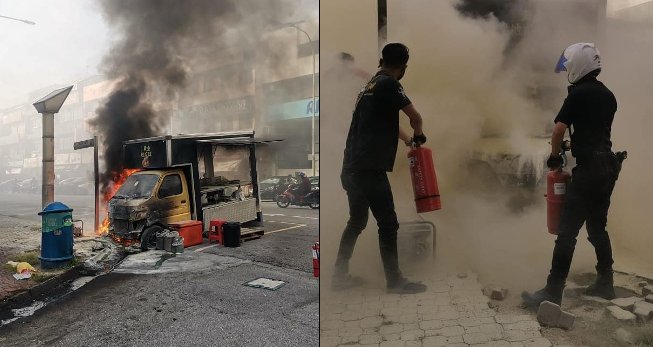 A policeman’s swift action in removing two gas tanks from a burning food truck and preventing the fire from getting worse deserves to be praised by everyone.  Through a post on the Petaling Jaya District Police Facebook page, the incident is said to have happened in Section 14, Petaling Jaya at about 6pm when the Motorcycle Patrol Unit (URB SP 18) was conducting their routine patrol work. The post wrote,

“While visiting a 7 Eleven, the patrol team saw a fire incident involving a food truck in front of a shopping mall here. Lans Koperal 205571 Ezwan acted quickly by pulling out two gas tanks while the fire was raging and managed to extinguish the fire with the help of the public.”

The owner of the lorry then went to the Sea Park Police Station to lodge a police report. Kudos again to Lans Koperal Ezwan for his swift action in preventing the fire from getting worse as well as ensuring no one got hurt during the incident.

Also read: Factory Workers Under Quarantine In Sepang Run Out Of Food Supplies, PDRM Comes To The Rescue 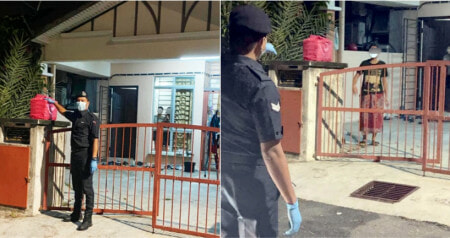