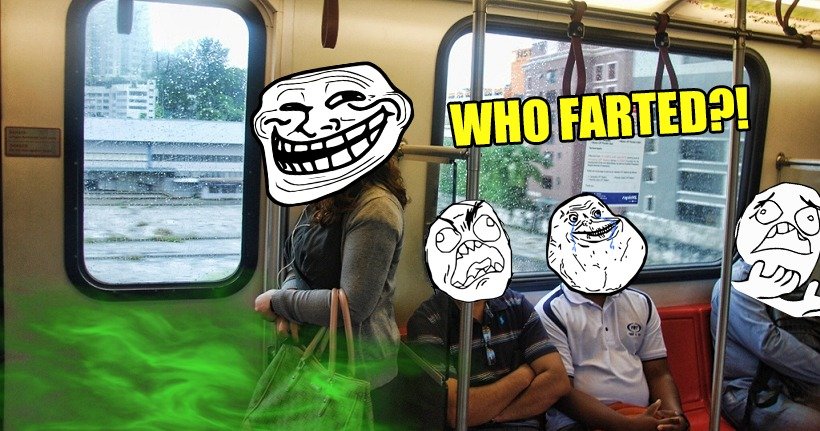 Is it just me or do our stomachs always act up during inappropriate situations? Having sakit perut in itself is already really annoying but pair it up with a social situation and it would be downright awkward!

It’s as if our stomachs know well that we’re in public and purposefully make up a scene to embarrass us. From grumbling noises near lunch hour to an uncontrollable need to release gas, here are a few of those awkward moments that most of us Malaysians can definitely relate to:

1. Trying to discreetly loosen your belt in public because your stomach can’t tahan anymore 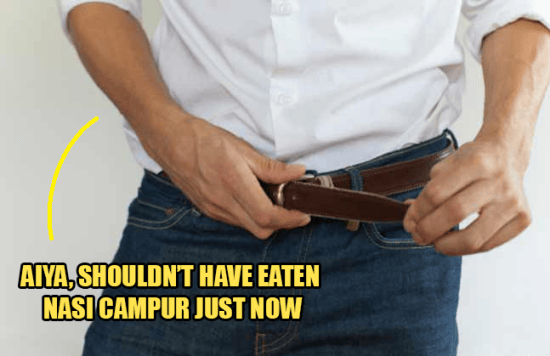 Okay, you probably shouldn’t have asked for that extra serving of rice at the economy rice store during lunch hour! Four hours later and an alarming case of indigestion strikes your not-so-happy tummy.

Now you’re on the train home trying your hardest to find a sitting position that doesn’t give too much pressure on your bloated stomach but it’s all to no avail. Like it or not, you must loosen up your belt but there are too many people around. Unbuckling your belt in public is a recipe for disaster as people would confirm think you’re a pervert. So you try and go ninja mode and unbuckle discretely but of course, that girl in front of you saw the whole thing. Oh, the horror!

2. Feeling gassy and trying to hold on to your gaseous assets in public 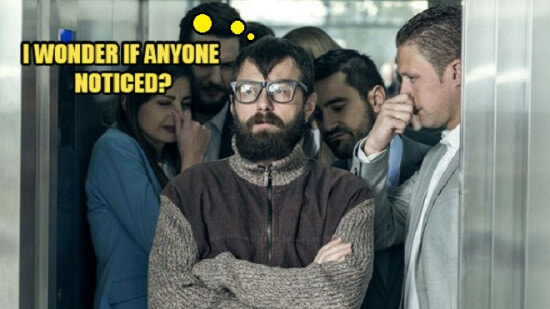 Everyone needs to let out steam every now and then, but letting out gas? Surely, not in public! Another mafan thing to deal with is the gaseous assets our stomach produce, which rebels and wants freedom from the constraints of our tummies.

What’s more, they always strike at the most inopportune moment such as when you’re stuck in a crowded lift with random strangers. Don’t lie ah, all of you confirm have considered letting out that fart in these moments thinking that it would be the “silent killer” type and no one would ever notice.

3. The loud grumbling sound your stomach makes when you’re in a meeting just before lunchtime 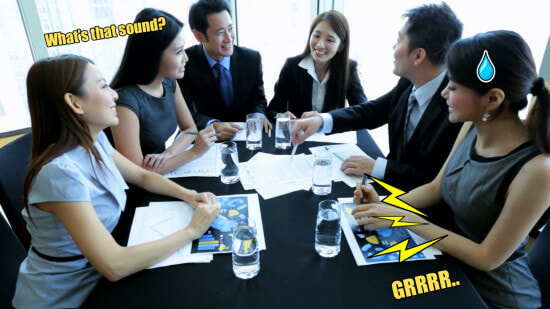 Why do our bosses always schedule meetings directly before lunchtime anyways? Don’t they know it’s literally the most unproductive hour of the day? Plus, we’ll be having our thoughts on fried chicken the whole time!

Of course, it is during these meetings that our stomachs would like to raise their unsolicited opinions too. It’s literally heard by everyone in the room and the worst part is that they’re absolutely beyond our control. Even the big boss must’ve heard it! Where to hide face?

4. Having to excuse yourself to the toilet a second time because your stomach is still having a meltdown 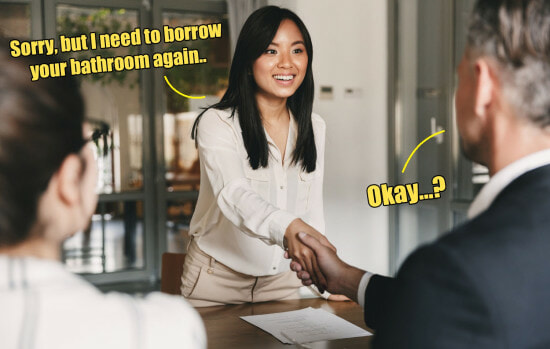 Indigestion is really a pain in more ways than one. Especially when you have that stomach meltdown that requires multiple consultations with the toilet bowl. You can thank the sambal you had the night before!

Of course, like the rest on this list, it always happens when you’re in a social situation. The worse case of having sakit perut is when you’re in an interview session. Having to excuse yourself to the toilet once is already awkward, but a second time? That’ll just leave a bad impression on the interviewer!

Okay, indigestion is definitely not fun! That’s why you have to take care of your stomach’s health so that these awkward and embarrassing moments would not happen anymore. While there are several ways to do so, one fun and yummy way is by drinking CALPIS

Did you know that CALPIS has been keeping the nation’s tummy happy for 100 years now?

Yes, Calpis, Japan’s first cultured milk drink since 1919 is officially 100 years old this year and that’s HUGE for the brand! It all began when the founder, Kaiun Mishima suffered from a weakened digestive system during his trip to Inner Mongolia. The locals offered him cultured milk for a short period of time and that’s when he realised that his digestive health has improved; plus, he felt refreshed both physically and mentally! So surprised by the cultured milk’s health benefits and delicious taste, Kaiun Mishima was inspired to create one, which he did as soon as he returned to Japan. Then… Ta-da, Calpis was born!

Wow, who would’ve thought such a yummy drink could be so beneficial to your health weh! Moreover, it has been taking care of our Malaysian tummies too since December 2015, with so many flavovurs to choose some more wey! 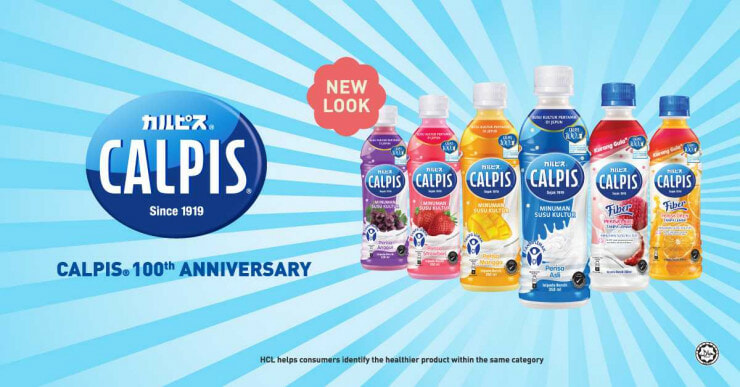 If you haven’t tried Calpis yet, what are you waiting for? Not embarrassed enough being caught in those awkward moments? Go get a bottle today! Feel the ‘goodness’ inside you 😉

For more information regarding the wholesome drink CALPIS, click here.