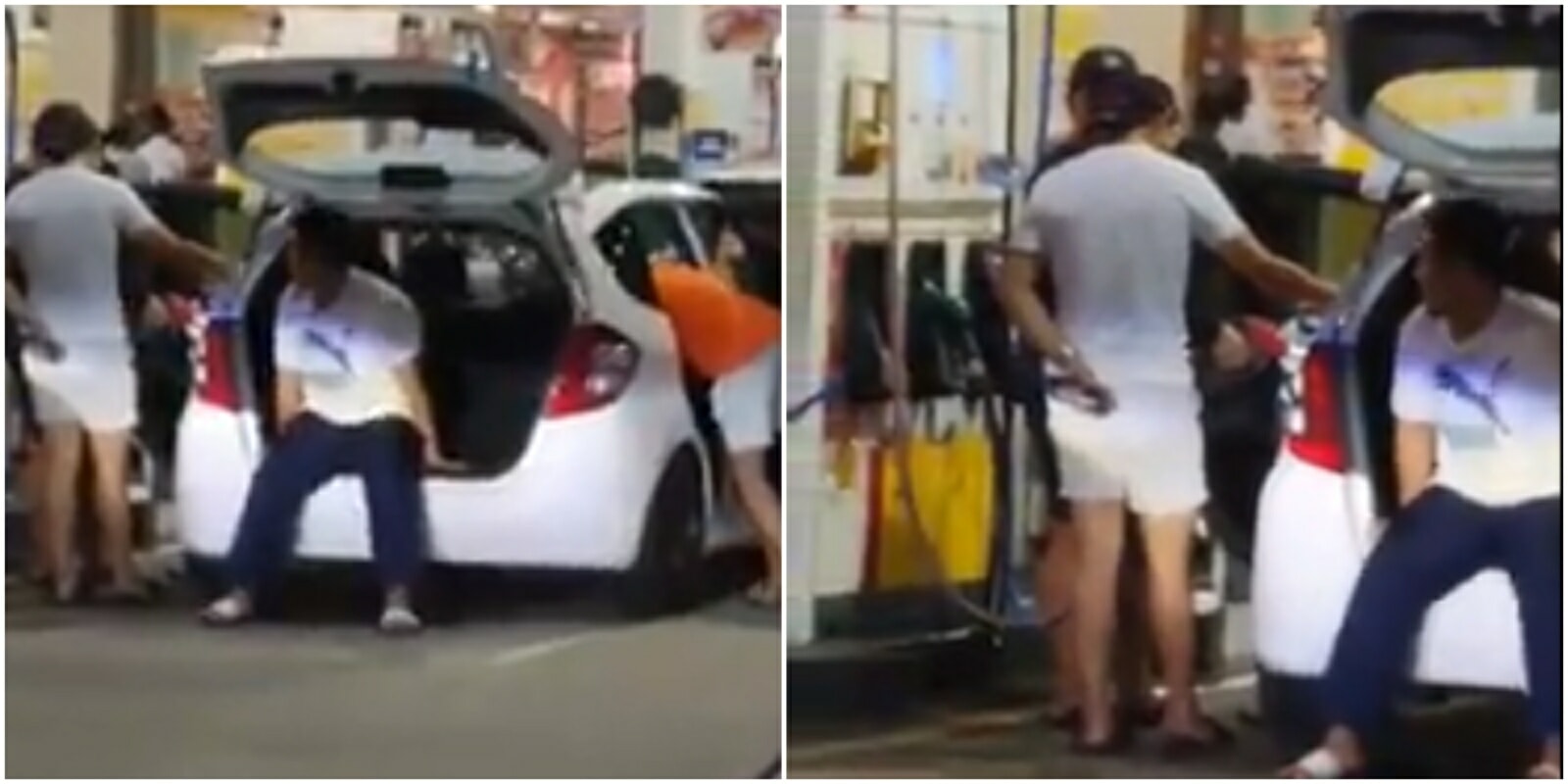 Despite it being debunked many times over, there are still plenty of people – especially Singaporeans – going around shaking their cars at petrol stations, in hopes of filling up their tanks with more gas. In the most recent incident, four men actually worked together just to get the deed done, and boy do netizens have something to say about it!

A video uploaded to Facebook page All Singapore Stuff showed four men at a petrol station in Johor Bahru ‘cooperating’ to maximise their car’s petrol tank capacity. Two men are shown vigorously tilting and shaking the car, while one refilled the tank, and another kept watch on the tank.

They are believed to be Singaporean, and as diligent as they are in increasing their fuel capacity, they’d surely be disappointed to know this myth has been proven to be untrue! On an episode of Channel News Asia (CNA)’s show Talking Point, car workshop director Vincent Emmanuel Lee elaborated on the actual method to get more petrol in.

In fact, overfilling the tank may actually do more harm, as it lets the petrol flow into the evacuation system, which dispels vapour from your car’s fuel tank. If petrol gets into it, the system will break down, and repairing it will be pretty costly. Take note, guys! 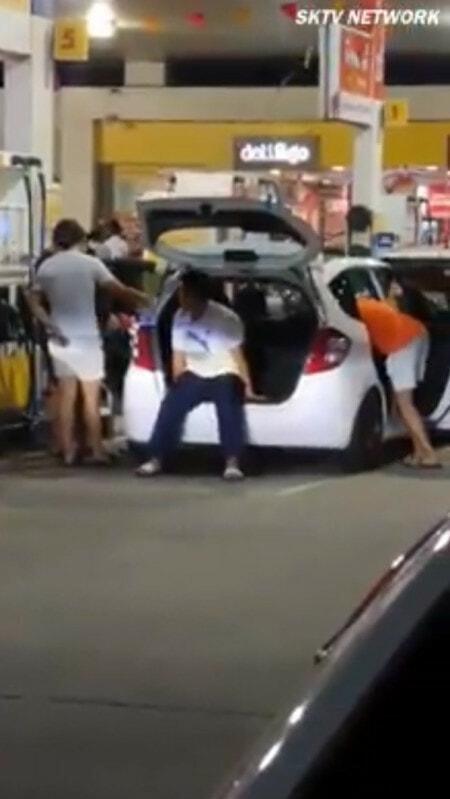 What makes the Singaporean men’s alleged kiamsiap-ness even more maddening is that there was a long line of cars queuing up behind them to pump petrol, as can be seen from the viral video. It’s not a bad thing to want to save money, but c’mon guys, let’s be considerate while doing so!

Since the video was uploaded, netizens’ reactions have poured in, with sentiments ranging from disgust to amusement to shame for being the same nationality as these men.

Now that we know for sure that this is absolutely ineffective, we hope this keeps you from getting the same ideas! Please lah, petrol station lines are long enough as it is during peak periods; the last thing we need is someone hogging it in hopes of saving a few ringgit – or SGD, for that matter. 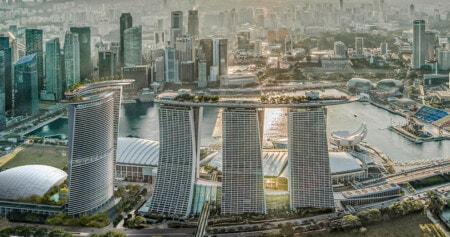