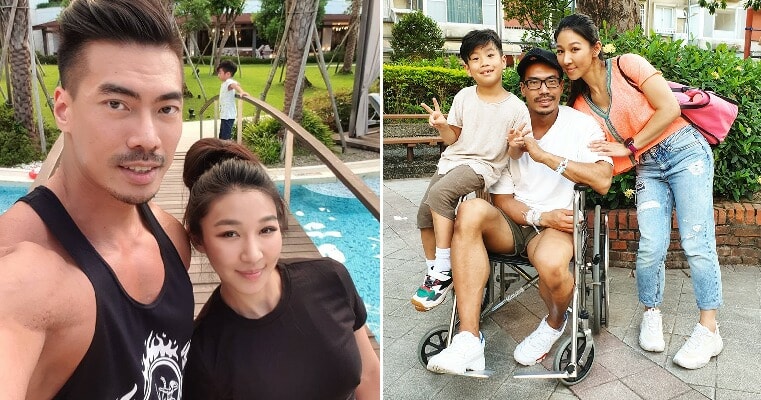 A 37-year-old bodybuilder known as “Muscle Dad” or JZ Fitness from Taiwan was recently struck down with a stroke that has shocked many as he was a popular fitness instructor and looked very healthy. Together with his wife, “Muscle Mum” or also known as JZ Mum, they were a fitness couple who would often attend events and hold classes together. 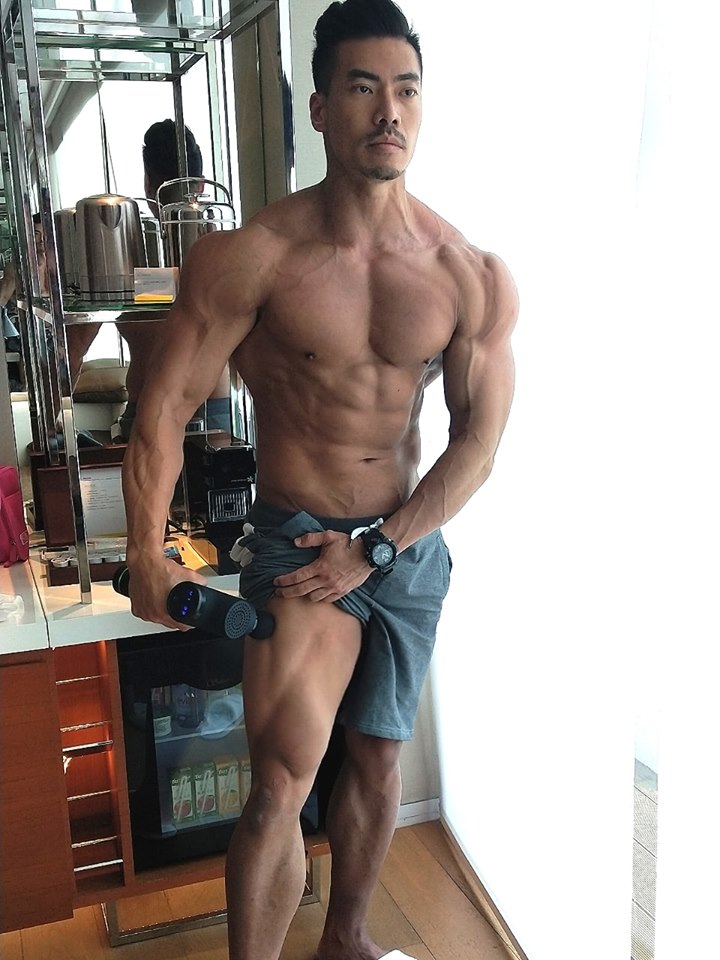 However, JZ Mum shared the traumatic experience on Facebook a few days ago on September 13, saying that this year’s Mid-Autumn Festival was different for their family. She said that one morning last week when her husband wanted to take a nap after sending their son to school, she found him collapsed on the ground suffering from a stroke.

“Luckily, I haven’t gone out yet and went inside the room. I found him there and managed to send him to the hospital in time. The details of that day are a blur as I was rushing around trying to handle many things in the hospital as I accompanied my husband. The doctor said there was a brain embolism but because he was sent to the hospital within three hours he had more treatment choices.” 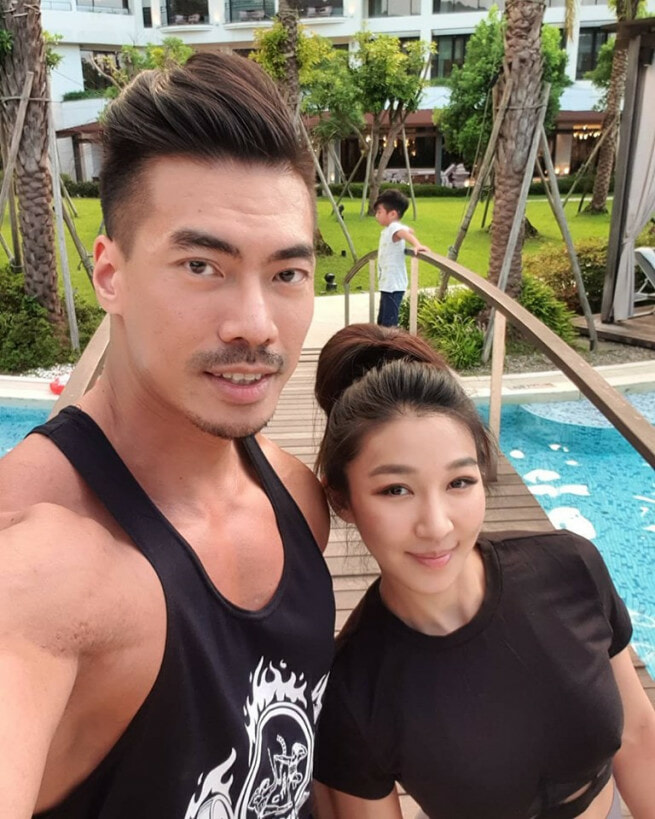 She said she couldn’t believe that this was happening as they were happily vacationing just last week but now, JZ Fitness was lying on the hospital bed, fighting for his life. In addition, she had to juggle her other duties while worrying about her husband so she had to stay strong and not break down and cry.

After one week in the hospital, where her husband got transferred to the normal ward, he still remained in a coma. Seeing as her husband was normally really fit and took care of his body, it left them puzzled as to why he would suddenly get a stroke. However, after going through his medical history, the doctor discovered the possible reason. 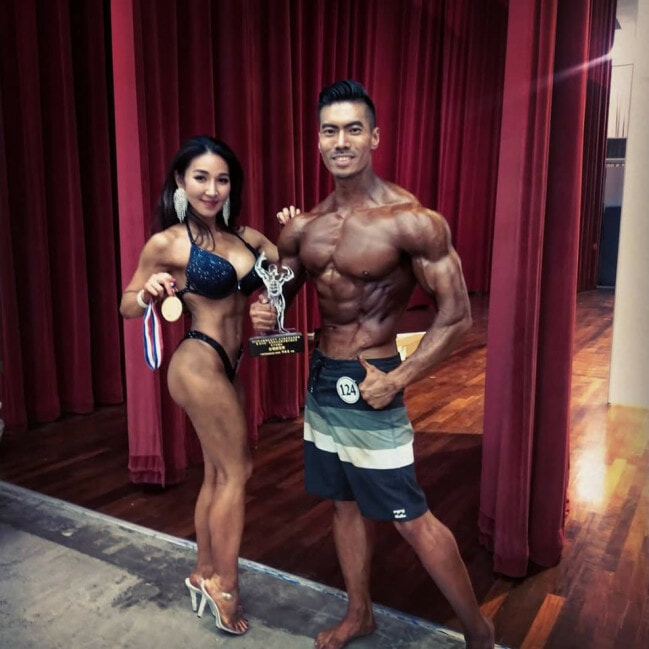 JZ’s health statistics were fine but it was revealed that on his mother’s side, they had a hypercoagulation problem, which means that blood clots easily for them. She said her mother-in-law needed to take medicine to control this. Two of their relatives had already suffered from a stroke before and one of them was only in his twenties.

“We thought that we were very healthy as we regularly worked out, were still young and went for yearly checkups. However, he would often sleep late around 3am while he was rushing his work and then wake up at 6am. During the day, he would take naps but he usually had less than six hours of sleep a day.” 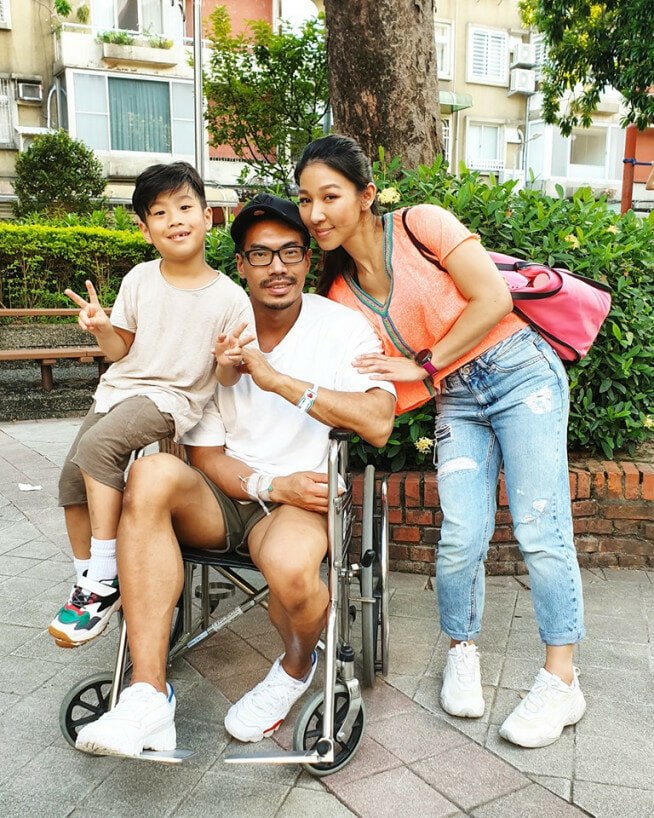 She explained that this lack of sleep, overwork and his family’s medical history in his genes, it was likely to be what may have caused his untimely stroke. Fortunately, her husband woke up and send a message to her one day and she said in their eight years of marriage, that message was the best gift she had received.

JZ is now undergoing treatment and rehab, which is progressing quickly thanks to his already-fit physique before. JZ Mum said that after this incident, the whole family learnt their lesson and now, they sleep at 10pm and wake up early in the morning. She said that she is grateful for every day with her family and urges everyone to practise a healthy lifestyle.

Remember guys, it’s important to get enough sleep even if you have a fit and toned body! 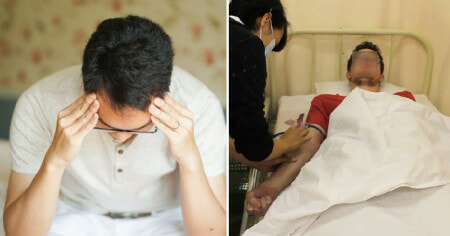