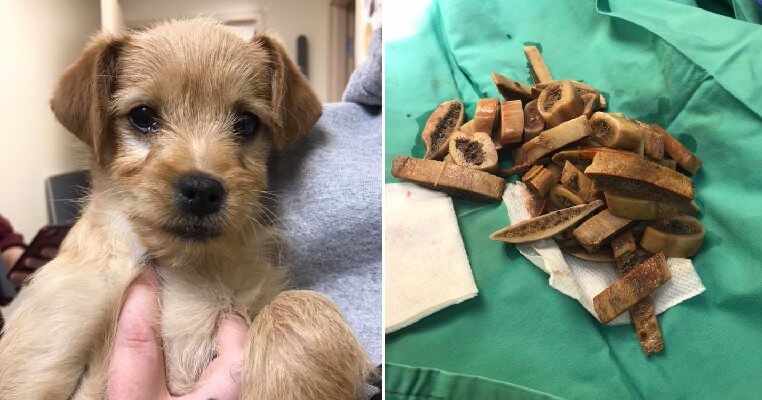 You may have heard this advice before but we’ll say it again, do not feed human food to your pets because it could be very bad for the health of your furkids!

Just recently, a little three-month-old puppy died after he ate almost 50 pieces of bones and couldn’t survive the ordeal. 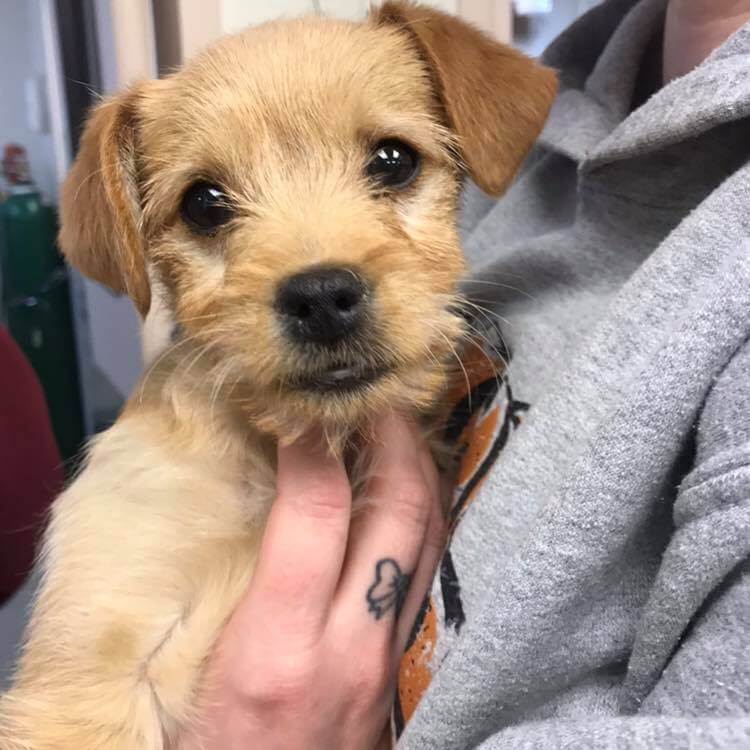 The incident happened in Sacramento, United States when the 2.7kg dog was brought over to the SPCA shelter there. The Sacramento SPCA had shared the story on their Facebook page on March 2, asking for donations to help cover the medical treatment the puppy required.

Apparently, the puppy’s owners had been worried about him after he began to feel sluggish so they had brought it to a private clinic for treatment, ABC10 reported. It isn’t clear whether they couldn’t or didn’t want to pay for the surgery but they surrendered the dog to the clinic and staff from the clinic took the sick puppy over to the SPCA. 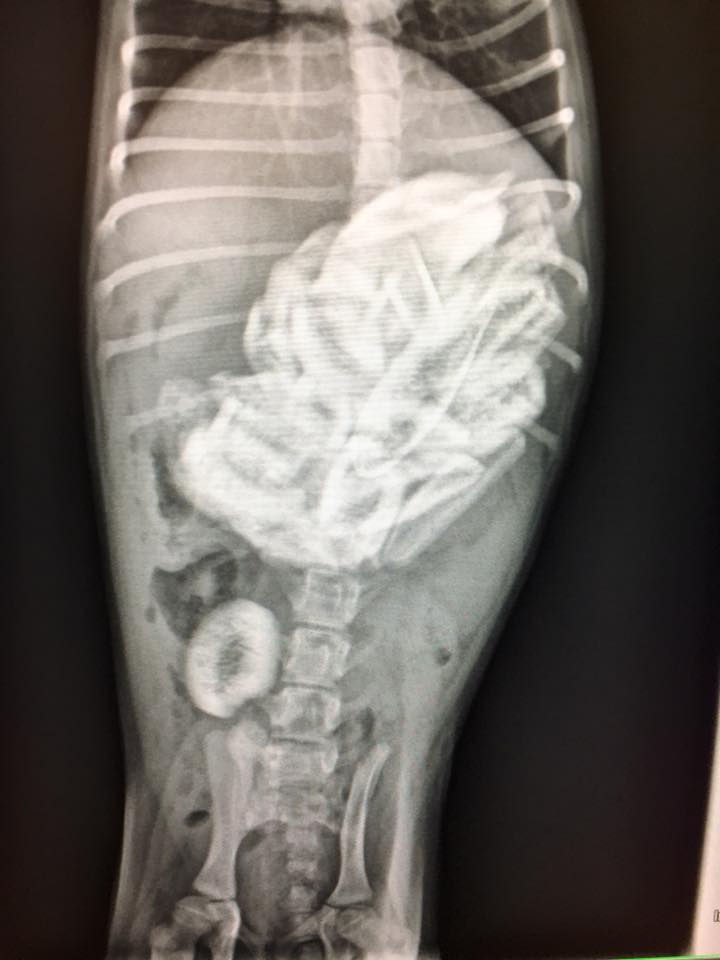 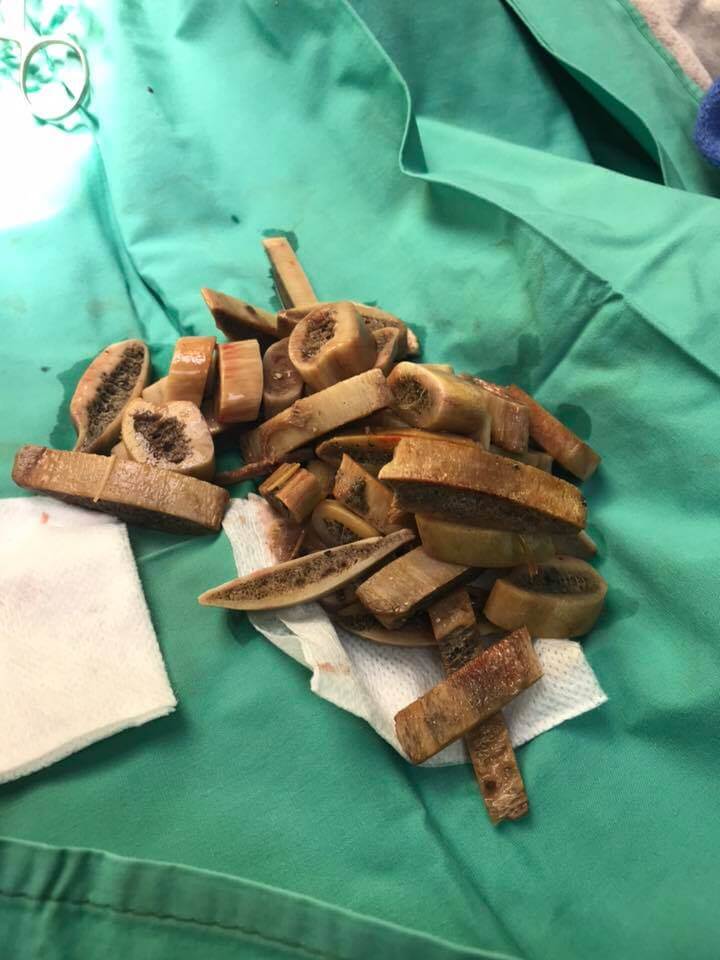 Further checks revealed that the dog had ingested dozens of bones and emergency surgery was performed on the pooch. To the shock of the doctors, they removed 46 short rib bones from the puppy’s stomach. Since the dog was still so small, they were puzzled over the number of bones he ate. They were also unsure whether the puppy was purposely fed the bones or if he had gone into the trash and eaten them.

At first, the puppy seemed to be getting better as he was in a foster home recovering from surgery and started to eat a little bit. The day after his surgery, the puppy, who was brought to the shelter with no name, looked like he was recovering but his condition quickly deteriorated. 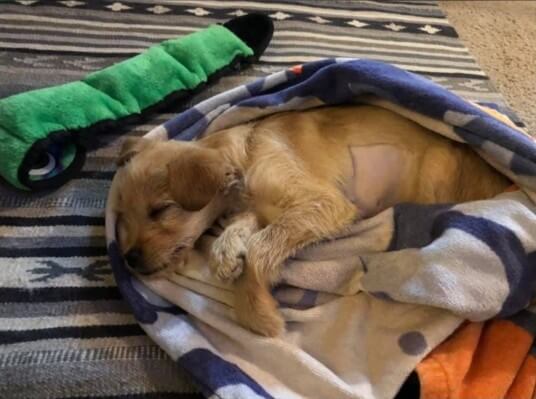 In a follow-up post, SPCA added an update on the puppy’s health and stated, “After having a really good day after surgery, he began to go downhill over the weekend. Our veterinary team provided him with additional treatment, but unfortunately, his little body could not quite catch up.”

Sadly, the little puppy died not long after that and as his death was also announced in the post. “There are times, despite everything we try, some stories do not have the happy ending we would like. Our little puppy who went through surgery to remove nearly 50 ribs from his stomach and intestines has passed away,” SPCA said. 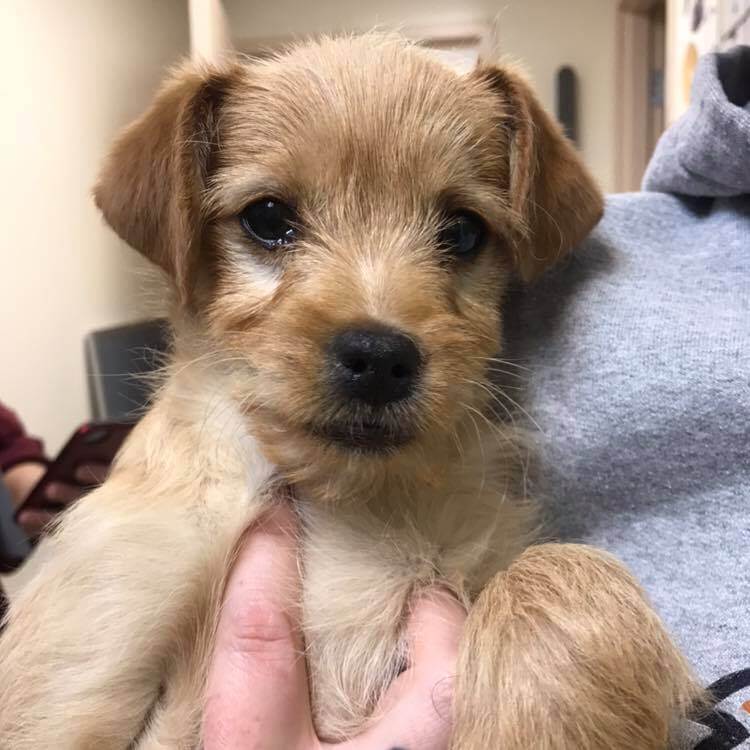 SPCA has warned everyone that they should not feed human food to animals, especially domesticated ones. They added, “Our thoughts go out to the medical team and his foster parent who gave him a second chance and lots of love. Thank you for your support and we will continue to try…because they are worth it.”

Remember guys, keep the human food away from your pets! RIP, little puppy. 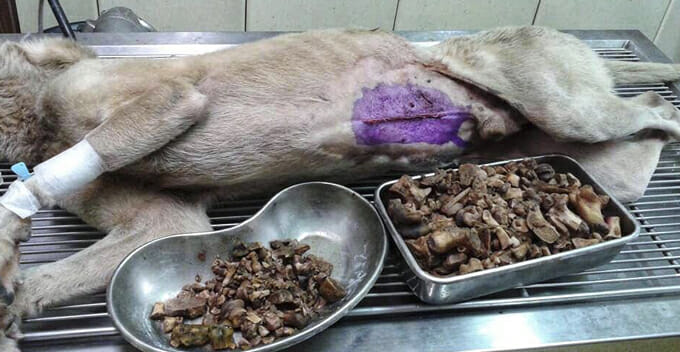