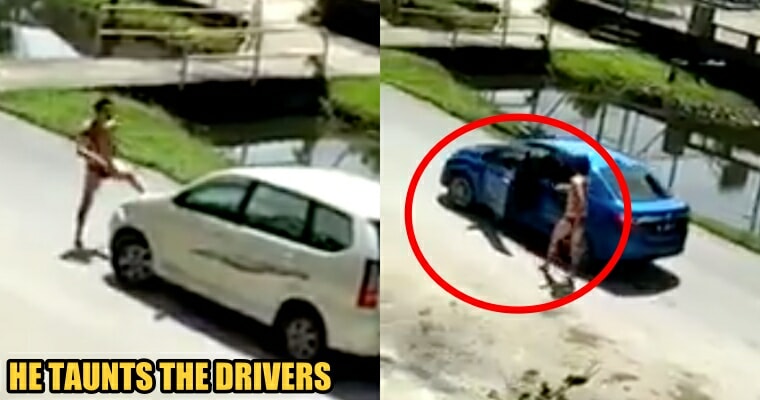 Strange things happen every day, but this particular incident leaves us still confused.

A 28-year-old man was witnessed to be roaming around the streets with only his underwear on. According to See Hua Daily, this ordeal happened yesterday noon (28 June) in Sibu, Sarawak.

He was wearing a pair of red underwear while he made a fuss in the middle of the road, taunting the drivers who drove by.

Some cars slowed down, some sped off, and some stopped as he approached closer, in fear of running over him. Because the street seemed pretty small, the cars were having a hard time avoiding this man. So, he took the chance to whack and yell at every car that was in his way!

He was seen to be yelling loudly, although we can’t be sure what he was yelling about.

He even made the pick-up truck in the video to back out of the road. We’re guessing that the drivers are kinda terrified because no one is sure if he’s mentally alright. 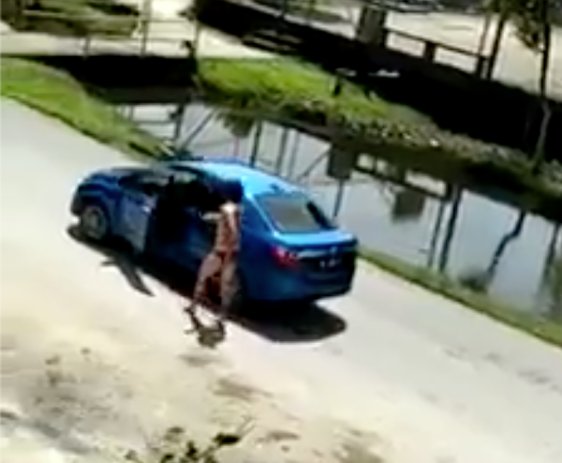 In this screenshot, he swung open the door of the blue car! OMG. Imagine how terrifying it was for the driver!

Upon receiving the report, the police rushed to the scene, attempting to arrest the man. However, by the time the police arrived at the scene, he had already fled home. So, the team went to his house, only to find him climbing onto the roof with a knife in his hand.

Other than placing the knife onto his neck attempting to threaten the police, he also hid in someone else’s house!

The police couldn’t approach any closer as he was emotionally unstable at that moment. A friend of his then rushed to the scene after he was notified, and supported the police in calming the guy down.

Luckily, the 28-year-old calmed down in the end, but he accidentally fell into a drain before he was arrested. He’s now currently being investigated by the police. 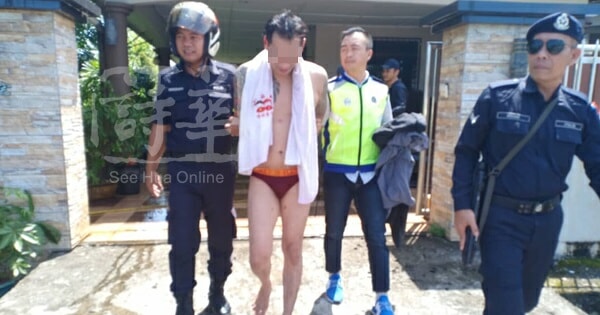 Although we’re not sure what happened to him, we hope he gets all the help he needs. Kudos to his friend who was willing to support the police, too!

Also read: “Help Me! There’s a Ghost in My Car!” Screams Man While Flailing Arms in Jalan Duta 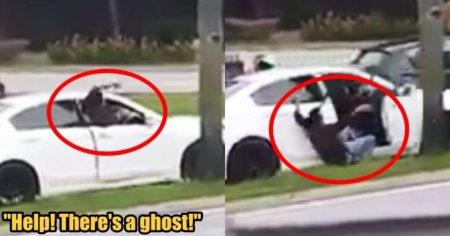