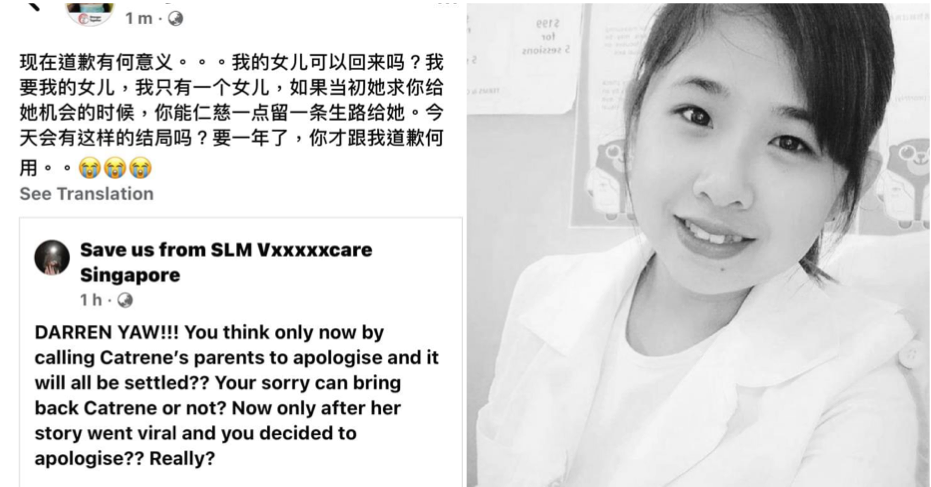 After allegedly being abused at her Singapore workplace, a 20-year-old Malaysian woman have allegedly committed suicide and at the moment, the family is trying to seek justice for their beloved daughter.

Catrene Khoo took her own life in December 2019. Her story came to light after it was shared on the “Save us from SLM Vxxxxxcare Singapore” Facebook page where it was revealed that she was allegedly getting verbally abused as well as pressured unnecessarily while working for the eye therapy company in Singapore.

Catrene’s mother, who has spoken to the media in regards to the case said that the daughter started working at the dreadful company as a therapist back in August 2019. As reported by Shin Min Daily News, she was allegedly suffering verbal abuse from her boss, Darren Yaw, who often call her “stupid”, “idiot”, and “brainless”.

Other than that, the boss also reduced Catrene’s weekend off days after she took medical leave. The mother believed that these two incidents push her to commit suicide. In another incident, Catrene applied for a no-pay leave to return to Malaysia for a funeral but she still received multiple calls on that occasion to force her to come back to work.

The last straw was when she applied for a 6-day leave for a wedding which was reduced to four days but right before she took the leave, she was fired. She was also requested to pay SGD1,000 to the company for allegedly breaching the contract. It is believed that because she can’t cope with the emotional stress, she allegedly committed suicide after returning to Malaysia.

The mother wanted to seek justice for her daughter but she had no money and passport as well as with the Covid-19 lockdown, there’s no way for her to get there. But the former employees of the company have helped her made a report with the Ministry of Manpower and she also made a police report against the boss here in Malaysia.

According to Shin Min, the boss denied any allegations and said Catrene was fired because she was not performing at work. He also said that it was weird that the case only came to light after one year and he believes that it has been fabricated by his competitors.

Although he denied the claims, the boss has apologised to Catrene’s family. The Ministry of Manpower is currently investigating the case.

Also read: It’s World Suicide Prevention Day, Here’s How You Can Offer Help To Someone Who Needs It 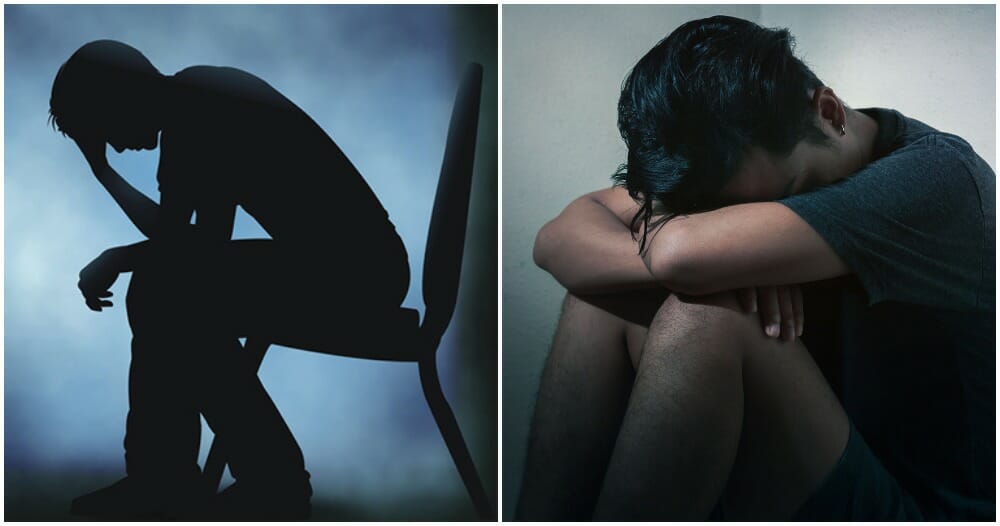