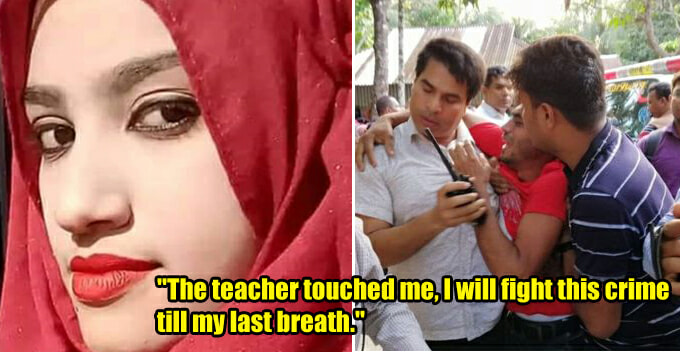 A 19-year-old student was recently set on fire at her school after she reported against her headmaster for sexual assault. She managed to record her statement before she took her last breath on an ambulance. This infuriating incident happened in Bangladesh on 6 April.

According to BBC, the victim named Nusrat Jahan Rafi was studying at a local Islamic school in a small town called Feni. On 27 March, she was called into the headmaster’s office where she was repeatedly touched at inappropriate areas. Fearing things could get worse, she stormed off the office to protect herself.

Instead of keeping quiet like many other sexual harassment victims, Nusrat chose to speak up and bravely exposed the headmaster. Together with her family, she went to lodge a police report but was shockingly filmed by the officer in charge while taking her statement. He assured her that everything would be fine when she was frantically covering her face. Not long after, the video was shared on social media. 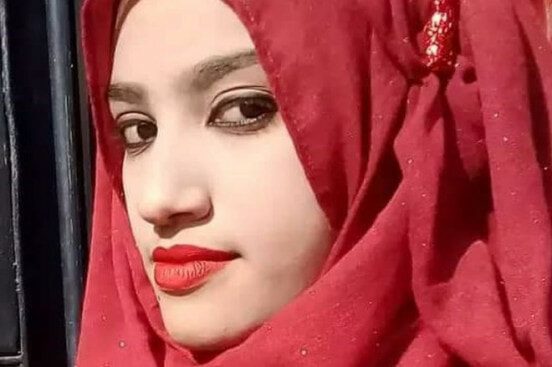 On the same day, the headmaster was arrested. Shockingly, a group of people staged a protest on the street to demand the suspect’s release. It was believed that the protest was organised by two male students and even the community began blaming Nusrat for what happened.

Then, 11 days later after the sexual harassment, Nusrat returned to school to sit for her final exam and she was accompanied by her brother who worried about her safety.

“I tried to take my sister to school and tried to enter the premises, but I was stopped and wasn’t allowed to enter,” the brother said.

Later, Nusrat was lured to the rooftop by a female student where five students were already waiting there for her. They forced her to withdraw the case against the headmaster and when she refused to comply, they poured petrol over her and set her on fire. 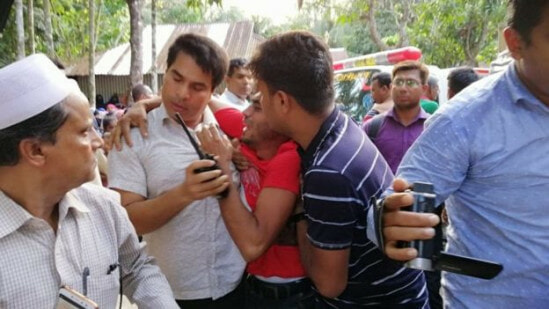 Local police confirmed the incident and said the attackers were trying to make it look like suicide. “One of the killers was holding her head down with his hands, so kerosene wasn’t poured there and that’s why her head wasn’t burned,” Bureau of Investigation chief, Banaj Kumar said.

Nusrat was rescued and rushed to the hospital. Once inside the ambulance, she recorded a statement on her brother’s phone as she didn’t think she would make it. Here’s what she said.

“The teacher touched me, I will fight this crime till my last breath.”

She also revealed some of the attackers’ identity who are the students at the school. When she was taken to the hospital, 80 per cent of her body was burned and she was subsequently transferred to Dhaka Medical College Hospital due to the severity of her condition.

After battling in the hospital for a few days, Nusrat died on 10 April and her fate received major coverage from mainstream media. Thousands of people showed up for her funeral to show their anger towards the authorities and the government for not taking this case seriously. 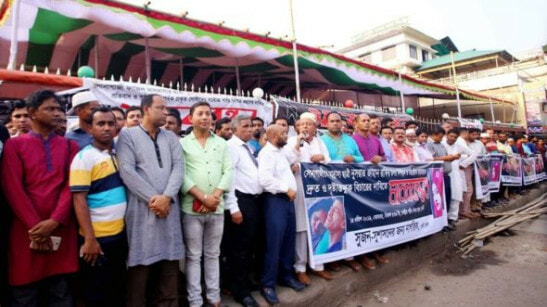 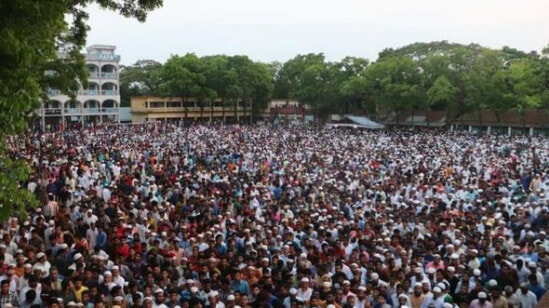 Following the uproar, Bangladeshi Prime Minister Sheikh Hasina has met with the victim’s family and assured them that the culprits will be brought to justice. At the time of writing, the police have arrested 15 people, including two students who organised the earlier rally while the cop who spread the video has been transferred to another department. The headmaster is still in custody pending investigation.

Our prayers go out to Nusrat’s family and hopefully, the real culprits will be apprehended and the case won’t be classified as unsolved. 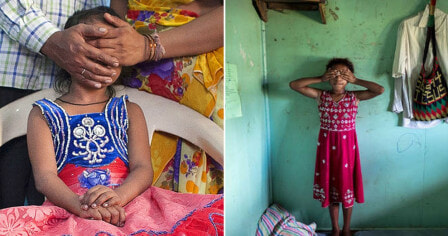