She’s still so young. Thankfully the authorities managed to bust the organisation and rescued her from these predators.

Police have recently busted an illegal prostitution centre in downtown Puchong, Selangor for trafficking 20 Vietnamese girls, including one under-aged 17-year-old. 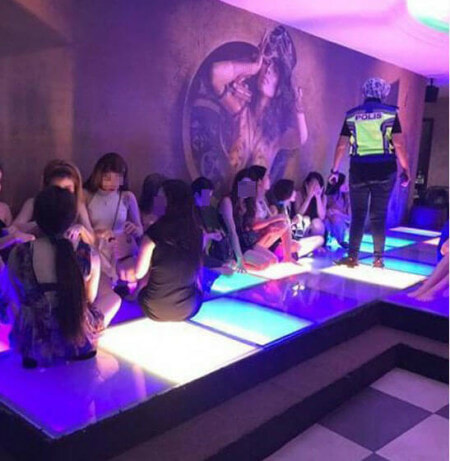 According to Guanghua Daily, four Chinese traders and watchers aged between the range of 31 to 58 years old had been running the underground prostitution center for six years now!

When the police raided the premise, they found rooms that had showers attached to them and a hall with several compartments. Apparently, the hub was not only a place where the girls performed for guests, they reportedly lived in these compartments as well! 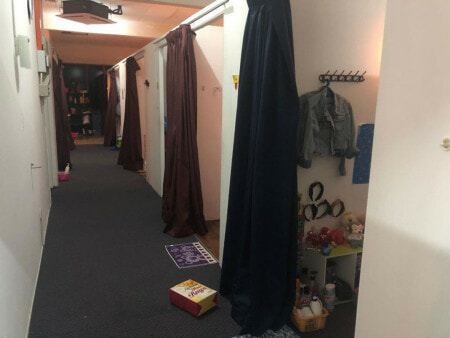 The first floor is for customers to choose their “goldfish”, who are presented to them on stage. Every lady is given a number but they can’t see who their customers are because they’re forced to line up in a row for display behind a one-way reflective glass.

They wouldn’t know how their customers looked like and men could choose any “goldfish” they wanted.

Once the customer selects his pick from the pool of assigned numbers, the prostitutes take their customers to a small room before heading to the second floor to have sex. 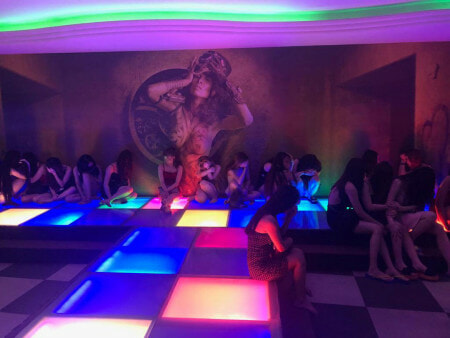 The center does not own a legal business license and allegedly bought these girls through trafficking to engage in illegal prostitution. Each customer has to pay RM160 each to be “entertained.”

The reason why the center could remain hidden from authorities for so long was because they had CCTV cameras installed outside the store to ensure their cover wasn’t blown. 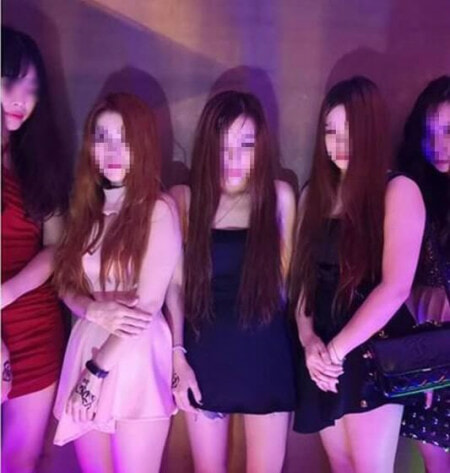 The police detained nine customers, the Vietnamese girls and the operators, who were taken to the Shadden Police Headquarters for questioning and investigation but two customers were subsequently released.

They also confiscated all items such as condoms, massage essential oils, lubrication liquids, towels, phones, CCTVs and RM1,567 in cash.

Kudos to the authorities for sniffing this one out! 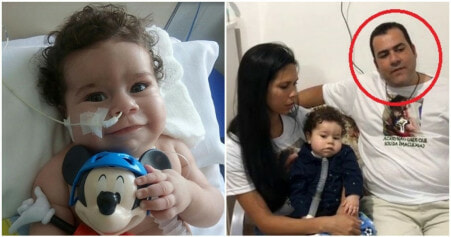