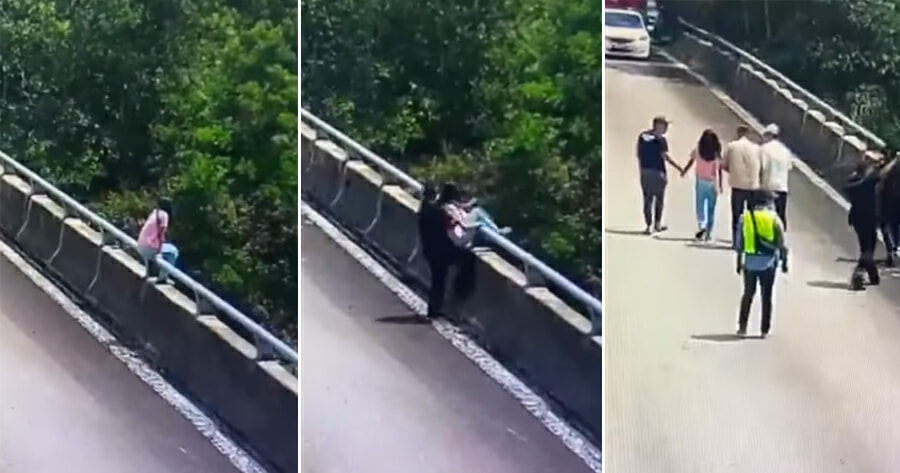 A 16-year-old girl tried to jump off a bridge on the Kuala Lumpur-Karak Highway near the Berjaya Hills Bukit Tinggi exit yesterday (16 March), claiming she was depressed after being reprimanded by her father.

According to Harian Metro, the police and fire department managed to rescue the girl, who was later sent to the hospital for further treatement.

Bentong District Police Chief, Superintendent Zaiham Mohd Kahar said that they received an emergency call at 2.12pm, after which a police team from the Bukit Tinggi Police Station rushed to the location.

He said when the team had arrived at the location, the girl was sitting at the edge of the bridge. The police tried to persuade her to calm down while firefighters were called to help place nets under the bridge.

As the police were trying to persuade the girl, Bukit Tinggi Police Station Chief Sergeant Major Maznan Omar managed to come close to the victim from the back and pulled her down from the bridge.

Zaiham said the the girl was allegedly depressed after being reprimanded by her father for playing video games too often on her mobile phone. Her father had also confiscated her phone.

He added that the girl informed them she was suffering from depression and was receiving treatment.

Meanwhile, the case is being investigated under Section 309 of the Penal Code. 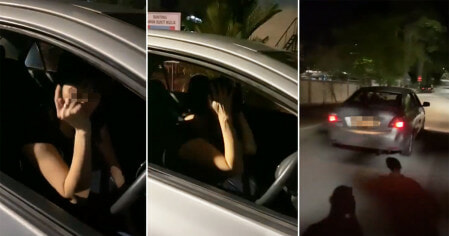