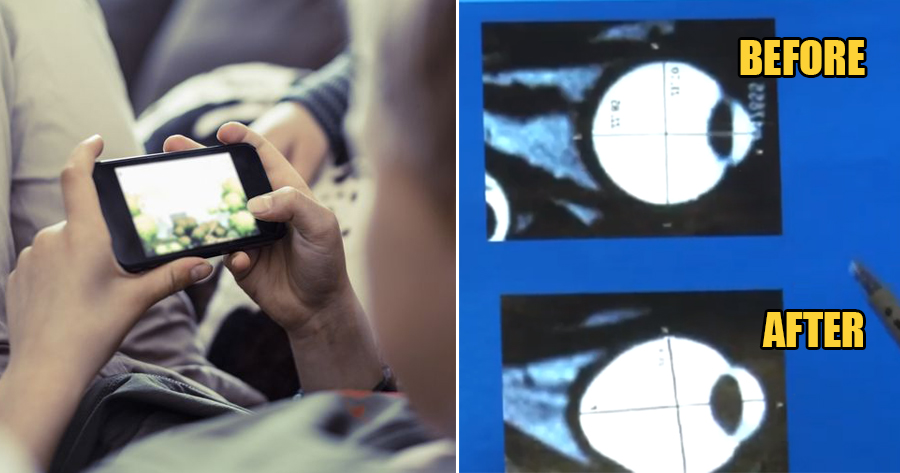 A 15-year-old boy’s vision became extremely bad because he was addicted to playing with mobile games on his phone. The boy, who already has congenital myopia – an eye condition present from birth – also refused to wear prescription glasses and ended up with an eye myopia of 2,400 degrees!

According to Oriental Daily, the boy from China was born with nearsightedness. His parents are farmers who have no time to take care of him and no time to make sure that he wears glasses. 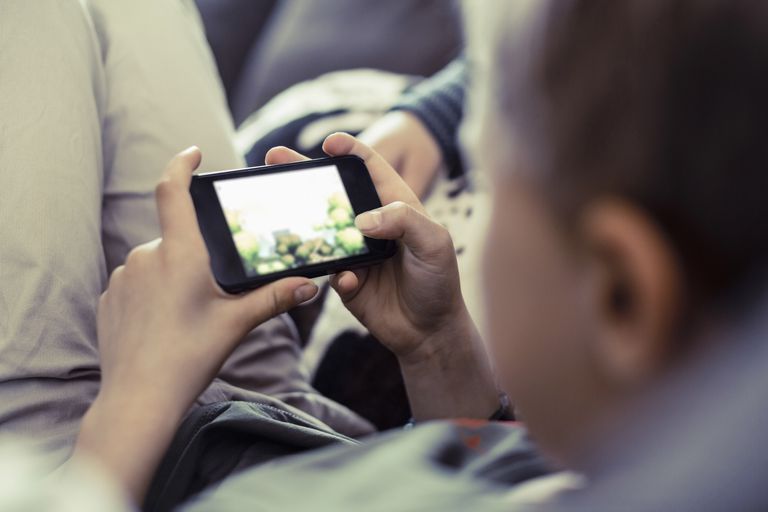 As a result, his eye condition worsened every year until his right eye myopia reached 2,400 degrees while his left eye reached 2,300 degrees! A normal eye myopia is about 60 degrees.

Even if the fonts were big, the boy would only be able to read words that were placed 15cm away from his face. Plus, he couldn’t see very clearly at night.

Only when the boy’s parents realised that his eyesight was so bad did they take him to the hospital for a check up. The results showed that the boy’s eye structure was severely deformed! 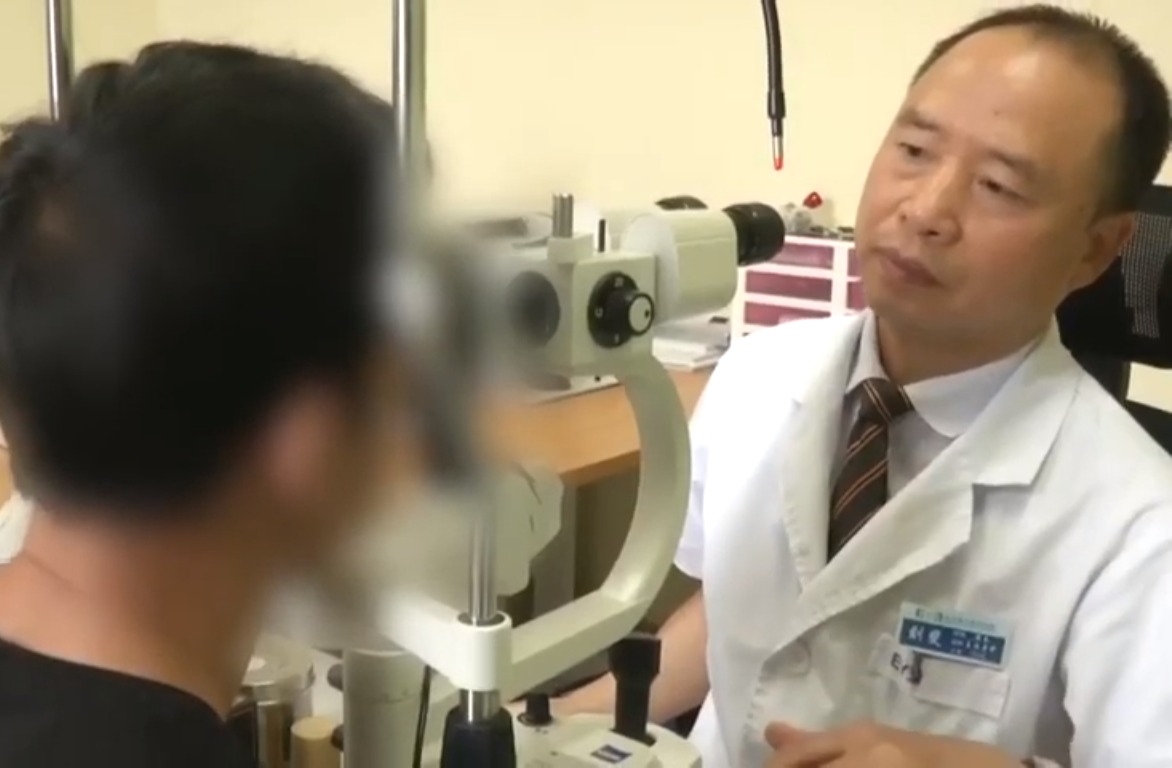 The doctor said that the normal length of an average person’s eyeball measures about 24mm, and for every 1mm increase, the myopia increases by 250 to 300 degrees, but the boy’s eyeball length had reached 31.5mm! 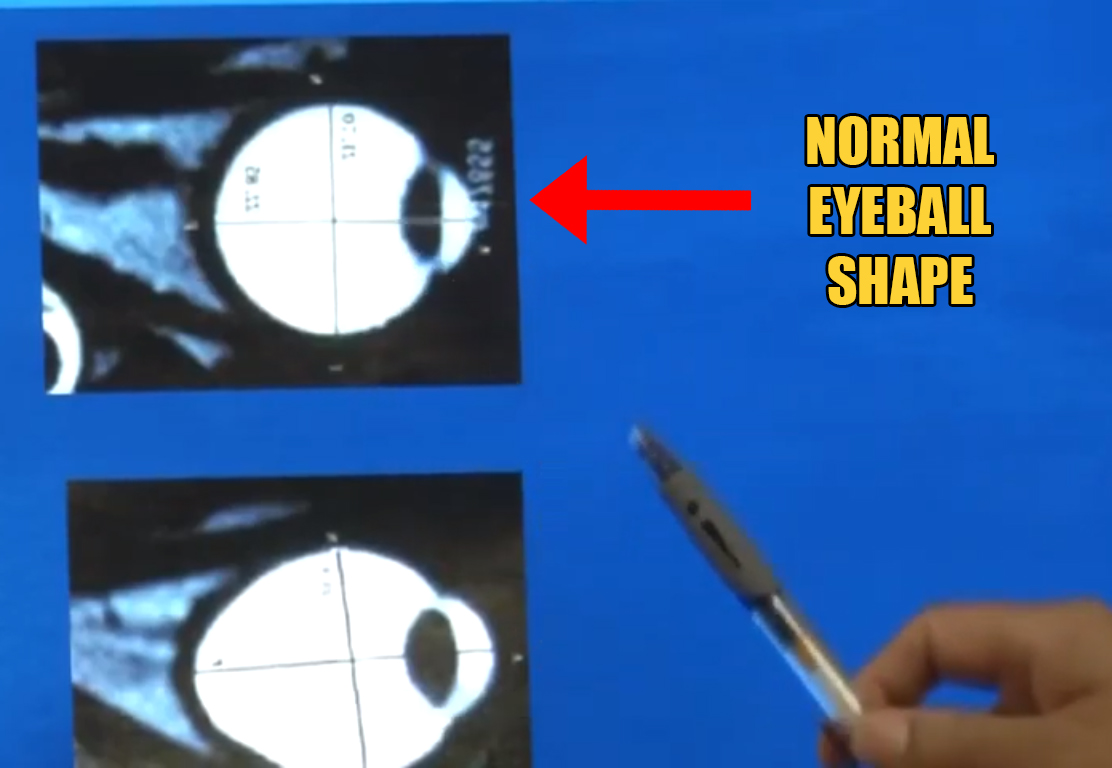 After the examination, the doctors decided to perform a surgery on the boy to install a kind of lens at the back of his eye to prevent his eye condition from worsening. Only when he is an adult will they then be able to perform an eye correction surgery.

Your eyeballs are extremely fragile, so please take care of them by getting them treated if you have an eye condition. Wear your glasses if you have a pre-existing condition and cut down on those mobile games!

Also read: 29yo Woman Who Played Mobile Games in the Dark Every Night Diagnosed With Glaucoma 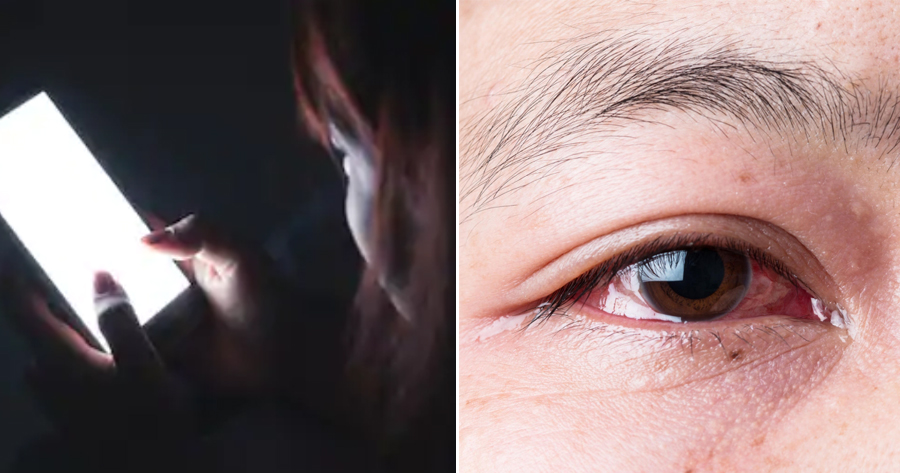