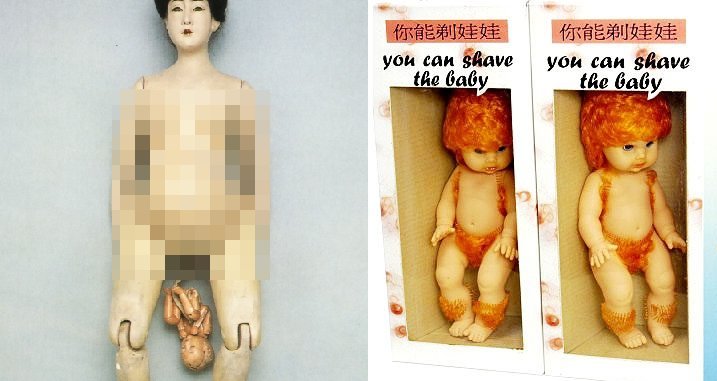 Japan is probably the quirkiest nation in the whole world and they’re pretty proud of it. They’re not ashamed to admit that a little bit of perversion here and there is considered one of their sub-cultures.

I mean, Japan is the no. 1 Asian country when it comes to pornographic content distribution anyways.

Well, all in all, it is safe to say that Japan is weird AF so here are a bunch of bizarre toys to prove it. 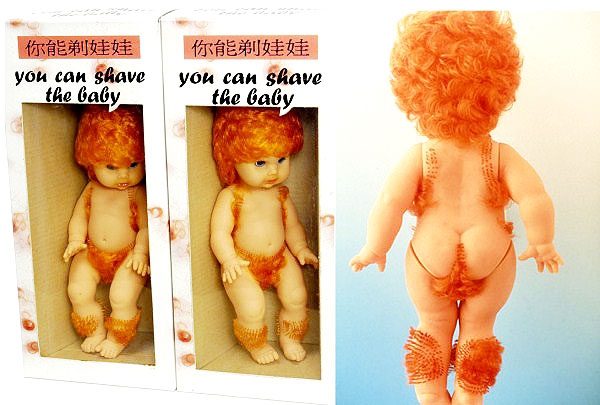 In many cultures, shaving a baby’s head is quite a common practice but who in their right mind would actually want to shave baby dolls? In fact, the weirdest part is the fact that the doll has hair growth in places it’s not supposed to have (yet) like the underarms and pubic area. x__x 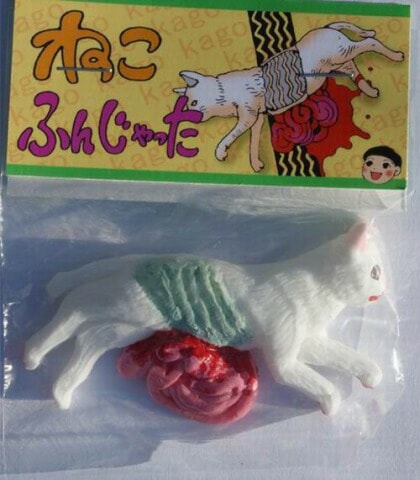 As if seeing our pets dead isn’t bad enough, this freaky doll has got the cat’s bloody intestines bulging out of its belly. Even the picture on the packaging is far too gory for children.

We’re not sure if there are any other options of animals but we sure hope there aren’t. Poor animals 🙁 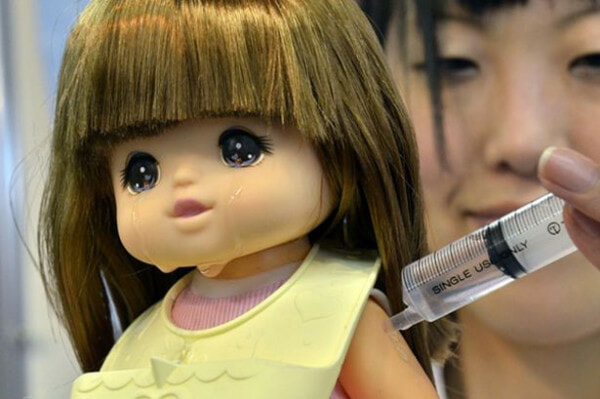 Growing up with Chucky movies has definitely instilled a fear towards dolls in most people. Now, after the horrifying Annabelle movies, dolls are absolutely anxiety-inducing for most of us.

So, a doll that’s able to tear up is definitely too freaky for anyone who doesn’t like dolls. What if they start crying blood?! Eek! 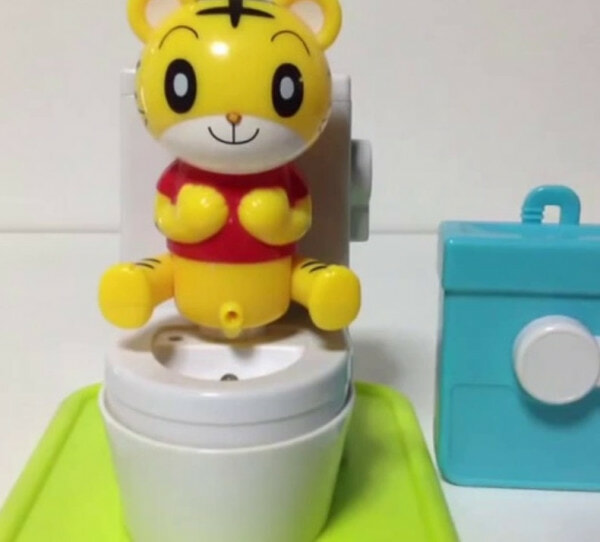 There are methods for parents to potty train children but in Japan, interactive dolls which poop and pee are the way to go. The dolls are usually of some cute character or animal sitting on a toilet bowl.

When the figurines are placed on the toilet bowls, they would pee or let out excrement. Some even play adorable rhymes and music to ‘teach’ the kids what’s happening.

The miracle of childbirth is quite amazing even though it is such a normal thing; but is it really necessary for anyone to make a doll out of it?

Worst of all, the baby can actually be replaced from a tiny little embryo up until a full-grown fetus. Then, the baby can even be ‘pushed out’ of the mother’s vajayjay.

Some can argue that it’s educational while others would definitely agree that this is just plain weird.

Mechanical piggy banks are pretty normal items but what makes this ‘face bank’ particularly eccentric is how creepy it looks when it ‘swallows’ your money. Plus, the facial expressions also somewhat resemble a monkey’s face, making it feel all the more realistic. 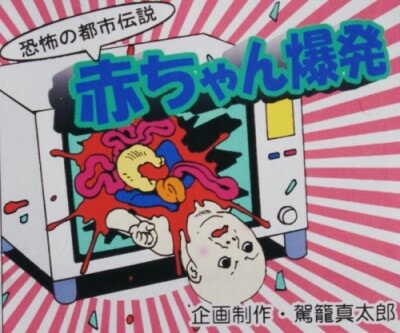 WHY? Like, what is the reason for putting an infant into a microwave oven in the first place?! T___T 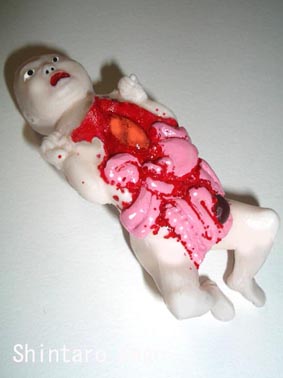 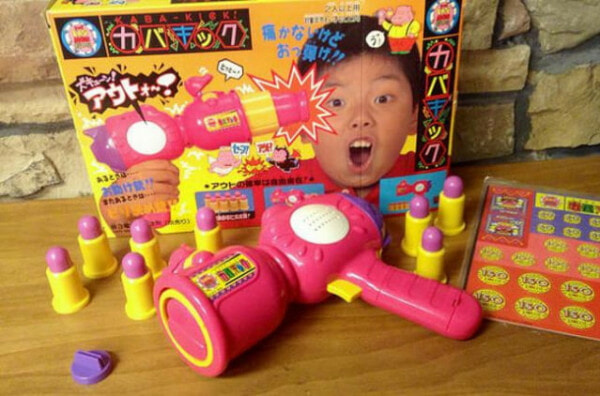 This toy mimics the Russian Roulette in a less murderous way. There are no bullets involved but it sure seems like a pretty deadly game to play.

This cat is so creepily realistic that it even purrs and moves like a real-life feline. The only thing that makes this cat worth getting is the fact that they don’t excrete.

However, it still doesn’t omit the fact that the cat’s appearance is far too realistic, which gives off an eerie feeling if you ask me. 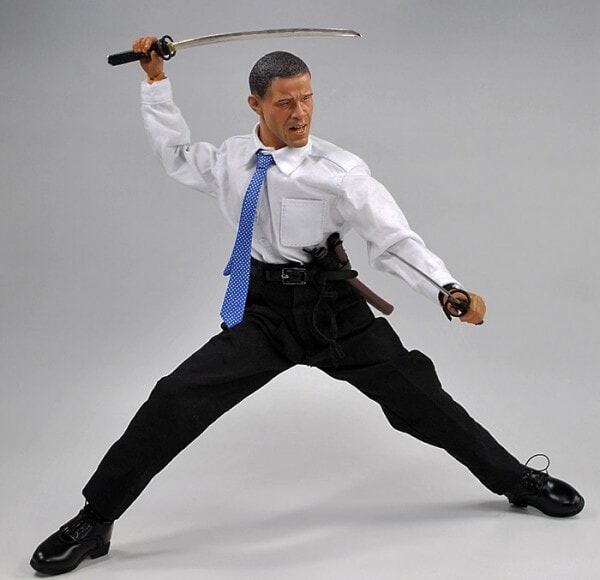 America didn’t come up with this Barack Obama figurine, but for some odd reason, Japan did. The figurine is dressed up in a suit and can even wield a katana!

The figurine’s head and hands can also be removed and changed with that of different expressions and symbols. Plus, the figurine set comes with a big United States of America flag. #Murrica 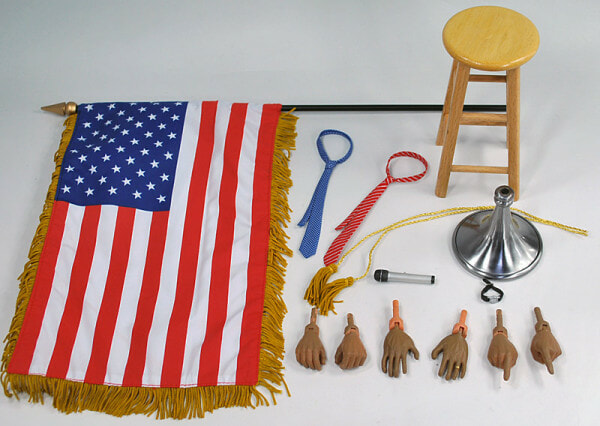 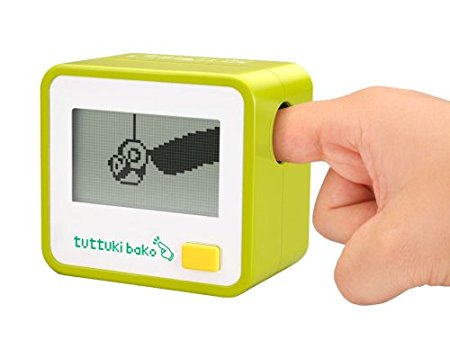 Do you enjoy poking things? Then this digital interactive box is the right tool for you.

This little toy is very similar to the tamagotchi, where we can take care of little virtual pets but the difference here is how we can literally use our fingers to poke them. Quite nifty actually!

As if those elaborate USB pendrives aren’t extra enough, Japan just had to come up with this dog-humping USB. When the pendrive is inserted into a port, the dog will start moving in a way that looks exactly like a dog humping a leg. Idk about you, but I kinda want one…

What is the most hazardous toy you could get? Well, probably this water bottle thingamajiggy. They are basically miniature animals that float in your water bottle. However, they seem rather useless.

It’s as if to show off that you have a water animal pet right inside your water bottle. Just don’t choke on it k! 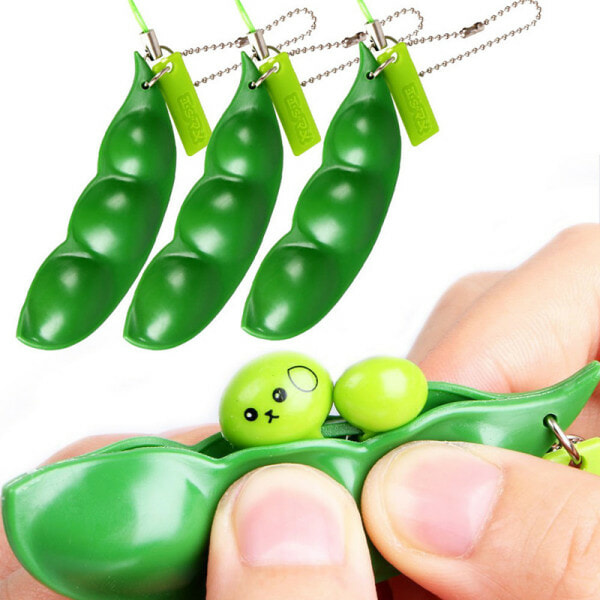 Move aside fidget spinners and fidget cubes, because the new fidget toy is the edamame!

This cute little keychain contains three beans that can be popped out of the pod. Don’t worry about losing those beans though because they are connected via an elastic string. Phew!

The cutest part about this toy is how each one of those beans has got a different facial expression and you can even exchange them with 12 other adorable expressions!

So, how many of these truly made you go, WTF JAPAN?! Because to me, they are all pretty damn weird.

Also read: 11 Things Malaysians Always Do When They Visit IKEA 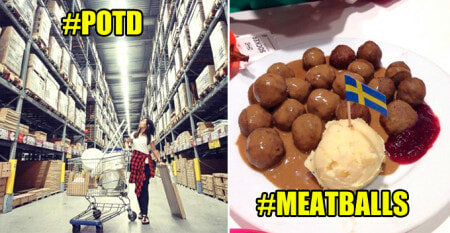