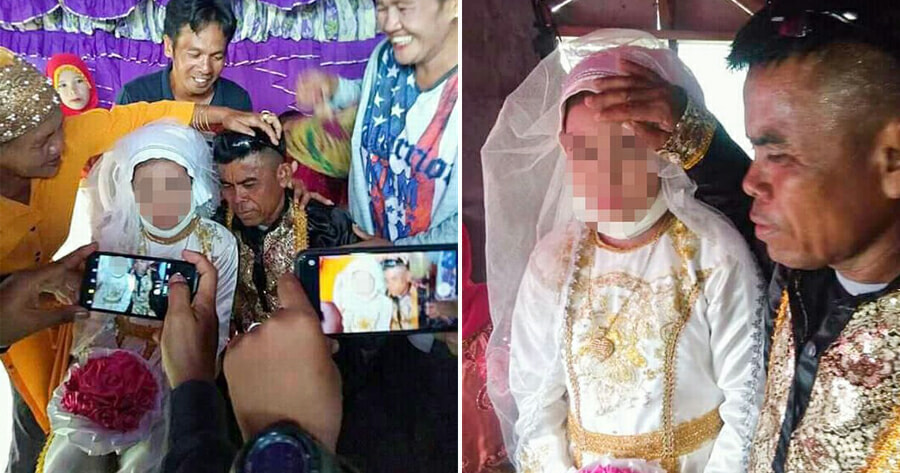 A 13-year-old girl has been forced to marry a 48-year-old man in the Philippines and will have to take care of her husband’s children from previous marriages, most of whom are the same age as her.

According to Harian Metro, the teenager was forced to marry farmer Abdukrzak Ampatuan, in a town in Mamasapano, Maguindanao. Photos show the wedding ceremony that took place on 22 October which has since gone viral. 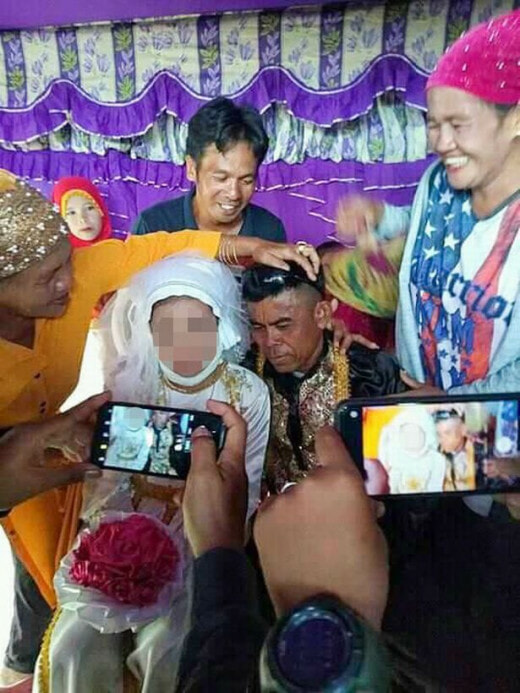 Reportedly, the girl is said to be the fifth wife of the farmer in an Islamic wedding ceremony. Abdulrzak said he does not regret marrying a teenager who is his son’s age, and plans to have a child with his new wife when she is 20 years old.

“I am very happy to meet her and to be able to spend the rest of my life with her,” he said.

“She will take care of my son.”

He added that while they were not ready to have children, he would send his wife to complete her studies. 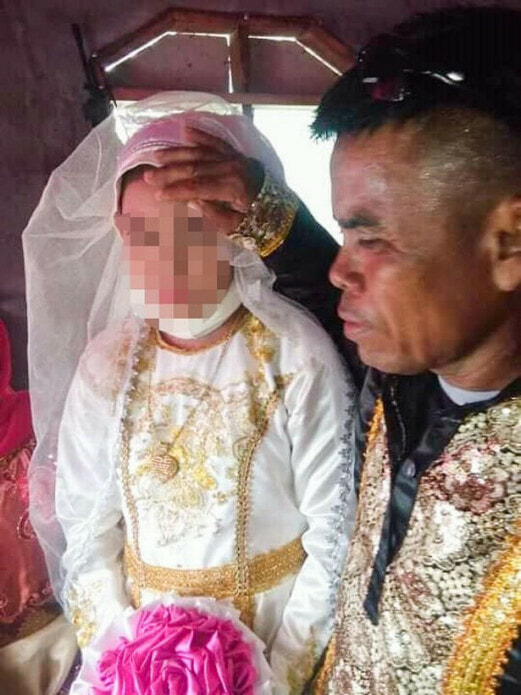 Marriages like this are allowed in certain places in the Philippines, especially in the Muslim-majority province of Mindanao, as long as the minors have reached puberty.

Data from United Nations Children’s Fund (UNICEF) shows the country has the 12th highest number of child brides in the world at 726,000. Fifteen per cent of girls are married before their 18th birthday and two per cent are married before they turn 15. Girls are even more vulnerable because the Philippines is the only country in the world where divorce remains illegal. 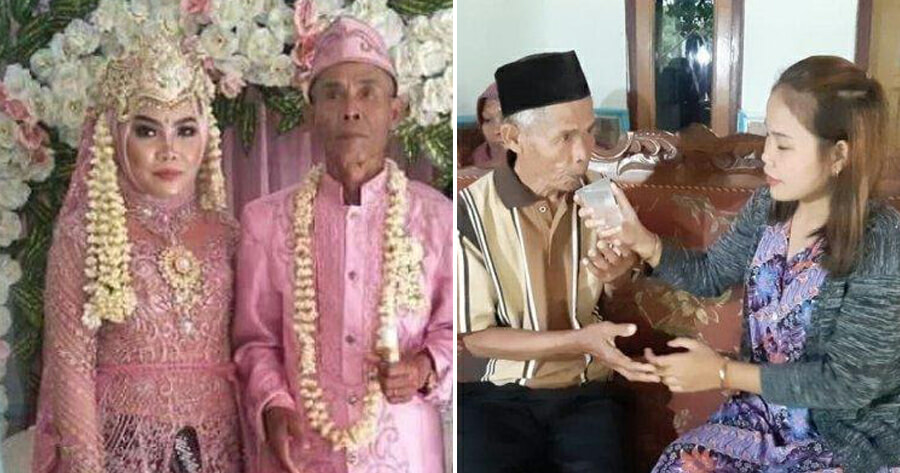