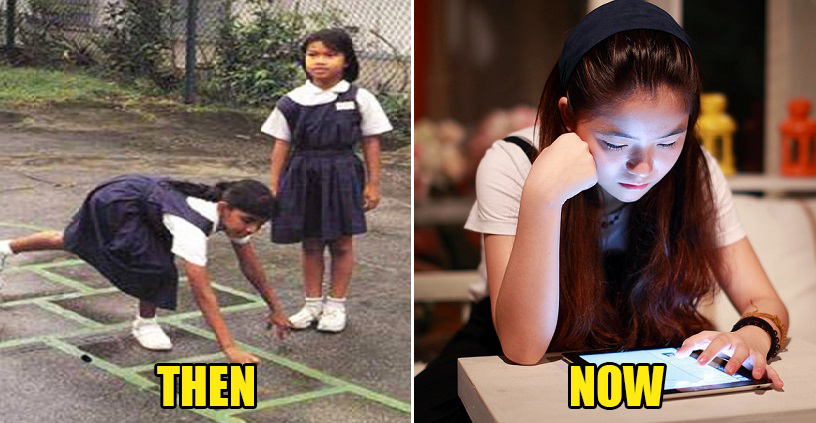 Remember how there was a time when humans actually roamed the Earth without the existence of smartphones? We know it’s hard for some of you to imagine since some people can barely remember a time like that. After all, we’re practically glued to our smartphones 24/7 these days!

Just to give everyone an idea of what life was like back then, we decided to point out a number of differences kids used to do before the age of smartphones versus what the kids of today do! Let’s dive into the past, shall we? Time to get nostalgic!

1. Running around like crazy instead of sitting and playing on a phone 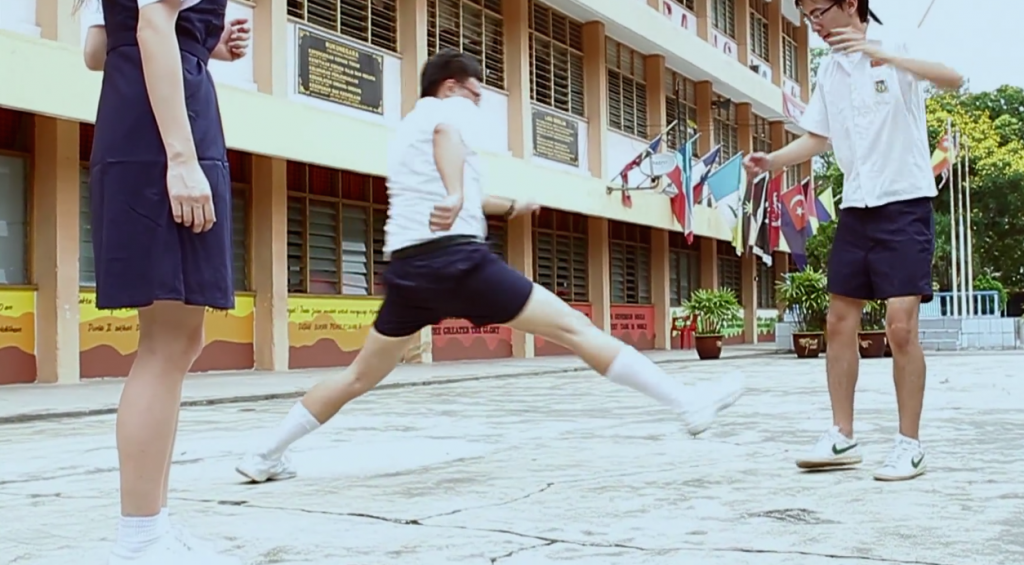 Remember when we used to have such vivid imaginations? We’d always run around and play with our toys, like masak-masak, toy cars, ‘pepsi cola’ and more!

After the rise of smartphones, things became a lot different for kids. Sure, they do still play with toys but they also have so many games to play on their tablets and videos to watch on YouTube now! 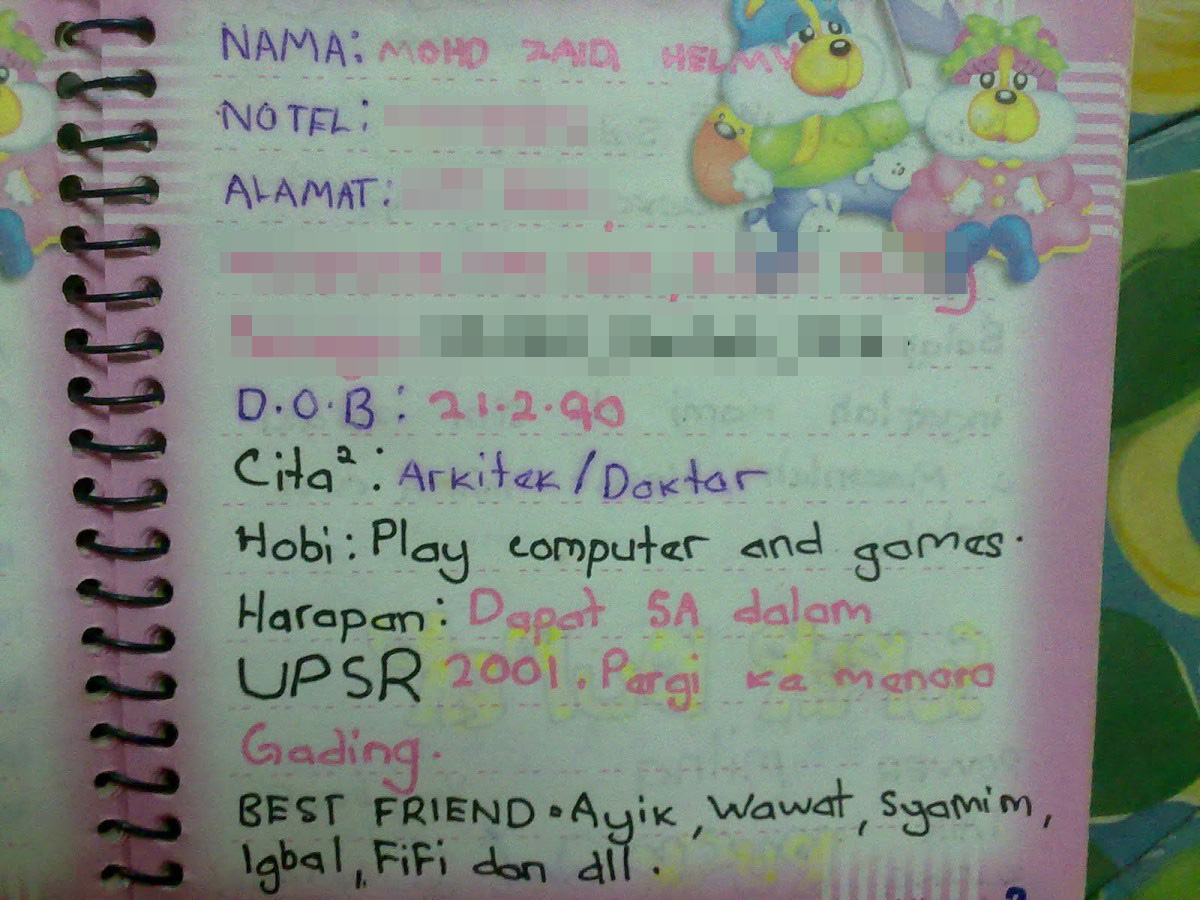 Remember those buku biodata everyone used to pass around in class during the end of the school year?

They were always so fun to fill in and some kids really channelled their creativity into those books! Nowadays, biodata books are sadly a lost art form, with many kids choosing to just exchange phone numbers or write on each other’s Facebook walls.

3. Giving out ‘business cards’ instead of social media accounts 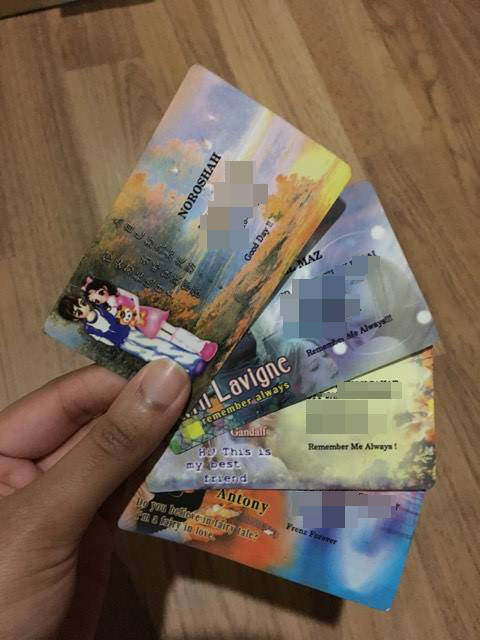 For some reason, almost every kid in primary school used to order these cards from that one classmate.

Once we got our cards, everyone would immediately exchange them with friends and admire each other’s card designs. ‘Business cards’ served absolutely no purpose as kids, but they were fun to pass around! And feel #likeaboss

4. Having to use these giant things in computer class instead of USB drives 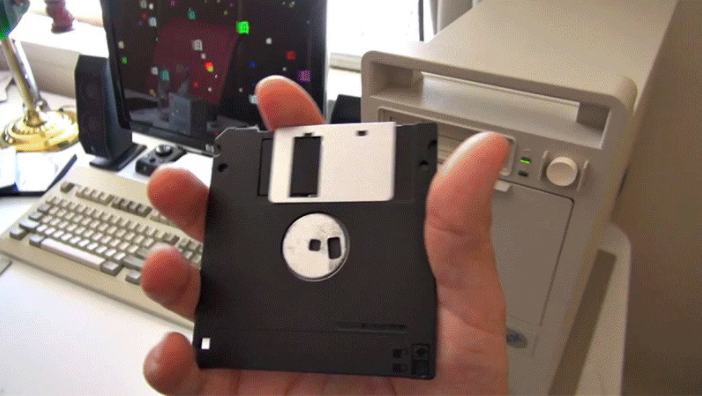 We wonder if kids these days even know what floppy disks are?! At least they are lucky to have the compacted yet HUGE memory that USB drives have.

5. Waiting for the next issue of Galaxie Magazine instead of using Shazam 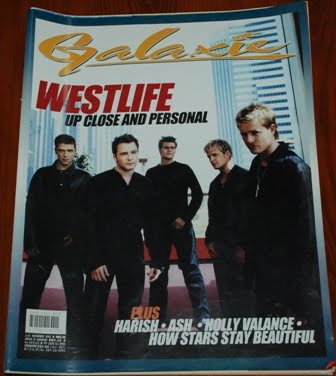 Before the existence of smartphone apps like Shazam, almost everyone bought Galaxie Magazine to find out the names of songs and lyrics they heard on the radio. This was THE magazine for posters and even downloading ringtones!

Who could forget this infamous layout? Friendster was THE social media platform every Malaysian kid was addicted to back before the age of the smartphone.

This was when comments were called ‘testimonials’ and you could even see who was stalking your profile. Let’s not forget how we’d spend countless hours customising our profiles with themes and background midi music!

7. Worrying about who was calling the house phone instead of checking the caller ID

In the good old days when people still used to call the house phone, it would always be a mystery as to who was on the other end of the line.

Plus, whenever you realise it was a call meant for your parents, you’d immediately be like…

Now, kids don’t know the awkwardness of taking your parents’ calls (and sometimes even pretending they’re not at home to answer the phone).

8. Messing around on MS Paint instead of sophisticated drawing apps

Remember those times in school when we used to be so excited to go to computer class? The first thing we’d do was open MS Paint and create absolute masterpieces.

Now, we guess the novelty of MS Paint has worn off among kids since there are so many apps like this available to them. Don’t worry, MS Paint, you’re still number one in our hearts!

9. Playing these iconic card games in class instead of online games 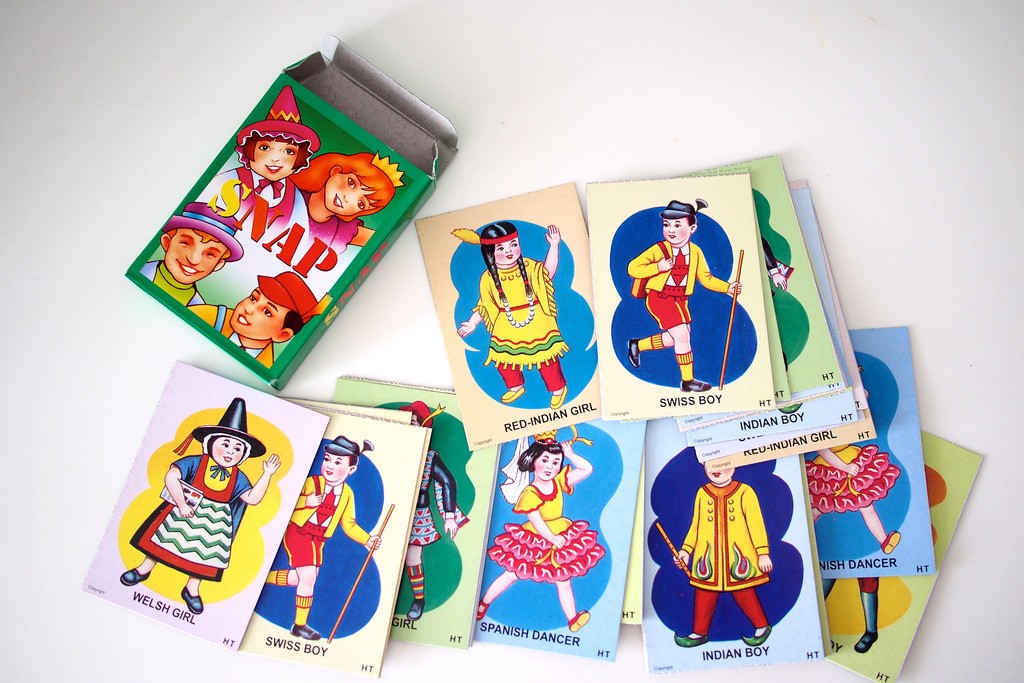 Let’s be honest, who hasn’t played these games in class back then? Uno, Snap, Family, Donkey, Old Maid and more!

These card games were an essential part of our childhood before smartphones came around and they entertained us for hours on end!

10. Taking real (and ugly) photos vs ones with beautiful in-built beautifying features/filters

We practically didn’t know what selfies even are.

At least kids nowadays get to look good in their photos with all the fun filters (that hide practically half your face). But as long as you look good right!

11. Passing notes around when you wanted to gossip, not text 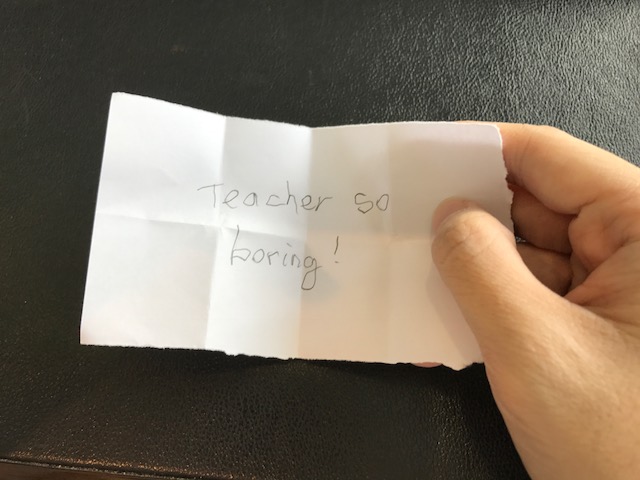 Whenever someone has some scandalous breaking news to share, they usually passed it around the class through a physical note – who can resist opening it?!

And once the note starts spreading around the class, everyone would just be like:

12. Fighting over the remote instead of streaming shows on your laptop

Before the internet became more prominent, the only place we could watch our favourite shows was on television. And if you had a sibling who didn’t like the same shows as you did, you knew the endless battles you’d get in with them over the remote.

Kids these days have so many platforms to watch their favourite shows, they’ll never understand the struggle!

13. Crying over break-up letters instead of break-up texts 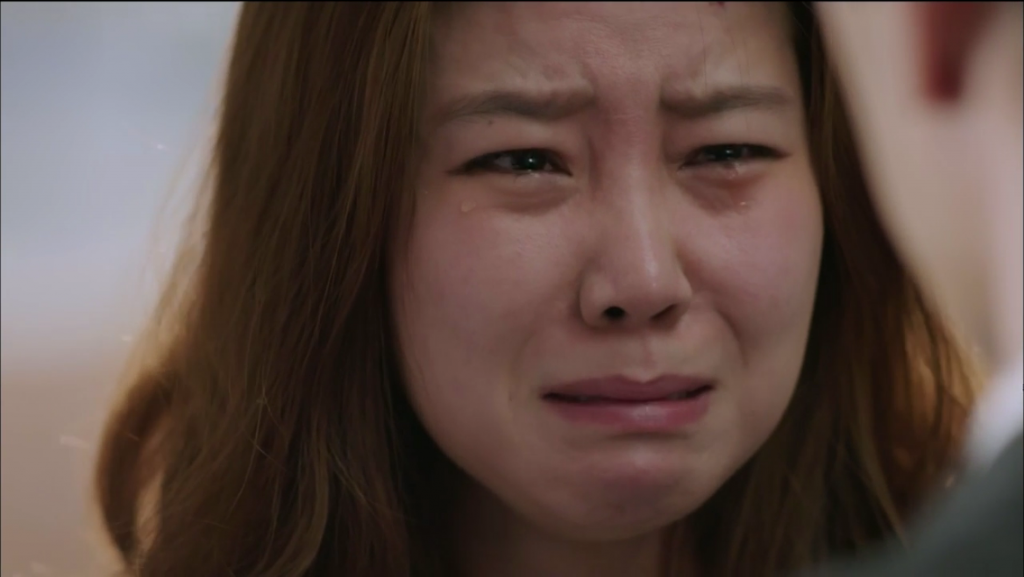 But, back then, breaking up was way more dramatic because many of us used to take the time to actually write out break-up letters!

It felt like a huge stab in the heart whenever we received one of those letters.

These days, breaking up feels so impersonal because kids just do it through text messages or a brief phone call. But, we suppose it’s alright since it doesn’t feel as bad as getting a handwritten letter! At least we could scrunch it up or burn it – that’s something most of us won’t do to our smartphones!

Now, you can relive the past by writing breakup letters through Mudah.my’s GoodBye, Good Buy site!

We know parting ways with your belongings is not easy but at least Mudah.my is here to make it, well, mudah!

More then ever, it’s easier to say goodbye to belongings that you no longer use and know they are going to a good new home, thanks to Mudah’s GoodBye Good Buy site.

Plus, if you want to stand a chance to win these GoodBye Good Buy robots and some cool Mudah merchandise, here are the deets! 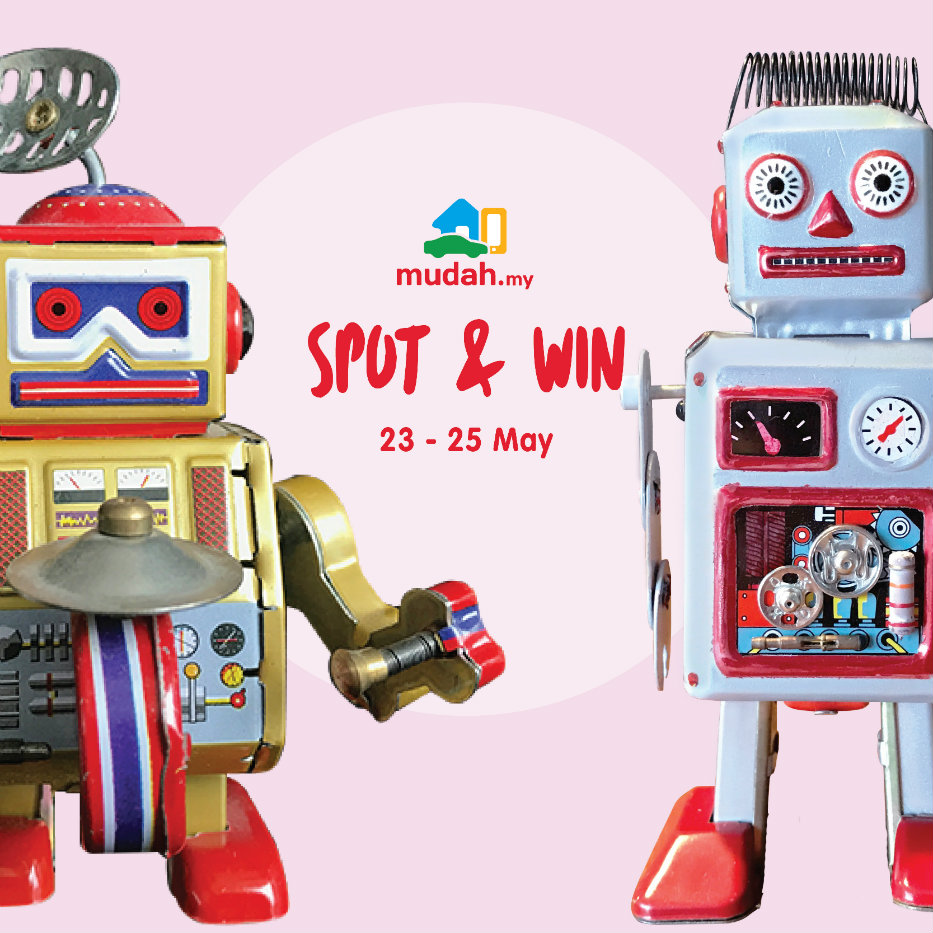 Easy right? For more info, check it out here!