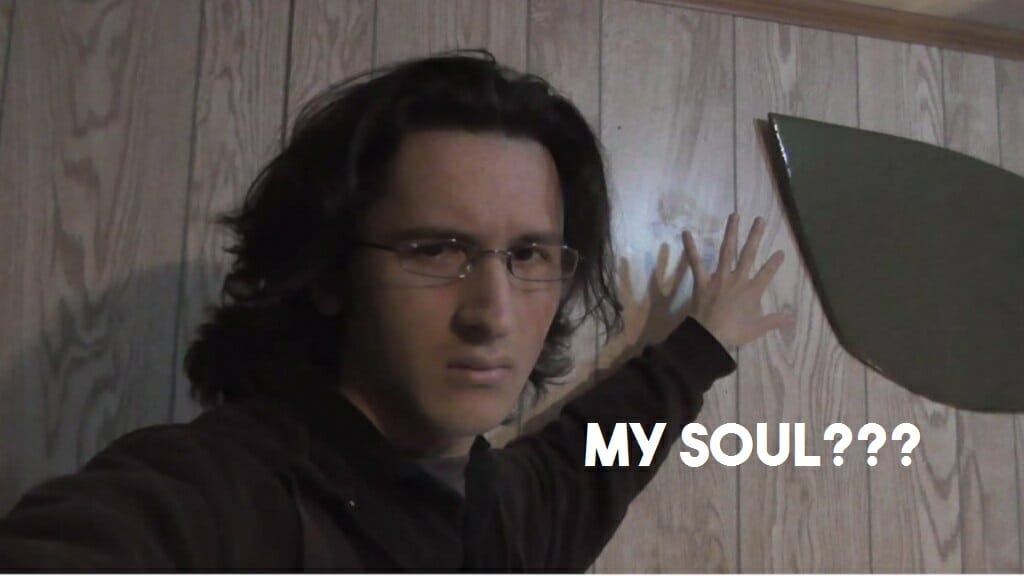 The internet has changed the way we live since way back in the 90’s. The creation of email and Yahoo! search engine has revolutionized the way we communicate and look for information. Yet just like real life, the internet has had its fair share of weird things over the years that we can find. From countless weird videos from Youtube, weird websites like eelslap.com or pointerpointer.com, or just finding weird stuff on Google Maps, the internet is a wonderful place filled with weird things (and people).

But just looking at weird things on the internet can sometimes be unfulfilling to some, which brings me to eBay. eBay is the largest sales service site on the internet now. We can find virtually anything we want to possibly bid on and buy from eBay, and I mean ANYTHING. Here are some of the weirdest things that went for auction on eBay, keep in mind that some of these things people had actually bought. People are WEIRD! 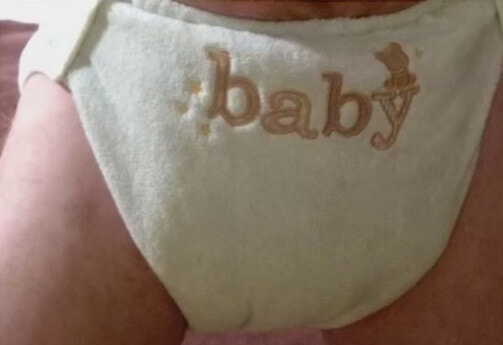 This was the actual quotes from the guy selling it – “The person wearing it will feel just like a big baby”. The diaper actually got sold for $50.99…A person actually spent 51 dollars on this..Let me get my jetpack fueled up because I don’t want to live on this planet anymore.

Yup, you didn’t read that wrong, it is glass vile full of moose poop. The seller said it has no smell even when the cork was taken out and should be used for decoration OR make a jewelry out of it. I guess hanging an actual head of a moose in the house as a hunting trophy or wearing a pearl necklace was too mainstream. This glass vile of droppings was selling for $12.99 and maybe still are. Go check it out if you’re curios enough.

3. Rare Peanut M&M From 1989 With A Piece Of Wood Inside Instead Of A Peanut 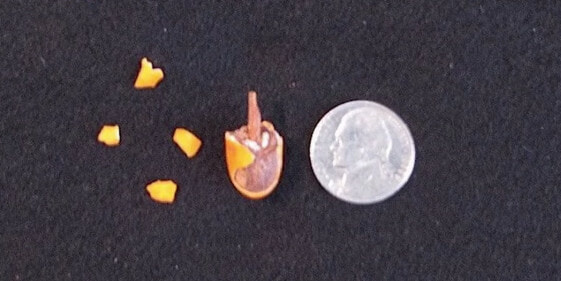 The description says it all. I find it particularly funny that the seller thought it is important to tell the year the piece of candy was from, as if it would be worthless if it was from 2004. Here’s the kicker, the guy is selling it for $825. I will start question humanity if someone was to actually buy this. 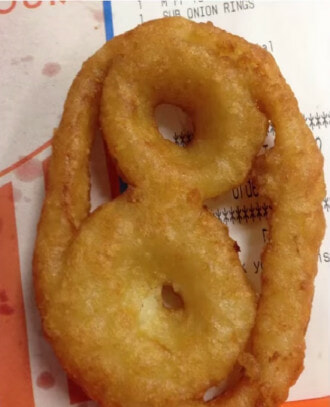 I have to be honest, I would totally be excited if my burger came with an onion ring shaped like this. But I probably wouldn’t be too excited as to sell it for $500 on eBay though. Yes my dear friends, the starting bid for this item was $500. No one actually started to bid on it thank God. 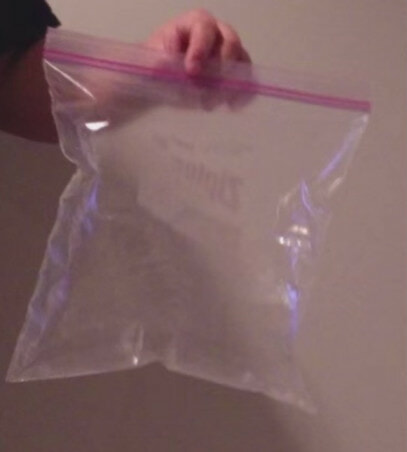 An entrepreneur at his finest. This person is selling a bag of fresh rocky mountain air from Alberta, Canada for $100. What can I say, air pollution in some countries are pretty bad so maybe this could work..Naah I’m just kidding, nobody has since bought any bags of air from this guy so go figure. 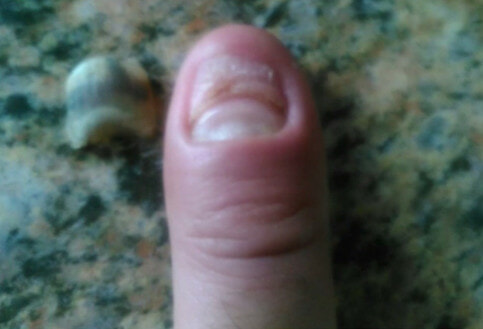 I want to apologize to readers with a weak stomach, this is so ridiculous I just had to put it in. The description for this item simply said “Get it before it’s gone”. Want to know the craziest part? somebody actually bought this for a dollar off of eBay. Somebody. Won a 1 dollar bid. For. A. Man’s. THUMB. NAIL. I’ll just let that sink in and have you question the human race for a bit. 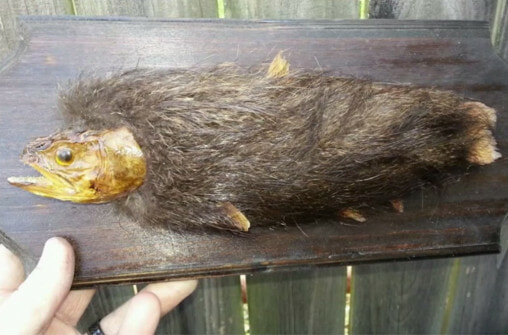 I guess this one seemed a bit plain compared to the other ones on this list, but it is just as weird and creepy AND was actually sold for $99. It is basically a taxidermised trout with beaver hair on it. Man.. some people have very distinct taste for wall decorations.

8. Lady’s Forehead As A Billboard 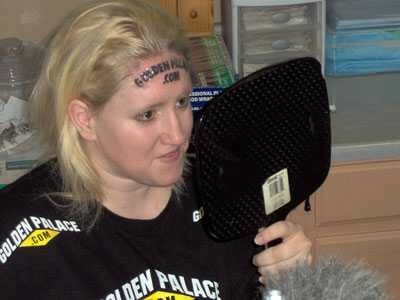 In a desperate attempt to raise money for her son’s college education, Kari Smith decided the quickest way to do so was to ‘sell’ her forehead. She placed a price of $10,000 and vowed to tattoo any slogan across it to any company that would fork out her asking price. An online casino, GoldenPalace.com couldn’t resist and went through with a bid. Just as she promised, the 30 year old mom did so. When Kari asked the tattoo artist if her forehead will become numb in the process, he replied, “It’ll go as numb as your brain.” #shotsfired 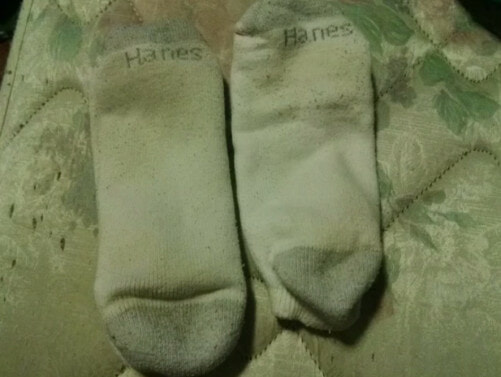 I’d be pretty confused if it was some famous person’s socks but right now I feel downright flabbergasted. The description said “My boyfriend’s stinky gym socks, cleaned ;p per eBay policy.” I’m guessing that ;p means that it hasn’t actually been cleaned? Is this some kind of revenge for the boyfriend? My guess is as good as yours. The Buy It Now price was set for $30. 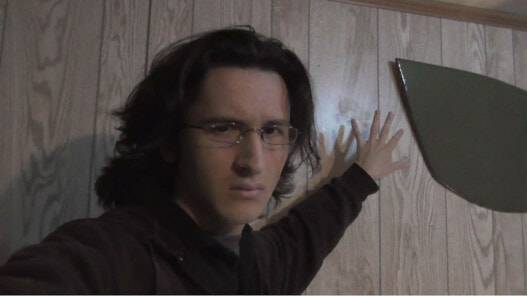 I think this guy made a deal with the Devil but the Devil forgot to take his soul or something, then he said “What the heck, I’ll sell it on eBay!” For only a measly total of $105 his soul can be yours! He said He would ship together a piece of paper with his signature with his soul as it is eBay policy that only physical items can be sold. Way to beat the system man! 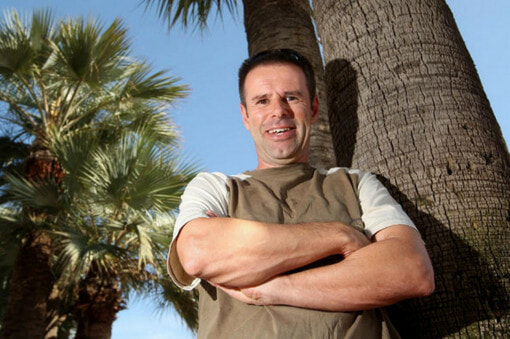 No, this is not the Usher we all heard in the radio or TV. This Ian Usher is just a regular man which was a little distraught following the end his marriage when his wife left him. He took getting a fresh start to a whole new level when he decided to sell his entire life on eBay. Following his divorce in 2008 Usher put up his now infamous “life for sale ad” on eBay that included all of his worldly possessions, including his home and his car, his friends, and even a potential position as a sales associate at his job. Usher made over $300,000 on the eBay auction and began a life of adventure in which he wanted to complete 100 of his life goals in 100 weeks. Unsurprisingly Usher has also penned a few books, including A Life Sold, which Disney plans on turning into a feature film.

12. SOMETHING INSTEAD OF NOTHING NO THING NOTHING ASK ME FOR ADVISE ON SOMETHING 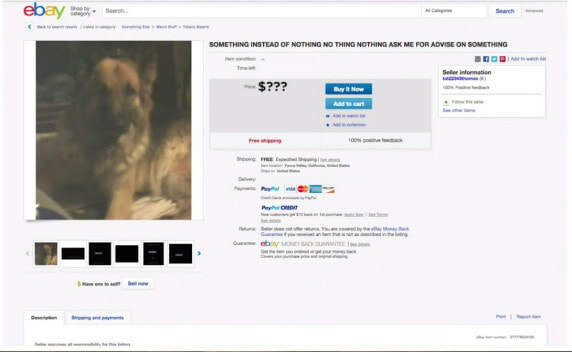 I definitely saved the best for last and believe me, I am as confused as you are now when I saw this. Apart from spelling ‘advice’ wrong, this person is basically selling his advice on eBay. The description reads ” Ask me for advice or opinion on info or topics you need advice or opinion on.” For only 49 cents you could have his advice with free shipping! I have no other words to describe this..and what is with the dog?? At least this guy is being creative, doesn’t change the fact that he’s a weirdo.