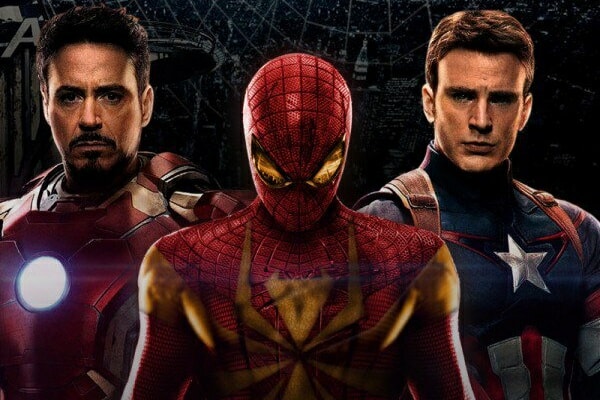 It is official: Marvel has recently released the anticipated list of films they are going to do and those among us who are self-proclaimed Marvel geeks can not just wait, but gots to start speculating! So here are the titles we can expect from Marvel in the near future (arranged in the order from soonest to later) and what we can digest so far… 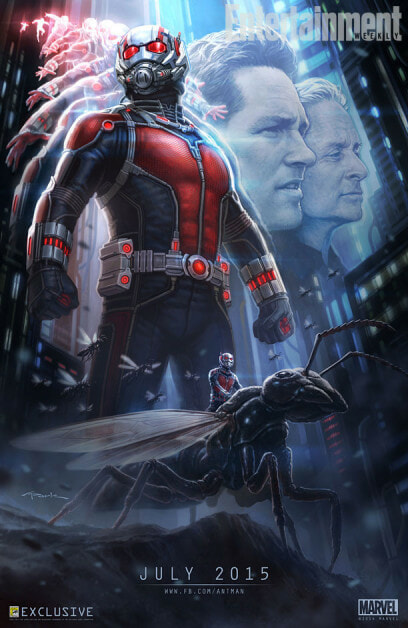 I know this film has already been made and the trailer is already out, etc – but we have to start with the nearest future, right? While we wait for its coming soon to our cinemas, here’s the official synopsis we can gather:
“Armed with the astonishing ability to shrink in scale but increase in strength, con-man Scott Lang (Rudd) must embrace his inner-hero and help his mentor, Dr. Hank Pym (Douglas), protect the secret behind his spectacular Ant-Man suit from a new generation of towering threats. Against seemingly insurmountable obstacles, Pym and Lang must plan and pull off a heist that will save the world.”
The thought on everyone’s mind when the announcement of this movie first came out was probably, “Now how the heck are they going to pull this off? Ant-Man?! As in semut?” Well, judging by the trailer, we can expect this to be a load of fun, with leading-fairly-funny man Paul Rudd as the hero and their constant poking fun at the ridiculousness of the given name.
It is directed by Peyton Reed, and stars Paul Rudd, Michael Douglas as the original Ant-Man, Evangeline Lilly, and Corey Stoll. 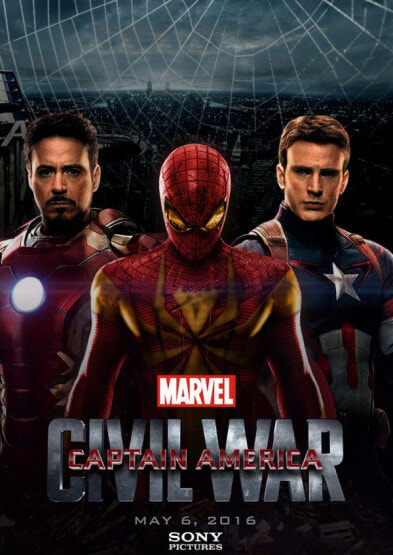 Now here’s a truly much-anticipated movie, not only because of the match-up between the American super captain and Tony Stark, but also for the story’s premise. For those not in the know, here’s the official synopsis:
“In Captain America: Civil War, billionaire Tony Stark is pitted against Captain America aka Steve Rogers in an ethical face-off over the US government’s Superhuman Registration Act, which requires all superpowered individuals register their powers and report to SHIELD.”
Basically, we’ve got the genius, philanthropist, playboy Stark on one side, backing up the government mandated Superhuman Registration Act, that requires all superheroes to be officially regulated as a prevention for future catastrophes. Then we have Captain Steve Rogers fighting against this legislation, believing in true freedom for all and sensing a violation of rights not unlike what he’s already seen with HYDRA. Hence the Marvel superheroes take their sides and, of course, battle it out. What is meant as Civil War is supposedly a war with Marvel civilians in a sense. If that is not exciting enough, due to Marvel and Sony’s new deal, Spider-Man might just turn up in this party too! Be warned though, there are rumours that this may also be the last we see of Steve Rogers because in comic-dom, Steve Rogers would eventually die, leaving his best friend and Winter Soldier, Bucky Barnes to take up the role of the next Captain America. 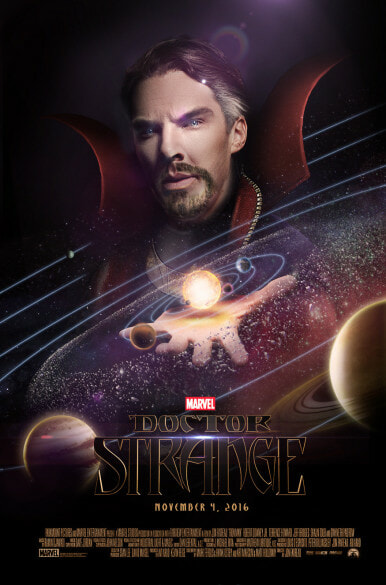 This one is pretty interesting because this is one Marvel superhero that can be said is unlike any other of his fellow, um, colleagues. He is strange, after all. This hero, Stephen Strange, is more so a Sorcerer Supreme rather than doctor as he is a master of all things magic and mystical. So naturally, his stories always feature characters from the supernatural family like werewolves, vampires, demons, monsters, satanic cults and and other nightmarish creatures.
Benedict Cumberbatch is set to play the wizard hero in the Scott Derrickson film with the script written by Jon Spaiths.
Should be “surreally” good.

4. GUARDIANS OF THE GALAXY 2 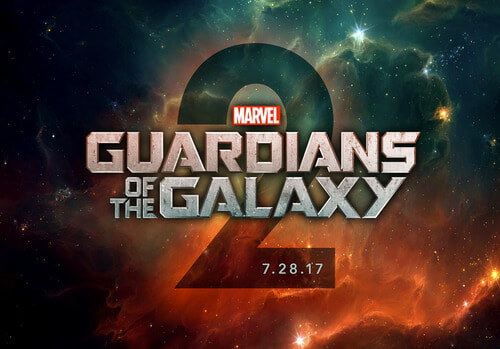 The unexpected and wacky group of space heroes are back with a sequel, to be helmed by the same director, James Gunn. So far, here’s what we can look forward to according to the man, himself:
“It’s not really based on anything. The story for Guardians 2 is an original story that I came up with that I started working on actually while I was shooting Guardians 1, and it’ll answer some of the questions that were put forth in the first movie about Peter Quill’s father and who he is and what’s going on with that. We’ll get to know some of the characters a little bit more and then we’re going to meet a couple of new characters who will be very important to Guardians movies and probably important to the Marvel Universe as a whole.”
He went on to clarify that Peter Quill’s father is somebody different from the comics, so there’s no need to start your comic references research to find out it’s NOT J’son of Spartaxx, the emperor of the galaxy. With the hint of speculating mysteries being answered and a couple of new important characters, this movie sounds easily promising to be another hit. 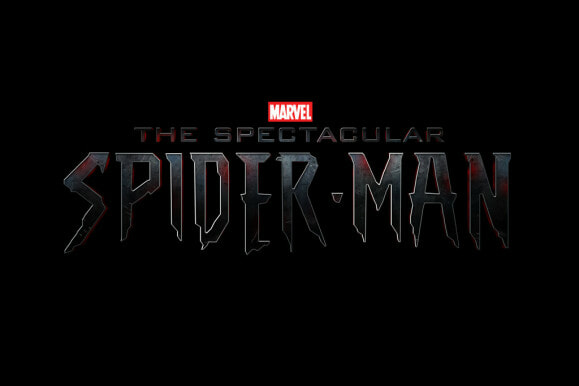 Honestly and personally, this writer is not all that excited for this one because it seems this little Spidey’s story have been told to death in the course of only roughly ten years. But I suppose it is only fitting that Spider-Man come home to Marvel where he belongs and a celebration in the form of his movie is just as equally befitting. So far in terms of plot, nothing has been totally confirmed so it’s really up to speculation. The only thing we do know is that Spider-Man will be a high-schooler in this one… Yes, high school – again! With that in mind, here’s a really big, big, hope that we don’t have to watch another retelling of Peter Parker’s origin or Uncle Ben’s dying breath that with great power comes great responsibility. Would be more exciting if it turns out to feature the other spider-themed crusader, Miles Morales, although that may be unlikely. We’re going to have to wait for Captain America: Civil War to get a better idea.
The movie will be written and directed by Drew Goddard, who had initially been tied to Sony’s “Sinister Six” – the name of the group of Spider-Man villains. 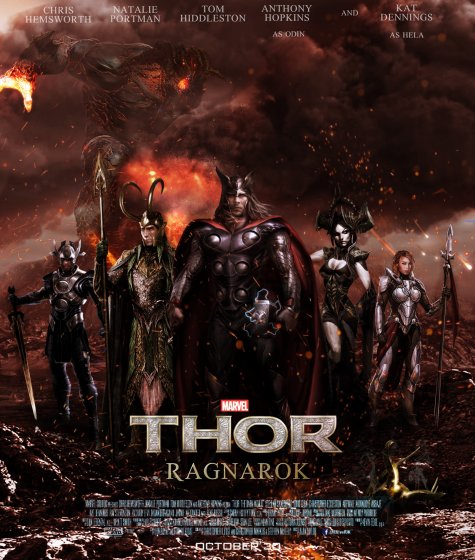 There hasn’t been any announcement of who would write or direct this one, but there is one important confirmation already made: Loki will be in this one, so yay for that! Ragnarok refers to the mythological “twilight of the gods”… meaning this could very well be the last we’ll see of some of the gods’ ends, like Odin, Heimdall, Loki and even Thor, himself – at least that’s how it goes in the comics. For with Thor’s departure and imminent death, the Avengers began to disassemble. If Thor’s hallucination from The Avengers: Age of Ultron is any indication, this is indeed where Marvel is leading up to. But maybe Thor won’t necessarily die but rather go on to rule what would be left of Asgard, still resulting him to no longer be an Avenger. Whatever the consequences, this movie is still something to look forward to as it is promised to be the biggest of the Thor films. 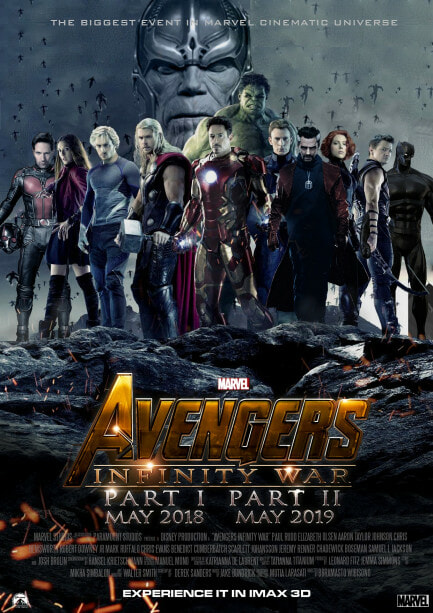 Yes, you read that right, Avengers 3 will be split in two, a current trend in Hollywood ever since Harry Potter. This is a real massive project to look forward as not only will it feature the usual motley crew of Earth’s mightiest avengers, but also a rumoured platform for the introduction of Captain Marvel and The Inhumans. Plus the main arch villain this time around is the all-powerful alien war lord, Thanos. Thus the main plot probably centres around the desperately sought-after Infinity Gems. Maybe this is the film where we’d get to see their combined powers unleashed, who knows?
Whether or not they will be directed by the reliable Joss Whedon has not been confirmed as of yet. Whoever would be in charge would get their hands full, for sure. Hopefully they’ll juggle it right.
The release date for the first part of Avengers: Infinity War is 4th May 2018 and the second part would come after Captain Marvel, Black Panther, and The Inhumans, 3rd May 2019. 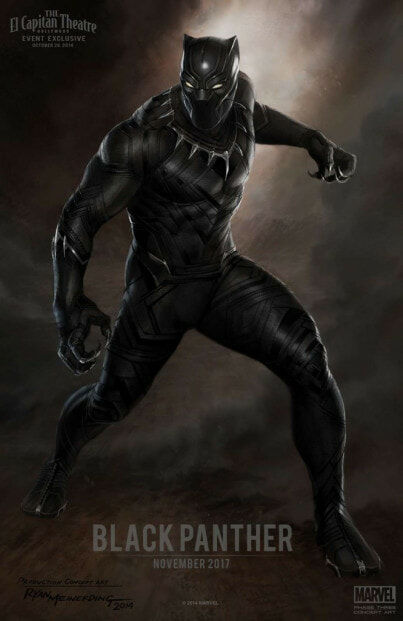 With the introduction of this hero comes a much-awaited diversity in the Marvel cinematic universe, being of African descent. He will first appear in Captain America: Civil War before this solo adventure. F or the uninitiated, Black Panther or T’Challa is an African chieftain of his own kingdom, Wakanda. His stories makes for ideal entertaining thrills suited for cinema as they can be from Ironman-esque high-tech thrillers to high stakes adventure Indiana Jones style.
There is no confirmation for writer or director for this one as well but the actor Chadwick Boseman will take up the role of this super cool hero. 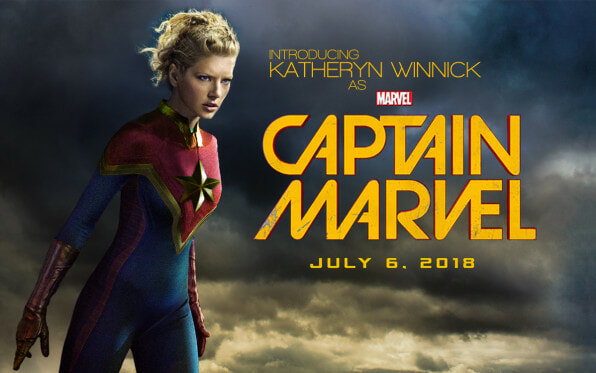 Here’s a movie that yours truly is really looking forward to – admittedly not because she is a personal favourite but simply for the fact that Captain Marvel is a super lady hero! Is saying “Girl Power!” still relevant today? Of course we ladies got Black Widow and now Scarlet Witch on the Avengers team to cheer for, but this particular female protagonist is one to really a force to be reckon with. In short, her powers are at the level enough to become a real threat to a giant like Thanos! Her actual name is Carol Danvers and she served in the US Air Force before she got involved in an explosion of a Kree device (the alien race of Ronan from Guardians of the Galaxy). Uh-huh, exactly, she wound up with the powers and abilities of the Kree race, enabling her to fly, have superhuman strength, absorb and project energy and have limited precognitive abilities.
Who is set to play this larger-than-life Marvel character is yet unknown. Same goes with the directorial and writing names.

Since Fox has yet to let go on their firm grasp on the X-Men, with more movies of the mutants coming up soon, Marvel has the Inhumans to take their place. Just like the X-Men, Inhumans are a band of mutants of sorts. But that is where the similarities stop. Unlike the X-Men who lives amongst the general society of the earth, the Inhumans live on a distant planet or else island all on their own, and also unlike the X-Men whose powers are generated through natural genetics or chemical accidents, the Inhumans get theirs from a sacred ritual. It’s like they are by right their own species with their own brand of culture and traditions, in a way. At the head is Medusa, which the stories tend to center upon together with another character, Inferno. 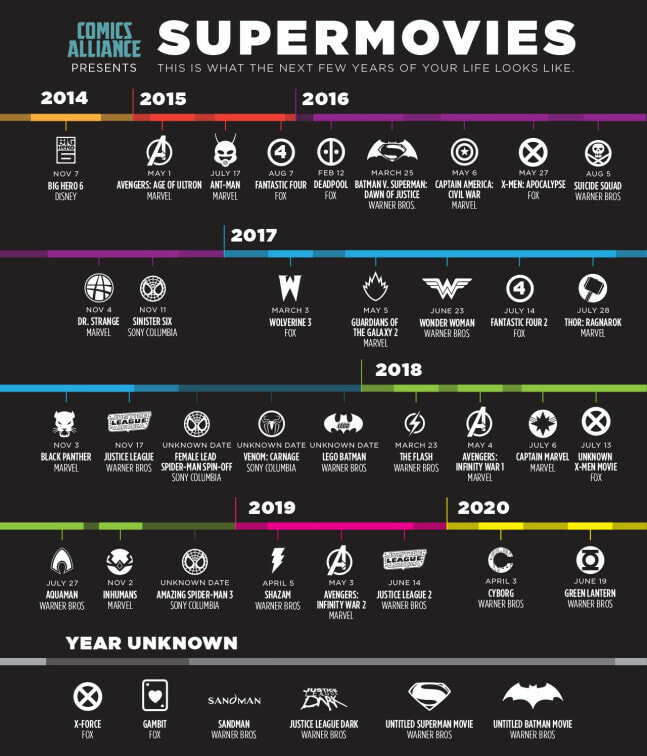