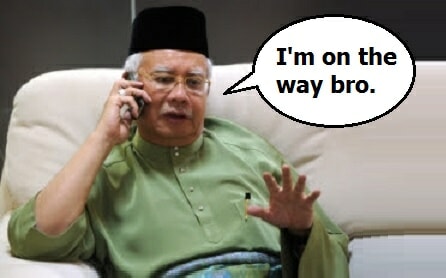 I have been a Malaysian all my life. I have lived here since my brain started to remember things, and I can safely say that we are a unique bunch. We have assimilated various culture into our lifestyle so well that sometimes we don’t even notice it. I once found myself eating Yong Tau Foo, drinking some teh Tarik and having some Karipap, and I thought to myself; this right here is what being Malaysian is all about.

That trio of goodness is one of the things us Malaysians are familiar with, to complete this train of thought I’m having, here are 10 things that Malaysians will definitely know about, that of which makes us unique.

Seriously, who names a language after food, especially one that comprise mainly of fruits lathered in black gooey sauce?? Malaysia’s probably the one country where you can find a lingo that incorporates 3 or even 4 different tongues which can be used in a single sentence. Here’s an example, “Wei, dah kaw tim kerja you? Jom lepak kat kedai mamak jap la, nak tapau makanan untuk family i” That mixture of cultural jargon blended so well that it is usually being associated with the Rojak, a dish I wouldn’t need to explain.

This is a direct result from Bahasa Rojak we all are familiar with. There’s no denying that our dirty vocabulary usually consists of curse words in at least 3 languages. It’s not a good thing, but not necessarily a bad thing either. Sometimes when faced with a very frustrating situation, our mouth can throw out dirty words faster than Busta Rhymes. 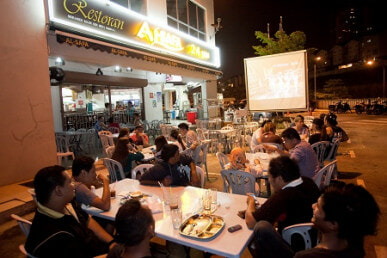 The way mamak have come into our lives were through their glorious, glorious food and 24 hour operation hours (which proves dieting in Malaysia is almost impossible). Mamaks are Muslim Indians which makes up a good quarter of our population. I am talking specifically about the mamaks we love to go to when our tummies are rumbling and to get together with friends, ESPECIALLY during football matches. Mamak restaurants has become a culture in itself in Malaysia, and it’s the one we’re not letting go any time soon. 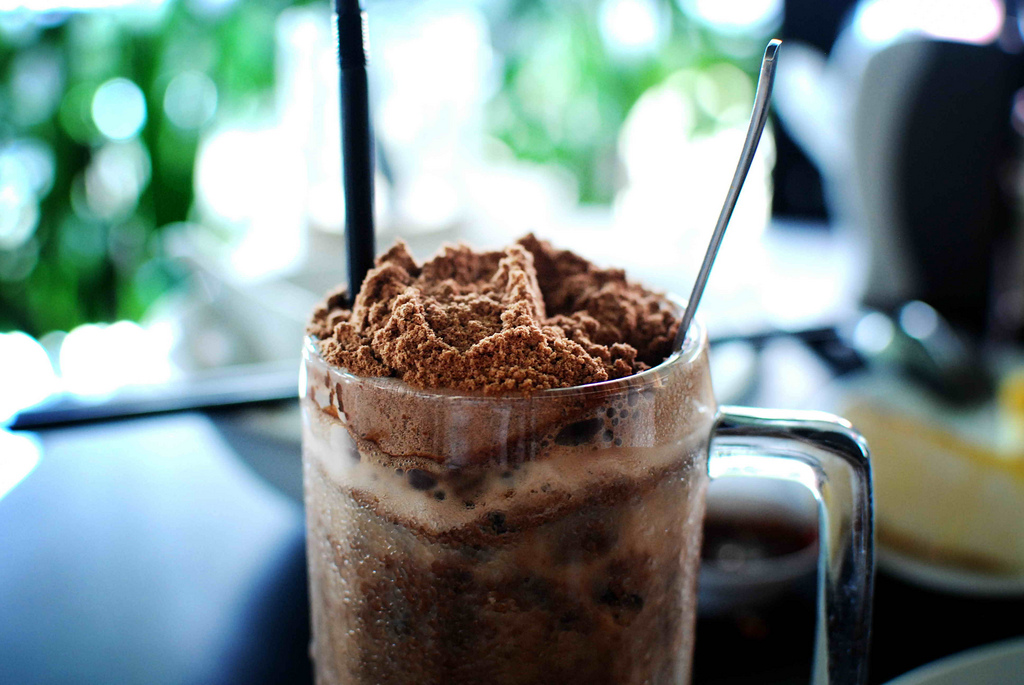 This is one of the example of things that we as Malaysian are very familiar with. Ever heard of Milo Dinosaur? Michael Jackson? or the more deadly Coke Susu? if you haven’t heard of at least one of these as a Malaysian, then you are a pants on fire liar. As a concerned Malaysian, please do not ever try to drink Coke Susu, or you will see yourself becoming a one-legged-diabetic by the end of the sip (see what did I tell you about dieting in Malaysia?)

5. The All Powerful HAND 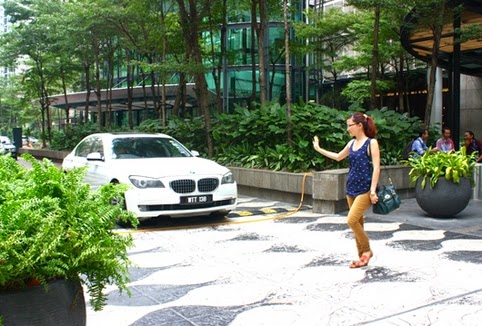 Maybe you’ve heard a joke made by Harith Iskandar about the HAND before, he wasn’t exaggerating. The simple act of holding the palm of your hand up can be used for lots of things. To cross the road without waiting for the traffic light, to thank the other driver for letting you merge, to signal your gratefulness to the Pak Guard for letting you in the apartment without your access card. The uses of the hand are endless! 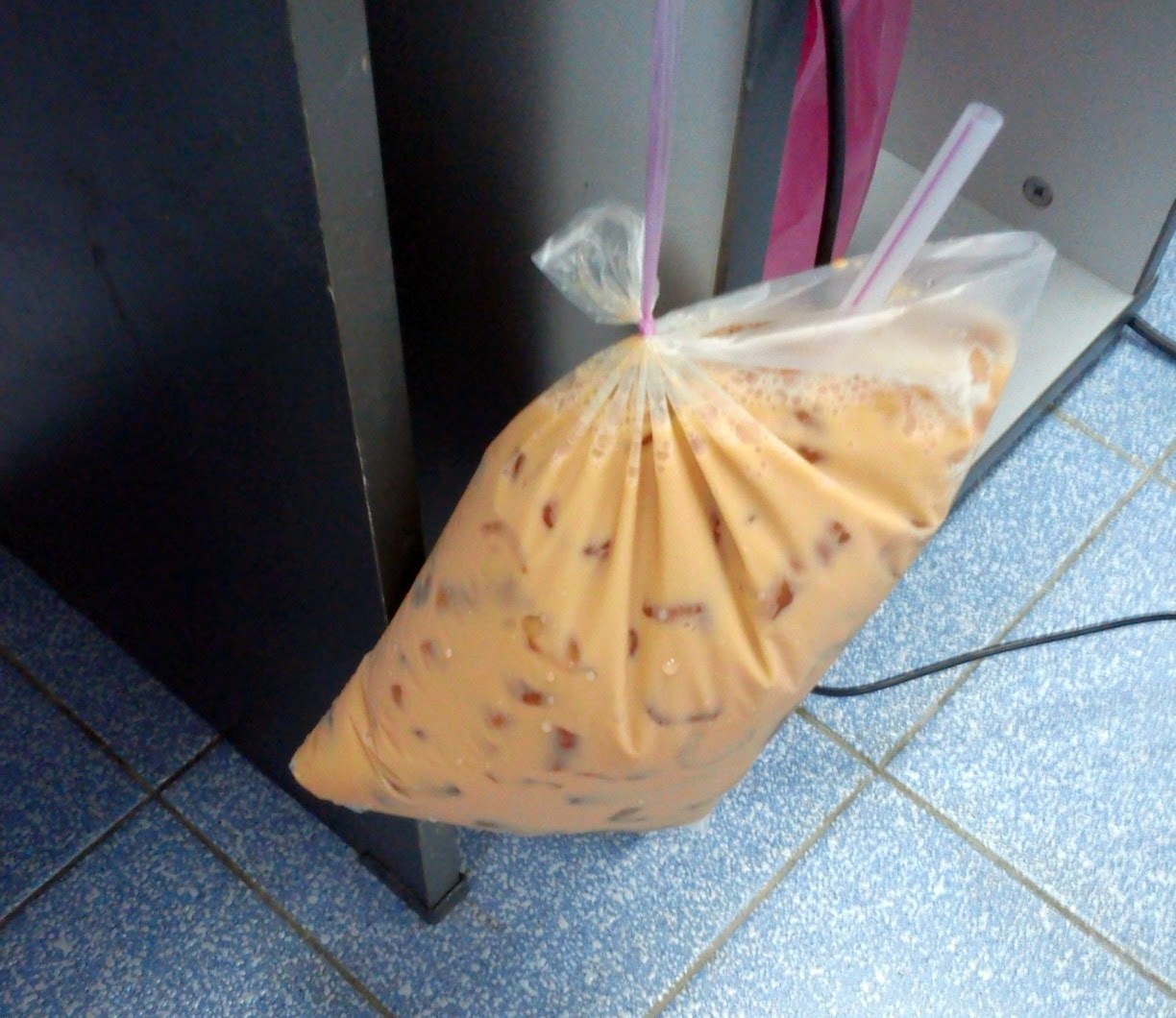 While on the subject of drinks, that Milo Dinosaur you ordered will probably be poured into one of those rectangular plastic bags if it is to go. Usually tied up with a pink Tali Rafia (goes great hanged on bicycle or motorcycle’s handlebars), it is what makes drinking feel so…Malaysian. Nothing screams ‘I am Malaysian!’ more than wearing a rain jacket backwards while riding a motorcycle. More popular to the middle aged bike riders, it is a considered a way to protect their shirts..or something,..I really have no idea why they do that..doesn’t the jacket have a zipper in front of it? Whatever floats your boat I guess! 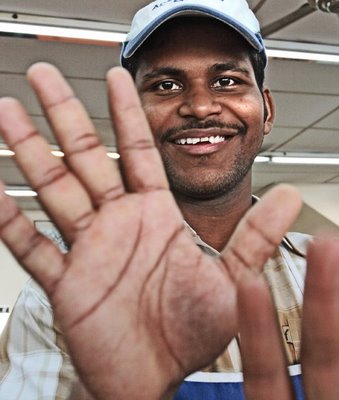 Speaking of Pak Guards, have you ever called one BOSS before? If you have, then you are a true Malaysian. Despite the actual meaning of the word boss, we tend to use them for our security workers, mamaks, barbers, mechanics, shopkeepers, and so many more. Just remember to not call your actual boss in the office the same way you call the mamak to clean up your table. 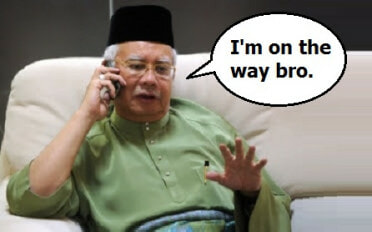 We have all heard this line far too many times in our lives, heck if I had 1 Ringgit every time someone told me that, I’d probably be a millionaire by now! We Malaysian’s know that when someone says, “I’m on the way!”, chances are they’ll be at least another 30 minutes away. 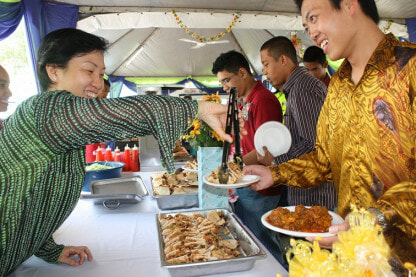 One of the best thing as a Malaysian that I have saved for last. Having a multicultural population means that we usually celebrate more holidays than the average person in another country. The truly Malaysian thing that we do when celebrating Hari Raya or Chinese New Year especially is to open our homes to friends and family, usually with generous serving of food and drinks. I know some people that can live off open houses for the whole month if he had enough friends and family, and don’t even get me started on Ramadan Bazaars! 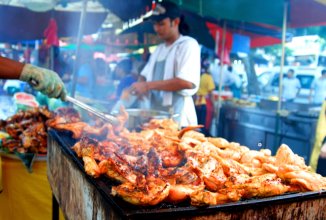