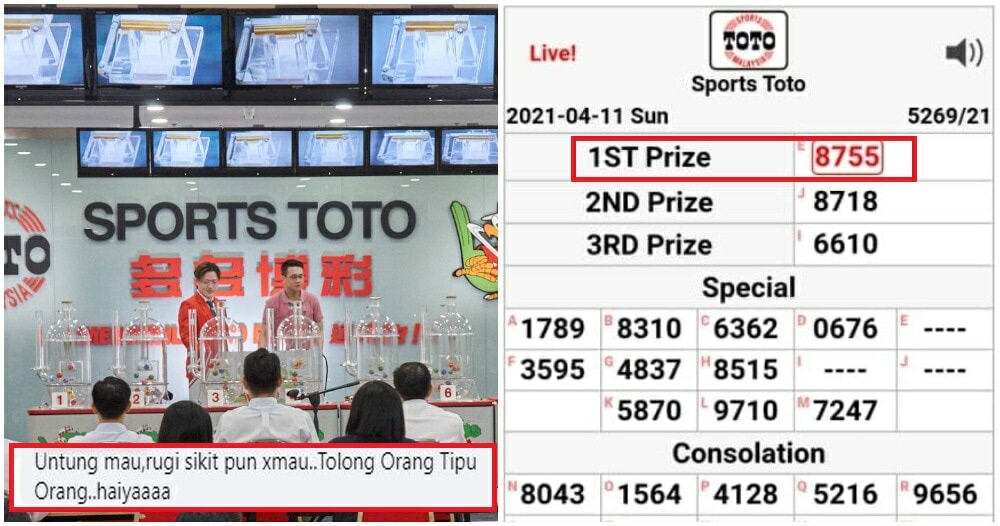 Imagine the joy one would have left merely seconds before finding out the truth!

During the 5269/21 Lotto draw of Sports Toto yesterday(11 April), the first prize winning number “8515” was mistakenly entered as “8755”. Sports Toto Malaysia released a statement on their official Facebook page apologising for the inconvenience caused and clarified that the error was due to human negligence by their typist.

Sports Toto added that their draw is conducted in a fair, transparent manner and in full view of the public.

“The panel of judges for the draw comprises of the three members of the public and they are responsible for witnessing and verifying the winner numbers drawn for the respective games.”

In the statement, they also mentioned that the typist responsible for the error feels terrible about this and will release her own statement. Sports Toto welcomed the public to view the drawing process on the draw days at Berjaya Times Square, Kuala Lumpur. 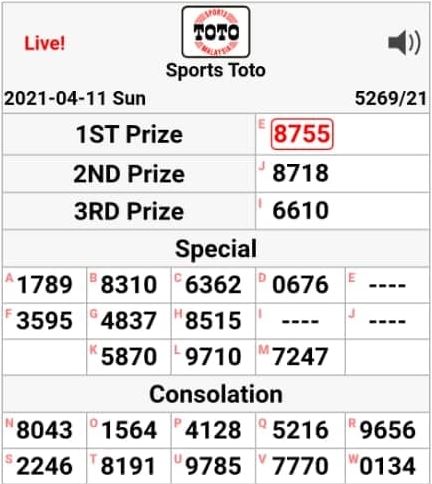 The error made by the typist

Despite the statement, Facebook users couldn’t help but feel cheated and accused Sports Toto of not being able to handle a little loss.

“You want profit but don’t want a little loss. You just help to cheat people!”

“Like that also can? What if the someone had hit jackpot “due to the typist’s error”? Funny lah.” 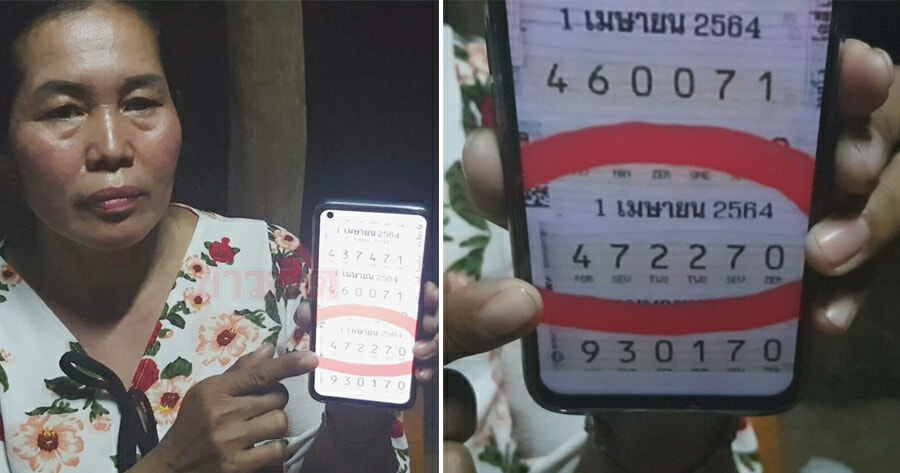